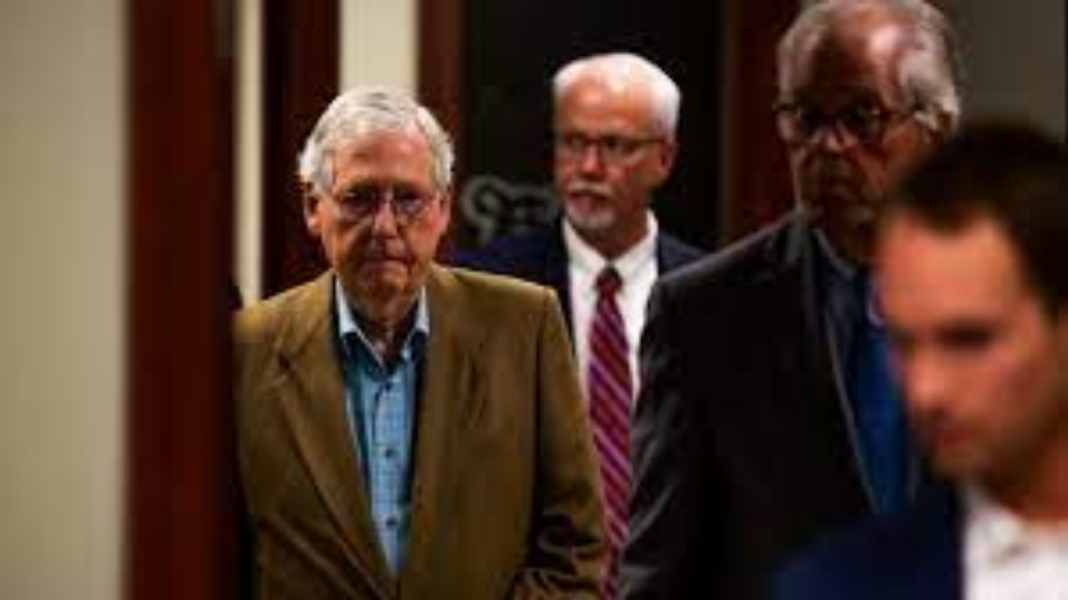 On Sunday Manchin announced that he’d oppose H.R. 1 and oppose limiting the filibuster in order to pass any other voting-rights legislation, reasoning that election reform is the sort of thing that desperately requires bipartisan support for legitimacy. He did, however, assure his party that he supported the John Lewis Voting Rights Act, which would restore the power of the federal government to review changes made to voting laws by states with a dubious history of protecting voting rights. Lisa Murkowski already supported the Lewis Act, Manchin noted in his op-ed, so clearly bipartisanship on this matter is possible.

Except it isn’t. There’ll be no compromise on any federal voting-rights legislation. Not H.R. 1, not the Lewis Act, not anything. Too many Republican voters are too far gone in believing that relaxed voting rules during the pandemic last year were somehow responsible for Trump being cheated. And underlying that suspicion, I think, is a deeper worry that maybe Trump wasn’t cheated, that there are just more Democrats than there are Republicans in the United States and that their advantage is likely to widen as older right-leaning whites are replaced in the electorate by younger left-leaning minorities. Making it easier for low-propensity to vote can only mean making it easier for Democrats to win, or so the fear has it. Trump himself said last year that switching to an all-mail system of voting in the U.S. would mean no Republican would ever win an election again. Many members of the party agree with that, superficially because mail ballots are easier to fake but also because of a nagging fear that higher voter turnout necessarily means Dems win.

Which is ironic, because the GOP turned out enough casual voters last fall to make that assumption shaky. High-turnout elections aren’t necessarily blue-wave elections, even if things didn’t work out for Trump himself on November 3.

The point, though, is that Republicans in Congress who join with Dems to strengthen the feds’ hand in protecting voting rights will be seen by their base as undermining state “election integrity” laws passed by Republican legislatures like the ones in Georgia and Texas. They’ll be accused of complicity in cheating. And so there’s no way Manchin will find 10 Republicans to go along on the Lewis Act or anything else.

He’s not stupid. He surely realizes that sticking by the filibuster on this subject means no voting reforms will pass. But in case there was any doubt, Mitch McConnell set him straight this afternoon.

Under the Voting Rights Act of 1965, certain states had to submit any proposed changes to their voting laws to the DOJ (or the federal judiciary) for approval to make sure that those laws wouldn’t curtail the right to vote based on race. That was known as “pre-clearance,” an unusual legislative exception to state sovereignty under the Fifteenth Amendment designed to undo Jim Crow restrictions on voting, mostly in the south. Twice Congress passed statutes extending pre-clearance under the VRA, most recently in 2006. Among the 12 Senate Republicans who voted in favor was Mitch McConnell. In 2013, though, the Supreme Court struck down the pre-clearance rules in the VRA as antiquated because they were based on patterns of racial discrimination in voting that no longer obtained. If Congress wanted pre-clearance to continue, the Court said, it would need to come up with a new formula to determine which states should be subject to federal pre-clearance before changing their voting laws.

That’s what the Lewis Act would do. But seemingly no one except Manchin thinks it has a chance of passing, including Murkowski:

“I don’t know. I don’t know. It’s a challenging one. I think we just have to be honest with it,” Murkowski said. “You’ve got to find an awful lot of Republicans to join us on this.”…

Sen. John Cornyn of Texas, the former chief vote counter for the Republican caucus, said he opposes the measure and intends to talk to his colleagues “so they understand what the implications are.”

“It is basically doing through the back door what Democrats are trying to do through the front door on S.1 and H.R.1,” he said, using the congressional names for the bills. “What I don’t want to happen is if S.1 doesn’t make it because people like Sen. Manchin are opposed to it that people say, ‘Well, this is kind of a lesser included provision.’ It’s just as big of a problem as S.1.”

“Why are we talking about this if it also is going to fall short of the 60-vote threshold? So this is an abstraction,” said Democrat Brian Schatz to CNN about the Lewis Act. “My view is that anybody who holds the filibuster up as some key element of maintaining democracy has an obligation to be part of the group that produces 10 votes for something meaningful.” Rank-and-file Dems are furious at Manchin but lack any meaningful levers to pressure him. Their scorn only endears him to West Virginia’s very Republican electorate, and they don’t want to alienate him knowing they’ll need his vote on other priorities, like confirming Biden’s judges.

Some lefties in their frustration have begun to target Chuck Schumer instead for not doing more to lean on Manchin. Schumer has an election coming up next year and has worked hard to stay in the left’s good graces, not wanting to be primaried by a progressive like AOC. Suddenly Manchin has caused a rift between the majority leader and his base.

The punchline to all this is that neither H.R. 1 nor the Lewis Act would do much to address the real threat in 2024. Republican state legislatures have been restrained so far in tinkering with election laws; for all the Democratic screeching about Jim Crow, neither Georgia nor Texas did anything draconian to limit voting in their new bills. There’s plenty of time before 2024 for them to pass further restrictions — Trump will be calling on them to do it, without a doubt — but I think it’s unlikely that they’ll take the political risk of targeting black voters. If they’re going to try to game the election, it won’t be on the front end, it’ll be on the back end, after the votes are in. Trump made a half-hearted effort last year to pressure GOP legislatures in states he lost (most notably in Michigan) to void their results on fraud grounds and appoint their own set of electors but he didn’t prepare the political ground beforehand. He sprung it on them in desperation, almost as an afterthought. He won’t make that mistake in 2024. He’s learned now that you can’t overturn a state election without having loyalists in key roles, which is why Trumper Jody Hice is challenging Brad Raffensperger in Georgia for secretary of state. His pressure campaign on Republican legislatures to consider appointing their own electors will also begin much sooner in 2024, not weeks after the votes have already been counted.

If congressional Dems are keen to avoid a crisis in the next presidential election, that’s the problem they should be aiming to solve, not bringing back “pre-clearance.” But how? Does Congress have any constitutional authority to stop a state legislature from appointing a particular slate of electors? A 6-3 Supreme Court wouldn’t look fondly on an attempt by Congress to meddle in elections. And the Fifteenth Amendment probably wouldn’t help since it authorizes legislation to prevent limiting the right to vote based on race, not legislation to prevent a state legislature from making a judgment about fraud and awarding its electors accordingly. (Presumably Dems would sue and claim that black voters who supported the Democratic nominee had been summarily disenfranchised under the VRA when the legislature chose to award its electors to the Republican candidate who lost the election.) Legislation to stop states from overturning the will of their voters is what Schumer and Manchin should be thinking about, not voting reform laws.

But obviously they won’t get 10 Republicans for that either. Until Manchin is ready to talk about tweaking the filibuster all election legislation is dead.

Here he is after meeting today with civil rights leaders. Good discussion, he says. But no, he’s not supporting H.R. 1.

Sen. Joe Manchin (D-WV) details an “excellent meeting” with civil rights leaders, but when asked if his position on the voting rights bill has changed: “No.” pic.twitter.com/8Fmqs6KFWa

Rioters ignore pleas for calm as violence flares in Belfast