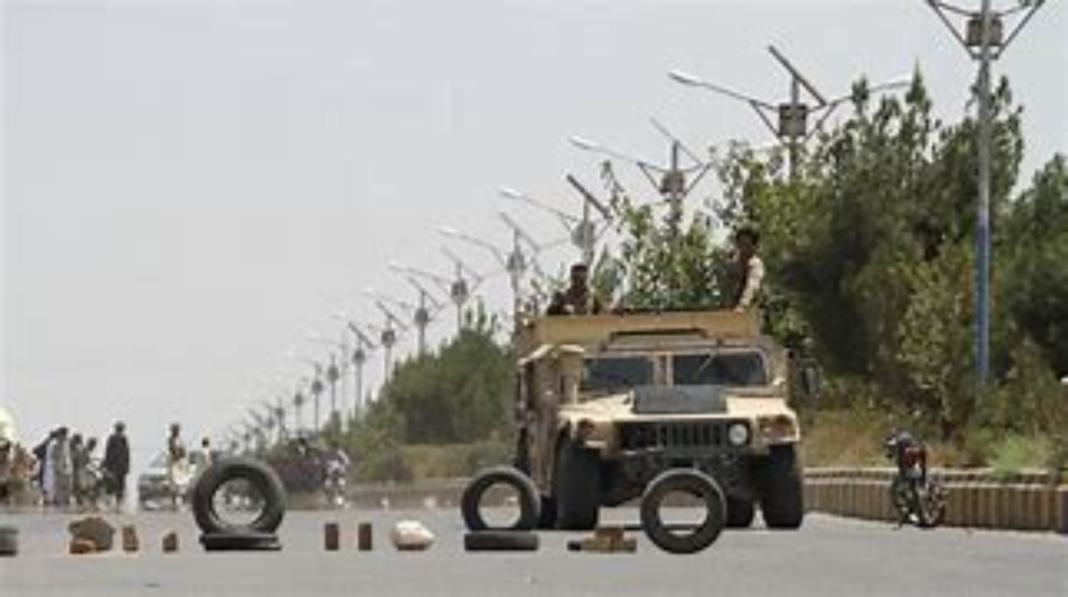 Following news that the Taliban captured the Afghan cities of Kandahar and Herat on Thursday and that the United States is deploying thousands of troops to evacuate the U.S. embassy in Kabul, Senate minority leader Mitch McConnell issued a statement urging President Biden to “immediately commit to providing more support to Afghan forces, starting with close air support beyond August 31st. Without it, al Qaeda and the Taliban may celebrate the 20th anniversary of the September 11 attacks by burning down our Embassy in Kabul.”

“Afghanistan is careening toward a massive, predictable, and preventable disaster. And the Administration’s surreal efforts to defend President Biden’s reckless policy are frankly humiliating.

“The Biden Administration has reduced U.S. officials to pleading with Islamic extremists to spare our Embassy as they prepare to overrun Kabul. Absurdly, naively, our government is arguing that bloodshed might hurt the Taliban’s international reputation, as if radical terrorists are anxious about their P.R.

“The Taliban doesn’t believe in a political settlement. They want military victory and bloody retribution. President Biden and his team have a proud superpower trying to fight atrocities and war crimes with plaintive tweets.

“Unless President Biden adjusts course quickly, the Taliban is on track to secure a significant military victory. The latest news of a further drawdown at our Embassy and a hasty deployment of military forces seem like preparations for the fall of Kabul. President Biden’s decisions have us hurtling toward an even worse sequel to the humiliating fall of Saigon in 1975.

“Here’s what should happen now. President Biden should immediately commit to providing more support to Afghan forces, starting with close air support beyond August 31st. Without it, al Qaeda and the Taliban may celebrate the 20th anniversary of the September 11 attacks by burning down our Embassy in Kabul.

“If we let the Taliban dominate Afghanistan and al Qaeda return, it will resonate throughout the global jihadist movement. It will replay what happened when the last Democratic president let ISIS claim much of Iraq and Syria for a caliphate and a wave of global terrorism was unleashed.

“President Biden’s strategy has turned an imperfect but stable situation into a major embarrassment and a global emergency in a matter of weeks. President Biden is finding that the quickest way to end a war is to lose it. The costs and ramifications will echo across the world.”