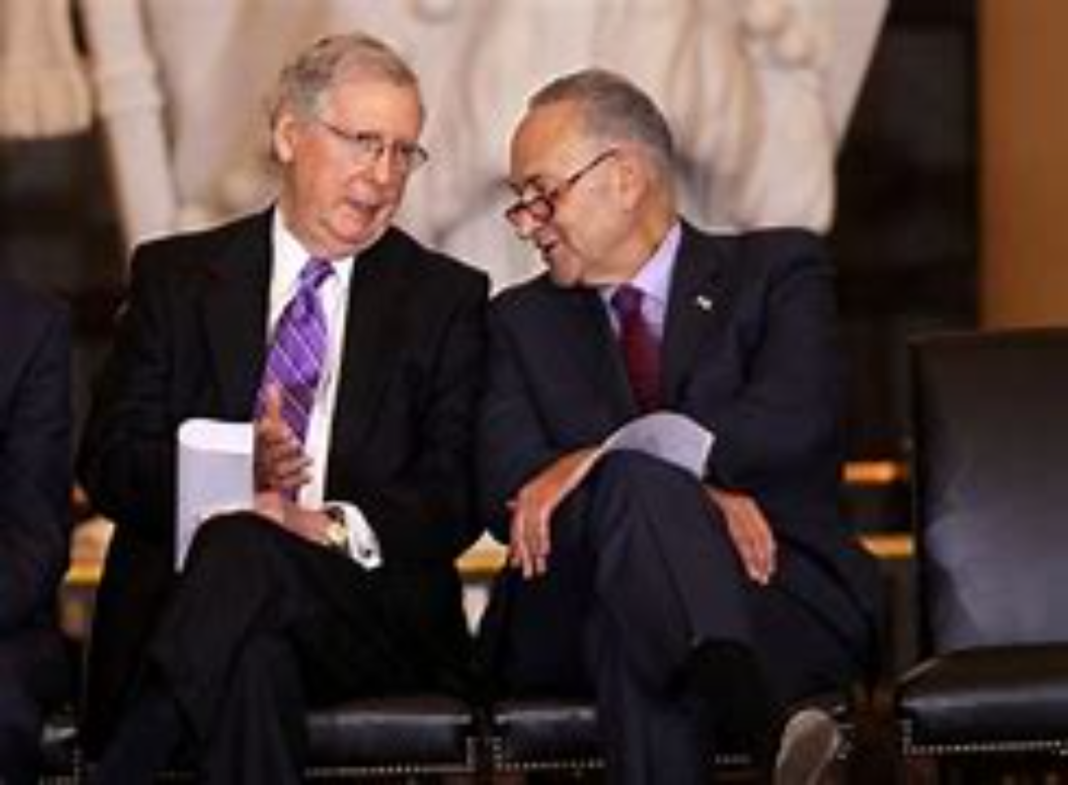 Sen. Mitch McConnell was disgusted with Sen. Chuck Schumer’s “spiking the football” regarding the extension of the debt ceiling, he wrote a letter to Joe Biden, signed it, and even posted it online stating that he won’t be helping Democrats out in the future.

“Last night, Republicans filled the leadership vacuum that has troubled the Senate since January. I write to inform you that I will not provide such assistance again if your all-Democrat government drifts into another avoidable crisis,” McConnell wrote in his letter to Biden.

McConnell wrote: that Schumer “exploded in a rant that was so partisan, angry, and corrosive that even Democratic Senators were visibly embarrassed by him and for him.”

“This tantrum encapsulated and escalated a pattern of angry incompetence from Senator Schumer,” Mitch continues. “It was reminiscent of last year when he joined a protest on the steps of the Supreme Court and shouted threats at individual Justices by name.”

He concluded by saying, “I am writing to make it clear that in light of Senator Schumer’s hysterics and my grave concerns about the ways that another vast, reckless, partisan spending bill would hurt Americans and help China, I will not be a party to any future effort to mitigate the consequences of Democratic mismanagement.”

This is why I say it’s all a dog and pony show from the empty-suited neckless quislings. Mitch is trying to have conservatives believe he’s “fighting,” against Schumer, Biden, and the Democrats but how many times in your life have you seen Republicans truly fight against the liberal agenda to save the country from destroying itself from the inside.

I truly wish the GOP wins the House (once the quislings are primaried) and elect President Trump as Speaker of the House, I would rather have in there, where appropriations start. That’s where the purse strings of the nation are and that’s where Trump can fix a lot of things that are being abused. He can set the agenda and America will see the other side of the truth. Remember, Trump exposed a lot of stuff in the Oval Office, now add Congress.

When will Mitch and RINO’s realize helping Democrats is like apologizing to the woke mob. It gets you NOTHING. You might get five minutes of a break from their nastiness but it won’t even get you five minutes of thanks and unity that they hypocritically call for. NEVER help them and NEVER apologize for something you have no reason or need to.

By the way, does the traitor former WH Press Secretary Stephanie Grisham think her book insulting and stabbing in the back of both Trumps is going to get her in anyone’s good graces especially on the Left.

Of course, it won’t and she’s the typical useful idiot fool Republican fool, just like Mitch.