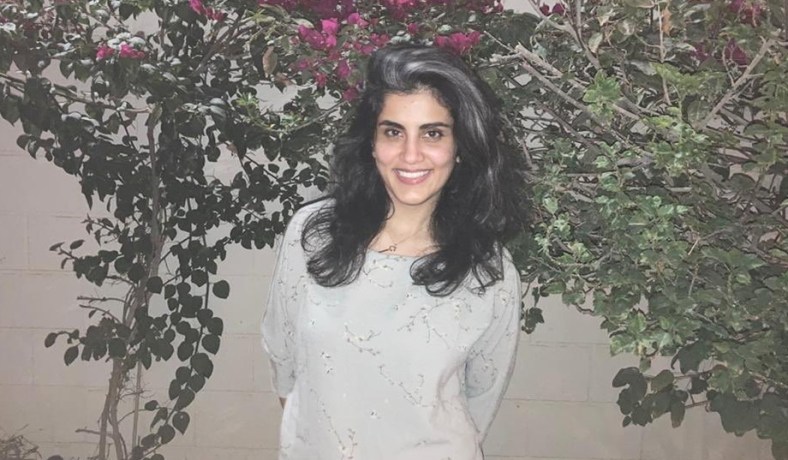 Every once in a while, good news will pop up, like a flower through a crack in the sidewalk. Here is a report from two days ago:

Saudi Arabia released Loujain al-Hathloul, one of the country’s most prominent women’s rights activists, from prison on Wednesday in the clearest sign yet that the kingdom’s leaders were taking steps to assuage President Biden’s complaints about human rights violations.

For the full report, go here. “She was a powerful advocate for women’s rights,” said Biden in remarks at the Pentagon, “and releasing her was the right thing to do.”

I lead my Impromptus today with Loujain al-Hathloul and her fate, and this leads to a broader discussion of human rights and U.S. foreign policy. There is also news concerning Vladimir Kara-Murza, the Russian democracy advocate. I close with some items about music.

Time for some mail. A reader responded to my Impromptus of yesterday. In that column, I said that the Right needed to uproot two lies, in order to regain health: first, the lie that the 2020 presidential election was stolen; second, the lie that the January 6 insurrection was carried out by left-wing groups, such as Antifa.

Our reader — who cannot be named, for a reason that will become clear immediately! — writes,

I agree with you to the core of my soul regarding the lies of the Right. The accountant who sleeps next to me is absolutely convinced that the votes — particularly in Detroit, Philadelphia, and Atlanta — were rigged, and nothing I can present to her will convince her otherwise. This is not the first time we have disagreed on political or cultural issues over the past 45 years, but this one bothers me.

One reason we left Seattle three years ago was the increasing militancy of the Northwest Left, which was fueled by the lie that the 2000 election was stolen. Whenever I pointed out the facts of the case, I was accused of lying, being dangerously insane, or some combination of the two. But then, I expect lefties to behave like overindulged teenagers anyway.

In any event, I would prefer that my conservative colleagues and friends not emulate our more leftward fellow citizens in this regard. If we are to have a soul, we must have some core beliefs and morality. Purging the two lies you point out is the starting point. The de-Trumping of the conservative movement (the Republican Party is another matter entirely) must begin with the disavowal of these lies and their purveyors. We must also forswear the “whataboutism” used to justify the embrace of such falsehoods to begin with.

Thank you. (And my best to the accountant who sleeps next to you.)

I got a letter with an unusual heading — I mean, the Subject heading of an e-mail: “Of Commas and Death.” It is from Derek Blount.

Two things on my mind today.

First, a note of appreciation for your writing. . . .

Second, a note of sorrow and hope.

My father passed away on January 24th. Complications from COVID. Though not a young man (he was 80), he was robust. He’d never been in a hospital in his life except to visit others. He closed out 2020 helping a neighbor build a new barn. Tested positive on January 8th, checked into the ER that night, moved to the ICU the next day, was on a ventilator ten days later, and a few days after that, he had moved on. It was a shock to say the least.

That’s the sorrow part. Now for the hope.

I’ve done some writing in my time, but this was my first occasion to write an obituary. Dad’s obit was both the hardest thing I’ve ever had to write and the easiest. (If you’re interested, you can find it here.)

As I typed it up late that night, only hours removed from the news, I thought to myself, “This was a man who made a difference in the world — a positive difference — but hardly anyone will ever know. He was a quiet man. Lived in a small town in central Texas. No spotlight ever shone on him in life or in death. But he made a difference. How many other men and women just like that are out there? In a time when we’re force-fed one ‘bad news’ story after another (the better to click on, my dear), how many good, decent, hard-working, helpful Americans continue doing what they do and making the world a better place within their own small circle of influence? And they do it because it’s right, and they know there is value in it. And they’re teaching their children to do the same.”

That thought gave me strength far beyond dealing with the loss of my own father. It gives me hope about our great nation. I love America. And though it often feels like we’re headed in the wrong direction (with both political parties going off the rails), I believe that America is still largely made of up good people who want to do what’s right.

There’s hope in that.

There is. There certainly is. Thank you, Derek Blount, and to your father, Louie Blount.