Home Politics Medical Marijuana Not All That Helpful 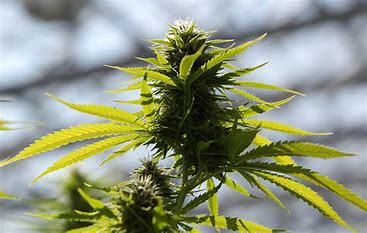 The medical-marijuana movement touts cannabis as almost a cure-all. It supposedly relieves pain, depression, and anxiety, improves appetites for people in chemotherapy, etc.

Well, not so fast. It turns out that there isn’t all that much science behind some of these claims. To the contrary, a just-published study in JAMA Open Network concluded that the issue has not been extensively studied, and moreover, that medical-marijuana cardholders did not experience many of the supposed benefits of cannabis — other than sleeping better — but did experience an increase in cannabis use disorder (CUD). From the conclusion:

Please note that the issue of appetite improvement was not discussed, and indeed, cancer patients were excluded from participation. That’s too bad, because this use clearly seems beneficial.

Part of the problem with getting the scientific facts about medical cannabis has been the difficulty in conducting studies due to the ludicrous Controlled Substances Act’s listing marijuana as a Schedule 1 drug, meaning that as a matter of federal law, marijuana has “a high potential for abuse” and “no currently accepted medical use in the US” — which I have opposed. Indeed, the law makes itself ridiculous by making that assertion.

Does this study’s generally negative conclusion matter in the larger scheme of things? Perhaps not all that much. I have always believed that the medical-marijuana movement’s primary purpose was to soften the country for legalization of recreational marijuana. Indeed, the “letter from a doctor” to obtain MM was often treated as more of a joke than a real limitation on access.

Now with the full legalization mission fundamentally accomplished — which I also oppose, for whatever that is worth — perhaps proper scientific studies on cannabis as a medicine can be conducted. I hope so. Because the sooner we fully discern the maladies for which cannabis actually helps — and those for which it offers little benefit — the better off sick people will be.

Paragon of Clean and Fair Politics

Stacey Abrams is a Fraud