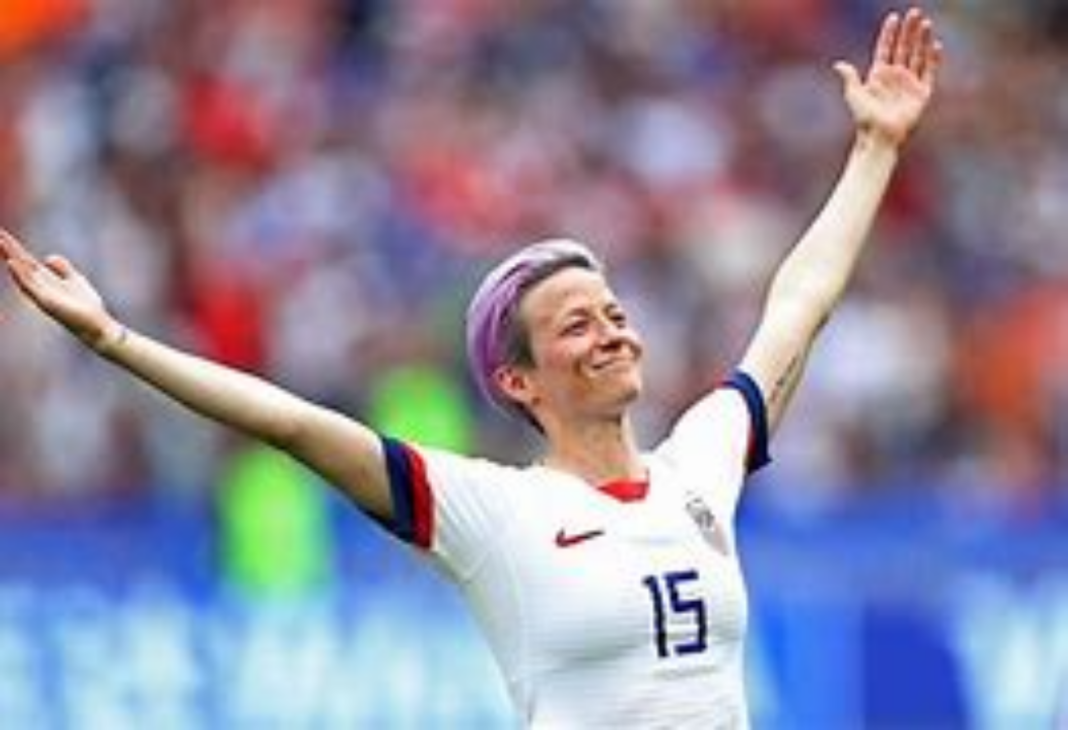 Let he without sin cast the first stone.

None of us are perfect, and that type of “bar” can never be met by mere mortals…but these are the rules that the left has made for everyone else, and now, they’re all getting eaten alive by the “Cancel Culture” monster they created, which was clearly not part of their plan.

And the latest insufferable “woke” jerk to get taken down by her own racism and hate is none other than Trump-hating women’s soccer star Megan Rapinoe.

Yes, the woman who has been standing on her tiny soapbox telling me and you how to live, speak, think, and feel, and who’s called all of us racists, is now getting a taste of her own toxic medicine as a nasty past tweet rears its ugly head.

National Pulse reported that Megan Rapinoe – a “woke” professional soccer player who’s made headlines for her far-left activism and anti-Donald Trump stunts – appeared to mock Asians in old posts on Twitter, writing “u look asian with those closed eyes.”

Rapinoe shared the tweet on May 19th, 2011, prefacing her post by tagging the user “tasha_kai00.” While the account has since been deleted, archives reveal the account belonged to professional soccer player Natasha Kai, who is of Hawaiian, Chinese, Filipino and Caucasian heritage.

The unearthed post follows years of ardent left-wing and anti-Donald Trump activism from the soccer player, who notoriously feuded with the former president about her refusal to visit the White House in 2019. “Megan should WIN first before she TALKS,” then-President Trump tweeted in response to Rapinoe insisting “I’m not going to the f*cking White House” in an interview during the World Cup.

Rapinoe has also advocated for transgender participation in female sports and decried events from January 6th as a “white supremacy mob” attacking the U.S. Capitol. “Unleashing a White supremacy mob is nothing new to America as people of color, Black and Brown, know that very well. If we do not punish this and investigate this to the fullest extent it only encourages more of this to happen,” Rapinoe asserted.

Rapinoe, who has also refused to stand for the national anthem, has collaborated with the Biden White House on initiatives combatting alleged gender inequality.

I’m sure Megan will send out a flimsy typical “liberal” apology and claim that she was “misguided” back then, and wasn’t thinking clearly, and ask for “forgiveness,” bla bla bla…

But Megan should receive the same exact intolerant response that she and her ilk would give to someone else on our side…and you may think “that’s not who we are…we’re better than that…” but you’d be wrong.

I’m sorry to say, but this is who we need to be if we have any hope of beating these communists because they’re playing for keeps  – and the only way they win, is if we don’t beat them at their own game.