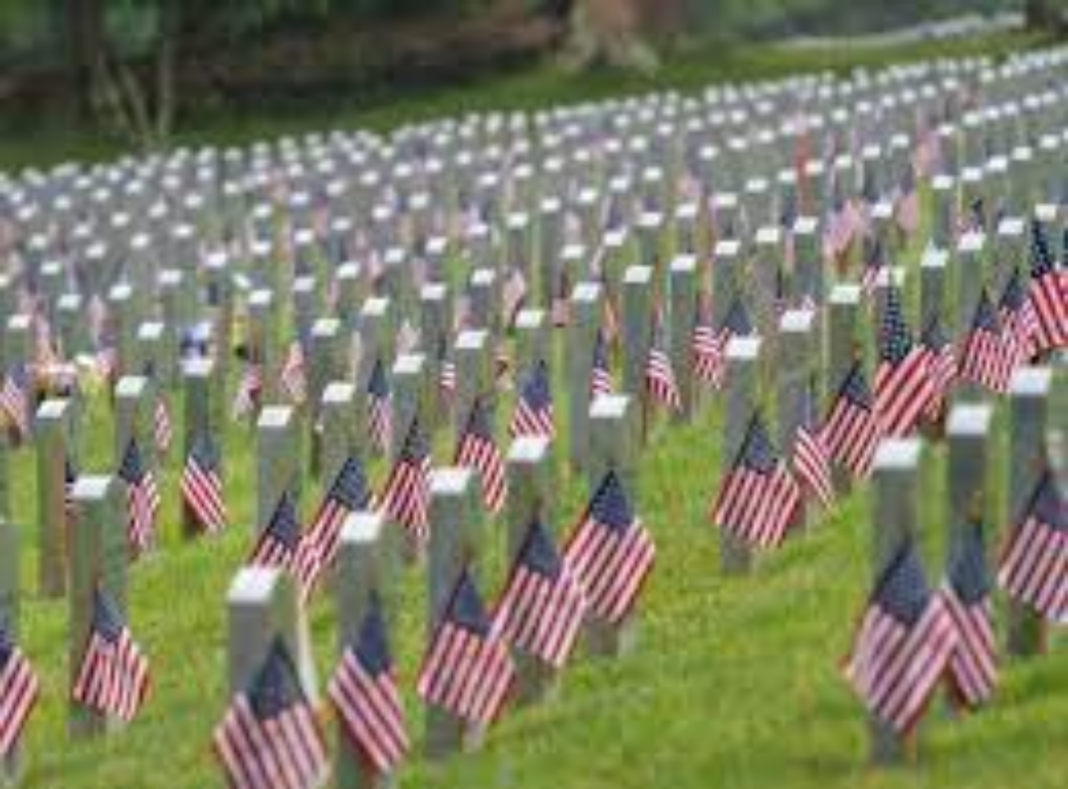 In Virginia forests, it’s a bit different. Unlike Flanders, nobody died at Quantico National Cemetery. About 30 miles south on I-95 from Washington, D.C., in Prince William County, Va., it became a national cemetery in only 1983. “Quantico” is synonymous with the Marines, and until then, the land that’s now the cemetery was part of Marine Corps Base Quantico.

The more famous Washington-area national cemetery in Arlington is the focus of our attention on Memorial Day, with the president laying a wreath at the Tomb of the Unknown Soldier. Arlington is remarkable, and it’s a must-visit for sightseers. The various monuments and arches and breathtaking views of the city from Arlington House are all worth your while.

But Quantico is more spartan. It has no tourist aspirations. Tucked into the forest, it’s not on any vacationer’s checklist. And as a newer national cemetery, the visitors it does get are mostly family members of recently deceased veterans of all branches of the military.

Today it was decked out with thousands of American flags. Every grave had a small one. Larger ones flanked the roads. There were many people there, but it wasn’t packed. You could easily drive past cars parked along the road where people had gotten out to visit graves.

The graves at Quantico are organized by date of death, regardless of conflict. It’s not uncommon to see veterans of World War II, Vietnam, and Iraq buried in the same row.

The visitors are evidence of the military’s assimilating effect. Every skin color, every family size, every age was represented.

There was a man wearing a Marine Corps T-shirt. He finished at the grave he was visiting, stood ramrod-straight, and saluted, holding it for about five seconds. When his hand had returned to his side, he walked back to his motorcycle.

There was an older man standing before a grave who seemed like he was talking on the phone. Upon further inspection, however, you realized that he wasn’t. His voice shifted to the wrapping-it-up tone, and he said, “Alright, Hon,” just like anyone would before hanging up with his wife. Unlike the man in the Marine Corps shirt, however, he didn’t return to his vehicle. He kept standing there, arms folded.

There was an Army officer in his dress uniform. He looked sharp, but you can only imagine why he was visiting a grave today.

Section 31 was one of the busier sections. It contains the graves of people who died in late 2020 and early 2021. The sod is still fresh, and some graves have temporary markers because they’re still waiting for headstones. It’s their families’ first Memorial Day without them.

Arlington is, to put it crudely, full. Over 400,000 people are buried there, and there’s only so much land. Quantico does not have that problem. Section 28 of the cemetery is bordered on two sides by a construction site. “GRAVESITE EXPANSION” reads a nearby sign from the Department of Veterans Affairs. It’s accompanied by the standard construction site sign informing you that it’s been 33 days since a lost-time accident, and “The life you save may be your own,” which is a bit of an odd thing to read in a cemetery.

Advance planning for the National Cemetery Administration, the Veterans Affairs agency that maintains 155 cemeteries across the country, must be a particularly morbid experience. It should be the job of every defense policy planner to make the need for cemetery expansion proceed as slowly as possible.

As long as we have a military, we will have dead servicemen and servicewomen. They sign up knowing the ultimate sacrifice is possible, and they are willing to make it. “In Flanders Fields” is narrated by “the Dead,” but it is not a pacifist poem. The final stanza is an injunction to press on:

Take up our quarrel with the foe:

To you from failing hands we throw

The torch; be yours to hold it high.

If ye break faith with us who die

We shall not sleep, though poppies grow

Memorial Day at Quantico demonstrates that we haven’t broken faith with the Dead. May they sleep in perfect peace knowing that the living will hold the torch high.