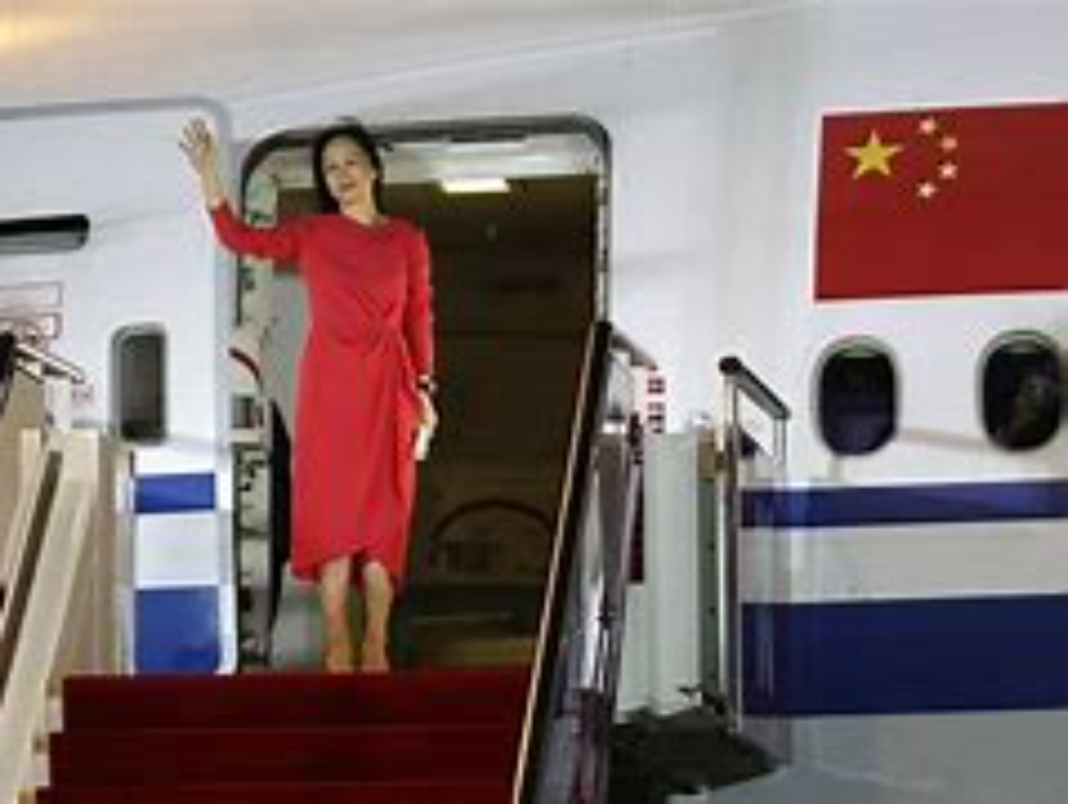 If I had to guess, this is an attempt to look less ridiculous to the Europeans.

A Chinese technology executive held in Canada on US fraud charges has left the country after a deal with prosecutors, following years of diplomatic tensions over her fate.

Meng Wanzhou, chief financial officer of Huawei, was detained on fraud charges in December 2018 at the request of the US.

On Friday, the US Department of Justice dropped an extradition request for her.

The case infuriated China and strained relations with the US and Canada.

It also prompted accusations that China had detained Canadian citizens in retaliation, which China denied.

“My life has been turned upside down. It was a disruptive time for me,” Ms Meng told reporters after being freed from Canadian detention.

“Every cloud has a silver lining,” she continued, adding: “I will never forget all the good wishes I received from people around the world.”

The whole Australian-French-US-UK submarine fiasco, and the weird saber-rattling that followed, kind of made America look as insane as its leadership actually is.

If America is really planning on stirring up some kind of serious conflict with China, they definitely can’t have Europe just bailing on the entire NATO project, which is looking like what would obviously happen right now.

The problem is, the Chinese are so timid and careful that it is just impossible to make it look like “China started it.”

The US Military is constantly circling Chinese territory with war planes and racing warships back and forth through their waters, while making nonstop threats. The media doesn’t really report on it, but since Biden took over, the military has just started directly menacing China nonstop.

What exactly does Europe get from a war with China?

The only reason Europe would go along with a war with China is if they felt the US had the ability to intimidate them into it. And even then, the people of Europe won’t go along with it, so the leaders, already pressed by enforcing the mandates of Lord Fauci, are going to be in a pickle. There’s a real chance that the US just looks so ridiculous at this point that Europeans would just be like “yeah okay, actually – no.”

So that’s why I think they released Meng. To make themselves look less deranged. Kidnapping a powerful tech executive who was on a business trip in Canada was a really, really wild thing to do. Like, imagine if Elon Musk was on a business trip in Malaysia, and the Chinese government ordered him kidnapped by Malaysian cops, claiming that he’d illegally violated Chinese sanctions against Taiwan. That would literally be the exact inverse of what happened.

What do you think America would do if that happened?

In China’s case, they just said “China people has a feeling this is very bad behavior and unfriendliness with a nasty spirit of rudefulness.”

There is no single person on earth who would willingly choose to deal with the Americans instead of the Chinese.

America is now like a belligerent drunken police officer with an assault rifle running around a resort hotel and forcing vacationers to have butt sex with each other.

Critical Race Theory is the cancer in our Public Schools