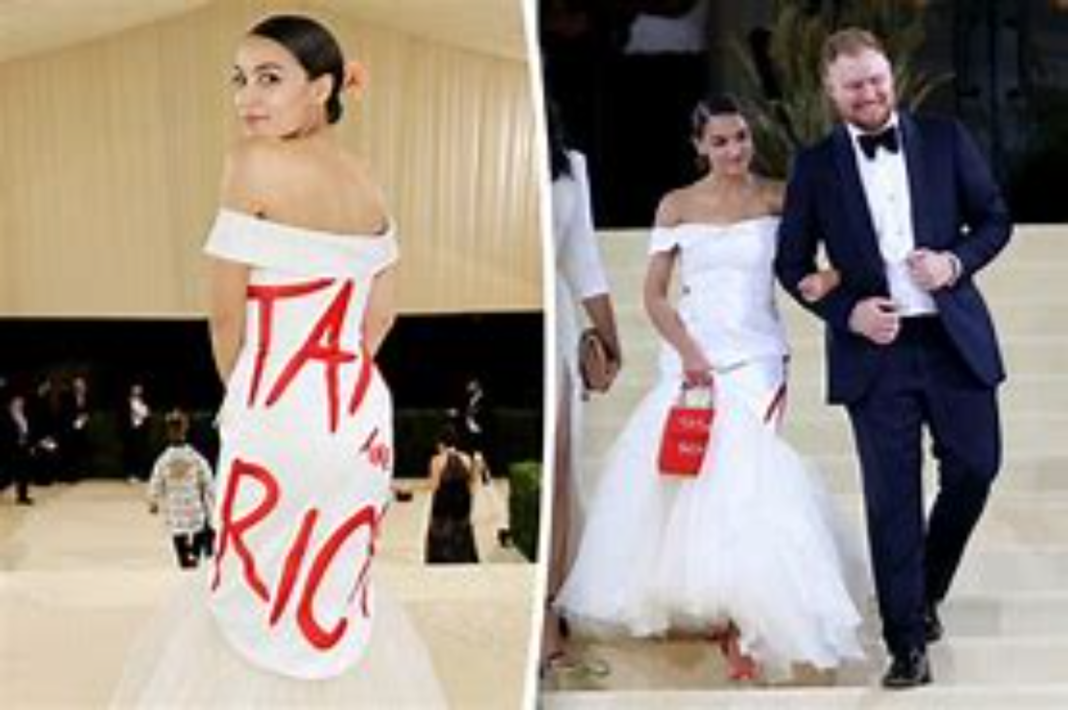 A second ethics complaint has been filed against Alexandria Ocasio-Cortez for her appearance at the $30,000 per ticket Met Gala.

The congresswoman has faced serious backlash for her attendance at the event, where unmasked elites were served by masked workers.

Socialist congresswoman @AOC gets a warm & exciting reaction from fans as she exits the Met Gala while a masked worker carries her long dress so it is not dirtied on the New York street. She departs with her entourage. pic.twitter.com/Bgoqj0qgVa

On Thursday, the National Legal and Policy Center joined the American Accountability Foundation (AAF) in filing an ethics complaint for her acceptance of the tickets and the lavish gifts that come along with it.

AAF filed a complaint on Tuesday saying that Ocasio-Cortez violated House Ethics rules by accepting “an impermissible gift” of the highly coveted tickets.

The NLPC took things even further in their complaint, which was filed with the Office of Congressional Ethics. According to a report from the Daily Caller, the organization argued that Ocasio-Cortez’s acceptance of free tickets for both herself and her boyfriend violated gift rules. They also stated that she recieved a prohibited gift from a paid attendee at the gala by sitting at their sponsored table — which are valued at up to $300,000.

The complaint did not stop there.

“Representative Ocasio-Cortez may have violated the House Gift Rule by accepting free admission for herself and boyfriend to the Met Gala event and receiving related gifts before, during, or after the event, including the use of custom-designed dress, limousine service, the use of the Carlyle Hotel, professional hair and makeup services, and any other related services or goods,” stated the NLPC’s complaint, which was filed by the group’s counsel, Paul Kamenar, and obtained by the Daily Caller.

“In short, it is the table sponsor who is gifting or underwriting a coveted seat to AOC at the Gala,” the complaint states. “And if the sponsor of the table where AOC sat was one paid for by one of the corporations attending the event, such as Instagram or Facebook, AOC has received a prohibited gift from the corporation that also lobbies Congress.”

A spokesperson for the Metropolitan Museum of Art, the charity that receives the proceeds of the Met Gala, told the Caller that AOC was a “guest of the museum.”

On top of all that, Ocasio-Cortez also accepted a ticket for her boyfriend, Riley Roberts. According to House Gift Rules, lawmakers are only allowed to provide a second ticket to a charity fundraiser to a spouse or dependent child.

“Thus, because her boyfriend is not her ‘spouse or dependent,’ her acceptance of an ‘invite plus one’ to the Met Gala would violate the Gift Rule unless AOC or her boyfriend paid for his $35,000 ticket, an unlikely scenario,” the NLPC’s complaint states.

Even the designer “Tax the Rich” mermaid gown that AOC wore might have violated the ethics rules. NLPC’s complaint argues that Ocasio-Cortez’s use of a custom “tax the rich” dress, even if borrowed as she claims, violates the gift rules because the designer used “valuable professional services in designing and making this one-of-a-kind dress.”

Democrats: Cut off my reproductive choice, and I cut off yours

Why does the Democrats hate Voter ID?