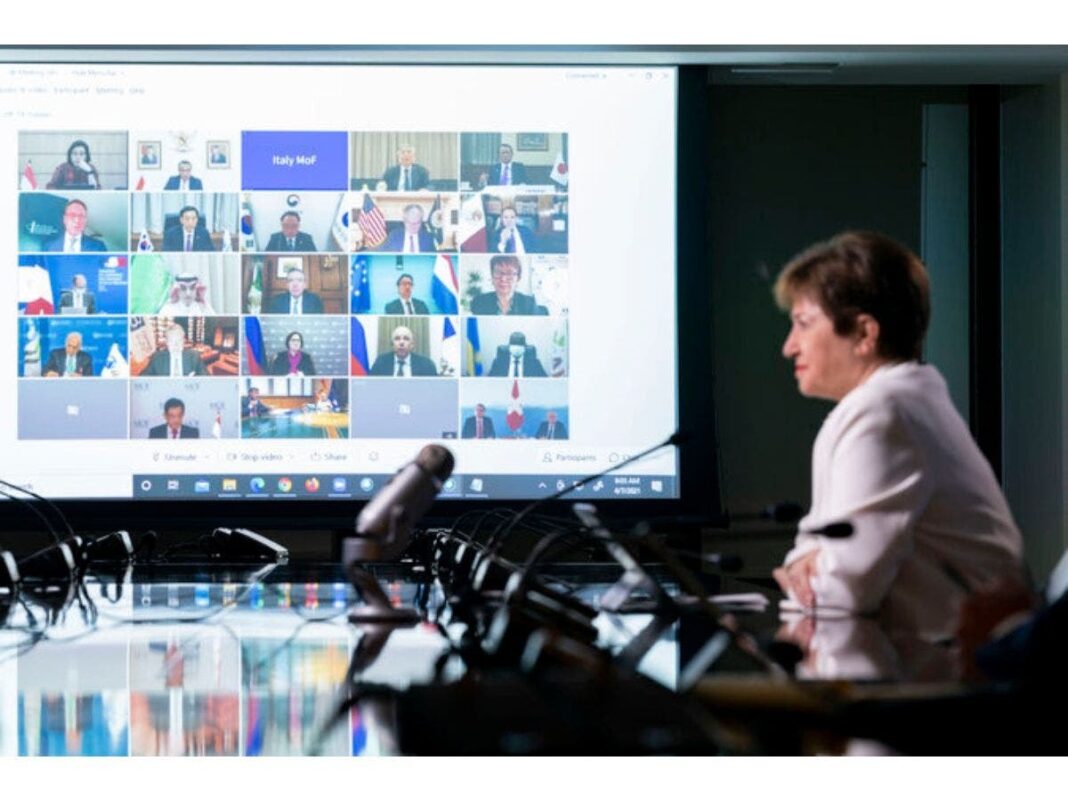 Mexico and Argentina called Wednesday for new mechanisms for debt relief for middle-income countries, arguing that it could prevent a financing crisis arising from the coronavirus pandemic.

Both nations presented a joint statement issued during the Spring Meetings of the International Monetary Fund (IMF) and the World Bank and the Group of 20 (G20) Finance Ministers’ meeting.

The two Latin American countries presented a set of proposals to prevent the severe economic and health situation caused by the coronavirus pandemic from turning into a medium-term debt crisis.

The first proposal is to examine new mechanisms so that middle-income countries can take advantage of the new proportional allocation of IMF special drawing rights when required; in other words, that they have more access to the organization’s reserves.

The other proposal is to analyze the possibility of creating a specific fund within the international financial institutions, which will allow middle-income countries to restructure their debt and improve their financial conditions.

Mexico and Argentina indicated that it is imperative to evaluate the impact of the pandemic and the scope of new support mechanisms currently under discussion to promote the economic recovery of low- and middle-income countries (MICs).

“The majority of people who may face extreme poverty due to the current crisis reside in countries with middle-income levels,” the press release states.

“MICs tend to have, albeit sometimes intermittently, access to capital markets, but not at low rates. For this reason, it is critical to consider new mechanisms where new SDRs allocated proportionally can benefit MICs in need,” the two governments said.

“In the framework of the #WorldBank and #IMF #SpringMeetings, and today’s meeting of #G20 Finance Ministers, the finance ministries of #Argentina and #Mexico issued a communiqué requesting a broad allocation of #IMF Special Drawing Rights.”

“This will prevent the health and economic crisis from turning into a debt crisis in the medium term, allowing the vast majority of the world’s population not to become the forgotten majority,” the governments of Mexico and Argentina said in the communiqué.

In this regard, the finance ministers and central bank governors of the G20 countries have agreed this Wednesday to extend, for the last time, six months, until next December, the moratorium on bilateral debt payments for the most vulnerable countries.

They have also agreed to increase IMF resources by $650,000,000,000 to better help vulnerable countries combat the effects of the pandemic, said the Italian Minister of Economic, Daniele Franco, at the press conference following the second virtual meeting.

“This final extension will allow beneficiary countries to mobilize more resources to address the challenges of the crisis and, where appropriate, take a more structural approach to address debt vulnerabilities, including through an IMF-supported senior credit tranche,” the statement said.

For her part, IMF Managing Director Kristalina Georgieva on Wednesday urged advanced countries to “set aside export controls” and ensure that “surplus vaccines reach poor countries” to put the pandemic crisis behind them as soon as possible.

“It means increasing vaccine production and distribution and dropping export controls. It also means fully funding the Covax tool (for equitable distribution of vaccines) and ensuring that surplus vaccines are transferred to poor countries,” Georgieva said at the press conference kicking off the IMF’s spring meeting.