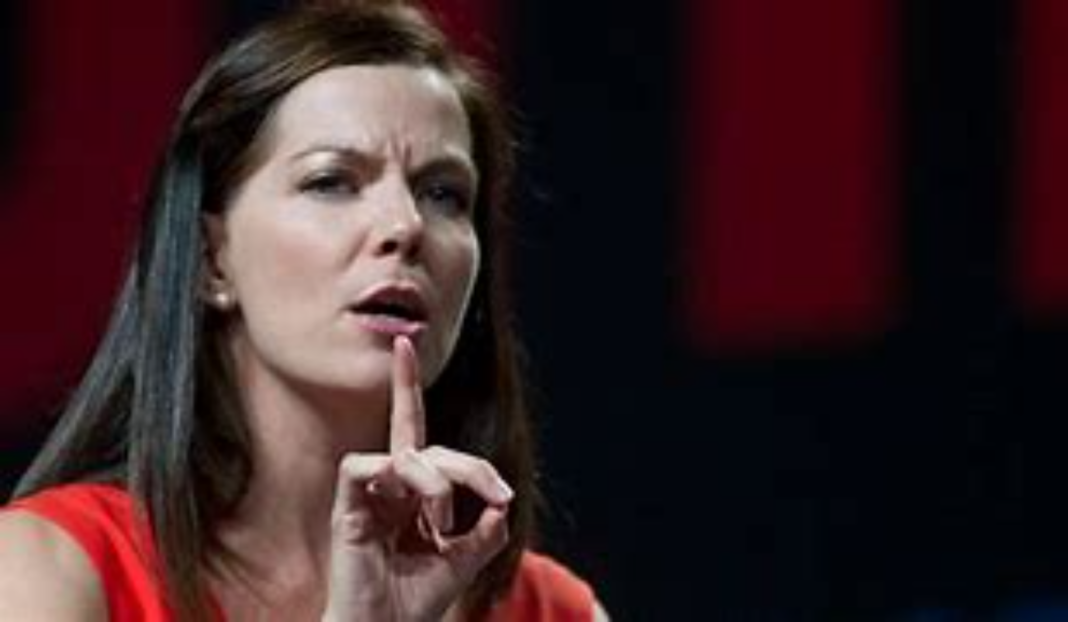 On Saturday, President Trump spoke at the Rally to Protect Elections in Phoenix, Arizona.

The rally featured all candidates for Arizona’s next Secretary of State, Governor, and U.S. Senator.

AZ Senate Candidate Blake Masters at Trump Rally: “We Need to Break Up Google and Facebook and We Need to Punish Twitter”

Several local politicians were invited to speak at the rally today.

Arizona RINO State Senator Michelle Ugenti Rita also gave a speech but she was booed off of the stage as her words were muffled by the crowd, turned angry mob.

In a contemptuous effort to save her speech, she yelled at her peasants “I’m going to win the primary!”

See the hilariously sad “speech” in the video below.

It wasn’t planned either! This was an organic idea from the grassroots MAGA apparatus.

Ugenti-Rita: I’m running to be your next Secretary of State. I’m going to win the primary!

She’ll win without us? Who has she struck a deal with?

After feeling the heat from the crowd of thousands, The Gateway Pundit’s Jordan Conradson ran into her in another part of the arena.

He asked her why she killed Senator Kelly Townsend’s chain of custody and election integrity bills.

Ugenti-Rita: Because it was bad

Conradson: Do you think that’s why you got booed off stage?

Ugenti-Rita left the building when asked questions by Conradson. Shortly after, she back and when he saw her again and she told officers on sight that Conradson was harassing her.

The police did nothing because no laws were being violated.

Conradson compared this behavior to that of radical leftist Secretary of State Katie Hobbs, whose seat she is running for.

Roughly ten minutes later, Conradson was detained by event officials and escorted from the building for “harassing” Ugenti Rita.

After walking away, he called AZ State Senator Kelly Townsend, who encouraged him to come back peacefully and fight this. While on the phone with the Senator and simply walking to meet her outside of the event, police grabbed Conradson and used handcuffs to put him in the back of a police car.

Conradson could hear police radios accusing him of being a member of the Proud Boys, a right-wing organization that the left has labeled as terrorists. Conradson has no affiliation with any political groups.

The police said he was facing a misdemeanor and a fine of up to $900.

State Senator Kelly Townsend raised hell when this happened which is most likely what led to Conradson’s release.

The officers dropped Conradson off at his vehicle and said that he is permanently banned from the venue.

Kelly Townsend: I think it’s concerning that someone on our side has such disregard for the Constitution that she would seek to have a journalist arrested because he dared ask her a question about me that angered her. I am glad we were able to resolve the issue and correct what could have been a great miscarriage of justice.

After this fiasco, Michelle Ugenti Rita went to Twitter to trash the audit

I’ve been on the frontlines of the battle for election integrity for the last 10 years. I wrote the law banning ballot harvesting, cleaned-up our mail-in voter rolls, strengthened ID requirements just to name a few of my accomplishments, (1of5)

Something every candidate on that stage praised. I’ll put my record of fighting for election integrity up against anyone. What I won’t do is vote for “show” legislation that does nothing to strengthen election integrity and introduced for self serving reasons. (2of5)

There’s too much at stake. Our election system is under constant assault by the left, and I won’t support bills that fail to strengthen our election system. The same holds true for the audit. I supported the audit, but I do not support the Trump audit any longer. (3of5)

I wanted to review our election processes and see what, if anything, could be improved. Sadly, it’s now become clear that the audit has been botched. The total lack of competence by @FannKfann over the last 5 months has deprived the voters of Arizona a comprehensive…(4of5)

Accounting of the 2020 election. That’s inexcusable, but it shows what can happen when Republicans do not take election integrity deadly serious. (5of5)

I’ve been on the frontlines of the battle for election integrity for the last 10 years. I wrote the law banning ballot harvesting, cleaned-up our mail-in voter rolls, strengthened ID requirements just to name a few of my accomplishments, (1of5)

This is a lie. She has been nowhere near the frontlines of this battle. How woud she know that the audit was botched? She hasn’t even visited nor paid any attention whatsoever.

This was out of nowhere and was an obvious outlash at the MAGA movement for their scorn.

Michelle Ugenti Rita is out of the closet now.

It seems she has already started her party switch.

Michelle Ugenti Rita clearly will not win the primary unless she has made a deal.