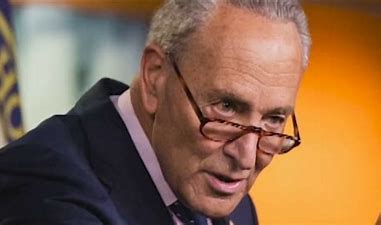 Sean Trende at RealClearPolitics takes a first look at how Joe Biden’s grisly approval rating (41.6 percent at this writing) bodes for Senate Democrats:

At 42%, the model envisions virtually no chance for Democrats to hold the Senate and predicts a loss of four seats as the most likely outcome. At 42%, the Colorado Senate seat could potentially come into play, assuming that Republicans produced a credible candidate (remember that a relatively unheralded candidate held Sen. Michael Bennet to a six-point margin in 2016).

A net loss of four seats, while small in absolute terms compared with Republicans’ nine-seat midterm pickup in 2014, eight in 1994, or six in 2010, would be very bad news for Democrats, especially because the 2024 Senate map is very hostile and offers nearly no chance for a four-seat Democratic revival. Trende’s model held up very well in 2014, and was far ahead of the curve in projecting what happened that year despite the scoffing and scorn of many left-leaning analysts.

This is only a first look, of course. Good candidates will make a big difference, and for now, Republicans still seem to lack a really top-shelf recruit in Pennsylvania, Ohio, Arizona, Georgia, North Carolina, New Hampshire, Colorado, Nevada, or Missouri, while Larry Hogan continues to dither in Maryland. Some of the states on that list can doubtless be won by less-than-impressive candidates, and some Republicans already in the race may look a lot more impressive after several more months on the campaign trail, but it remains likely that at least some contested seats will be lost for the want of a Generic Republican candidate. Still, you’d much rather be holding Mitch McConnell’s hand right now than Chuck Schumer’s.

January 6 Riot:New report reveal, it was a Democrat who gave...