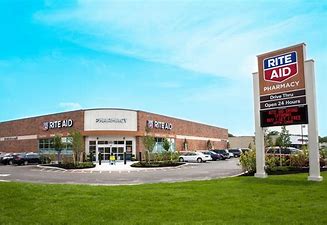 For many years, over the course of four jobs, I used to get off the subway at 50 Street and Seventh Avenue, and in the late Nineties (I think) I’d look over and observe the progress of the apartment building to the west, on the northwest corner of 50th Street and Eighth Avenue. The neighborhood is in the broader radius of Times Square. When Irish gangs used to control it, the area from Eighth Avenue west was known as Hell’s Kitchen. In the Eighties and Nineties, real-estate agents started to rename it Clinton, but, crucially, the neighborhood became so safe and spiffy and upper-middle-class that it could reinstate the earthier name in order to give it a patina of edginess that would actually enhance real-estate values, given that New Yorkers pride themselves on being tough. Bringing out the Dead, a (terrible) Martin Scorsese picture from 1999, paints the area as crazed and chaotic and is billed as taking place in the “the very early 1990s,” i.e., before the Giuliani era in which the city seemed to grow safer by the week. A number of high-end apartment buildings sprouted along Eighth Avenue.

Now the neighborhood isn’t feeling so safe anymore due to the city’s new hands-off policy for criminals. In the ground floor of the building on Eighth stands a large, formerly busy Rite Aid where I used to get sandwiches and Snapples on the way to the theater or a movie. Now the place has been driven out of business, effective February 8, thanks to a wave of shoplifting (reportedly costing the store $200,000 in two months) that the city is uninterested in fighting off. Bail-reform laws, combined with the disastrous policies being enacted by Manhattan’s new D.A. Alvin Bragg, are making the city a playground for criminals again. In the Black Lives Matter riots of 2020, the Rite Aid store was looted to the tune of $60,000, then boarded up for days. It takes up a huge space, and if it should stay boarded up for long, a 24-hour establishment that helped keep the neighborhood safe will be replaced by a long, scary, vacant dead zone that will surely attract derelicts.

All over the city, chain drugstores have taken to placing items that cost more than a few dollars behind locked plexiglass. Shopping for, say, a jumbo bottle of Tide is like going to a jewelry store. You need to summon a clerk if you want assistance. Then when you get to the counter, you remember that single-use plastic shopping bags are banned. Probably not since the Dinkins era has this city been so dispiriting, so enervating, so generally wretched and off-putting and surly.

Empty storefronts are scarring prime real-estate locations all over Manhattan as businesses grapple with the new realities of the 2020s. Meanwhile, Governor Kathy Hochul continues to repel tourists and office workers by keeping in place a statewide indoor masking mandate. This city has been through a lot, and though new Mayor Eric Adams has taken it upon himself to be its biggest booster, it’s hard to see things returning to normal anytime soon.

California Provides Millions in Loans for Business Owners who are Illegal...