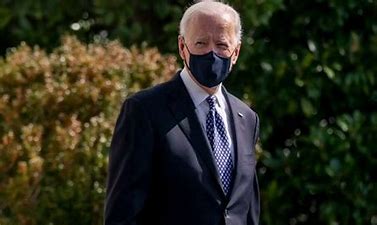 Joe Biden still hasn’t been to the border once in his entire career. The fact that he’s never pressed to even show up in the midst of the biggest influx of migrants in decades is pretty remarkable. Today the Washington Examiner adds another grim milestone to Biden’s record. The number of deceased migrants discovered along the border has set a new record in Fiscal Year 2022 with more than two months yet to go.

Since the start of the federal government’s 2022 fiscal year last October, authorities have found 609 bodies on the U.S. side of the southern border, according to internal U.S. Customs and Border Protection data obtained by the Washington Examiner and confirmed by three federal law enforcement officials.

The 609 figure is already higher than the 566 record set in all of 2021, which was the previous highest level, according to data detailed in CBP documents shared internally last week. CBP oversees the Border Patrol, whose 19,500 agents work between the land ports of entry.

In FY 21, CBP recorded a new record for the number of people encountered at the border at just over 1.7 million, larger than the population of 11 US states. For the calendar year of 2021, the figure was over 2 million. And yet, President Biden has never been to the border and the White House has repeatedly claimed the surge of migrants is a “challenge” not a “crisis.”

Just last week, Homeland Security Secretary Alejandro Mayorkas claimed the border was secure. Now that we know there’s a record death toll associated with this surge, will Biden finally make a trip to the border? So far it sounds like CBP is just planning to sit on the information and hope the media ignores it.

CBP declined to fulfill a Washington Examiner request last week for the number of migrant deaths this year, stating that the data were not available because it had recently employed a new methodology for tracking it. However, the internal documents shared with the Washington Examiner by employees outside of the public affairs office show that border officials were presented with the latest numbers last week…

“Smuggling organizations are abandoning migrants in remote and dangerous areas, leading to a rise in the number of rescues but also tragically a rise in the number of deaths as we saw most recently in San Antonio,” a CBP spokesperson wrote in an email. “The terrain along the border is extreme, the summer heat is severe, and the miles of desert migrants must hike after crossing the border in many areas are unforgiving. Despite these inherent dangers, smugglers continue to lie to migrants claiming the borders are open. The borders are not open, and people should not attempt to make the dangerous journey.”

The Biden administration can keep claiming the border is not open but the migrants know better. Migrants looking for a better life know they can game the asylum system by claiming credible fear at the border and then, once they are bussed to the interior of the country with a court date that may take years, they will never be made to leave the country unless they murder someone. In California, even the Honduran drug dealers mostly don’t worry about getting deported because the DAs are required to consider their immigration status when charging them. If that’s what the border looks like when it’s closed, how would it look when it was open?

But as always the problem isn’t just the White House it’s also the media which is supposed to hold the White House accountable. Remember a few years ago when the media went nuts over the “kids in cages” at the border? Here were are 3-4 years later and there are more unaccompanied minors crossing the border in the past year than there ever were in FY 2019, the height of the Trump crisis. Yet you really don’t hear about it. And you don’t hear much about the record number of border crossings. The CPB announces the new numbers every month on a Friday afternoon, which doesn’t seem accidental. So my guess is you won’t hear much about the record number of deaths either. The media doesn’t want to beat up on the White House four months before an election that is already shaping up to be a disaster for Democrats. So Biden will once again get a pass and will not be pressed to visit the border even though the situation there is objectively worse now than it has ever been.

India: Army Thwarts Another Drone Attack at Military Air Base