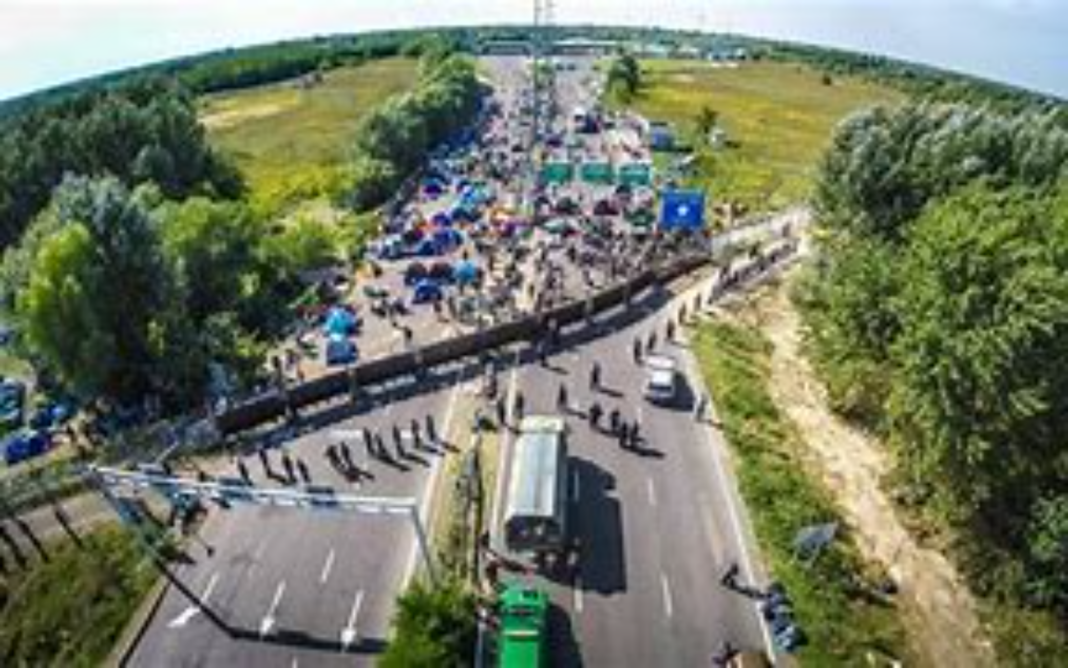 At first sight, this tiny village in Serbia seems sleepy and almost abandoned, like many others across the Balkan country.

But a closer look reveals a parallel reality lived by its temporary migrant residents, who are struggling to cross from Serbia over heavily guarded borders with neighboring European Union states Romania and Hungary.

Majdan has been one of the hubs along Serbia”s border with EU neighbors where migrants remain stranded, often for months, while making dozens of thwarted attempts to cross the border and move on toward Western Europe. It encapsulates their problem: they can’t go forward and they can’t go back.

Authorities deny it, but the migrants tell stories of being repeatedly pushed back at the border in what is an illegal anti-migrant strategy.

Here, empty or abandoned houses serve as temporary homes to people who fled their own homes in the Middle East, Africa or Asia with the aim of starting a new life somewhere else.

At the moment, Majdan is hosting about 200 migrants — just slightly fewer than the village’s own registered population.

“Border closed, border with Romania (is) big problem,” said 24-year old Palestinian Marsel Abohosein, speaking in English. He added that in the past month he has tried 20 or 30 times to cross and was pushed back every time. “Police catch me and (send) back to Serbia.”

Groups of migrants walking in scorching heat through corn or sunflower fields toward the border with Romania are a common sight in Majdan.

The migrants’ persistence reflects both their determination and their hardship in their quest for a better future.

Because Hungary’s border with Serbia is strongly fenced to prevent crossings, migrants in Majdan go toward Romania first and then Hungary from there. Thousands of others stuck in Serbia also aim for Croatia in the west, or go to Bosnia first and then Croatia, an EU member with a reputation for police brutality against migrants that authorities have denied.

Despite numerous allegations of abuse, nations along the migrant routes into Europe have rejected pushback and violence claims, which are very hard to verify independently.

Aadam Ahmed from Somalia said that police in Romania and Hungary have pushed him back to Serbia nine times in the past month. He shares a village house in Majdan with his fellow Somalis and with Syrians, including an 8-year-old boy.

Human rights activists have repeatedly warned that pushbacks are a violation of both international and EU norms, which ban forcible returns of people to other countries without looking into their individual circumstances or allowing them to apply for asylum.

A report released in July by several organizations listed the Majdan area as one of the flashpoints that involved one or more forms of ill-treatment and violation of human rights, including physical abuse, abusive and degrading treatment and denied access to asylum procedures,

The report included incidents in April-June 2021, involving 3,403 persons in various countries and alleged also that parents are being separated from their children by different border authorities and pushed back.

The report was the work of a partnership between the Danish Refugee Council and six civil society organizations.

“The numbers alone are outrageous, but behind the statistics are real children, women and men,” said DRC’s Secretary General Charlotte Slente. “And often, these people have had not one, but multiple such experiences, at the same or different borders.”

In Majdan, most migrants were reluctant to speak to The Associated Press, apparently fearing retribution or that talking to journalists could harm their efforts. Unable to cross on their own, migrants often seek help from people smugglers to guide them over the borders.

A man from Somalia, who said his name is Abdifitah Ahmed, said he left his country a year ago and has been in Serbia for the past five months. In what migrants have dubbed “a game,” he has tried to cross the border 14 times and failed.

“(I will try) Romania to Hungary another time for good luck,” he said. “Police Romania catch (me) … back to Serbia.”

Meanwhile, a fellow migrant was preparing scrambled eggs in an old pot on an improvised fire in the yard. Washed clothes and sneakers could be seen drying in the sun, while a rear view mirror from a car was hanging on one of the walls, now serving as a small wall mirror.

At the other end of the village, in another house, migrants were using an old sofa to sit outside during the day. Inside, makeshift beds and personal belongings could be seen lined by the walls. An old ceiling in one of the rooms has started to crumble.

Ahmed said it was still all worth it, compared with the life he had left behind.

“Somali life no good,” he said. “Europe life is good.”