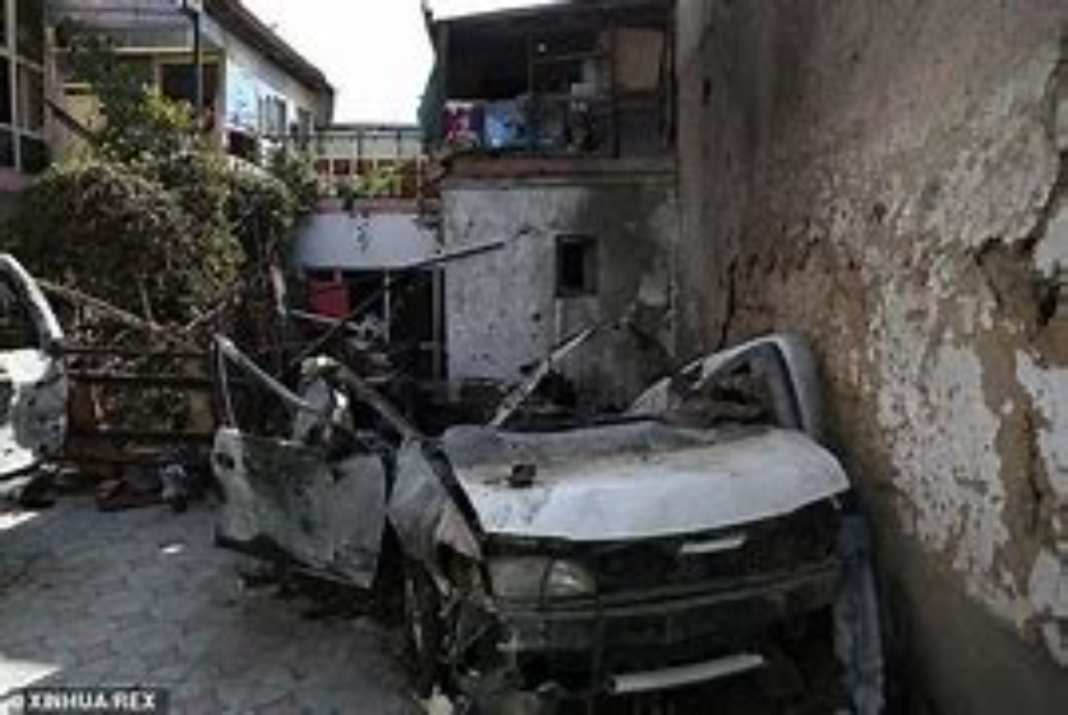 “I thought what Gen. McKenzie did was right,” Mullen told ABC “This Week” co-anchor Martha Raddatz.

Ten civilians were killed in the strike, which the U.S. believed was targeting a terrorist, but instead killed an aid worker, seven children and others in the area.

“We now assess that it is unlikely that the vehicle and those who died were associated with ISIS-Khorasan or were a direct threat to U.S. forces,” McKenzie said Friday.

“I offer my profound condolences to the family and friends of those who were killed,” he added.

“How can such a huge mistake happen?” Raddatz asked the former chairman of the Joint Chiefs of Staff.

He added that the over-the-horizon-capability — or airstrikes that don’t require troops to be based in the country — is there, but the strike’s execution being in a “confused environment” contributed to the difficulty of the situation.

“And should there be accountability for this?” Raddatz asked Mullen.

“I absolutely think there should,” Mullen responded.

He also added that there should be accountability for the chaotic U.S. withdrawal from Afghanistan, adding, “I hope that there is.”

Separately, Mullen also spoke about the current chairman of the Joint Chiefs of Staff, Gen. Mark Milley in light of revelations in Washington Post journalists, Bob Woodward and Robert Costa’s new book, “Peril.” According to the book, Milley secretly reached out to China’s military leaders in the waning months of Donald Trump’s presidency and assured them that Trump would not attack to stay in office.

Mullen echoed other leaders who said that communicating “with counterparts around the world is routine” and he added that he was encouraged the line of communication with China remained open during the tumultuous time.

“There was a time when we had no communications with China, or we’d have a problem with China, they’d cut off all mil-to-mil connections,” Mullen said.

However, Mullen said that the reported assurance Milley gave to China that he would call them in the event of a strike, wasn’t routine, and on that point, he told Raddatz, “Yes, well, I’m hopeful that actually — that part of it isn’t true.”

Mullen said that he was more concerned China would be worried about a U.S. nuclear attack.

“It speaks to the need to have these open communications, so that we don’t miscalculate,” he said.

Milley reportedly went so far as to make sure he was alerted if Trump ever took steps to launch an attack on China. As a military adviser to the president, he’s otherwise outside of the chain of command.

Mullen cited the extra precaution as “fairly routine … for something this serious.”

Mullen also said that he sympathized with the current chairman of the Joint Chiefs of Staff.

“I don’t know if anyone has been in a more difficult situation than Mark Milley,” Mullen said. “I know him well enough to know that he would really try to do the best thing for our country. And I think he did that.”