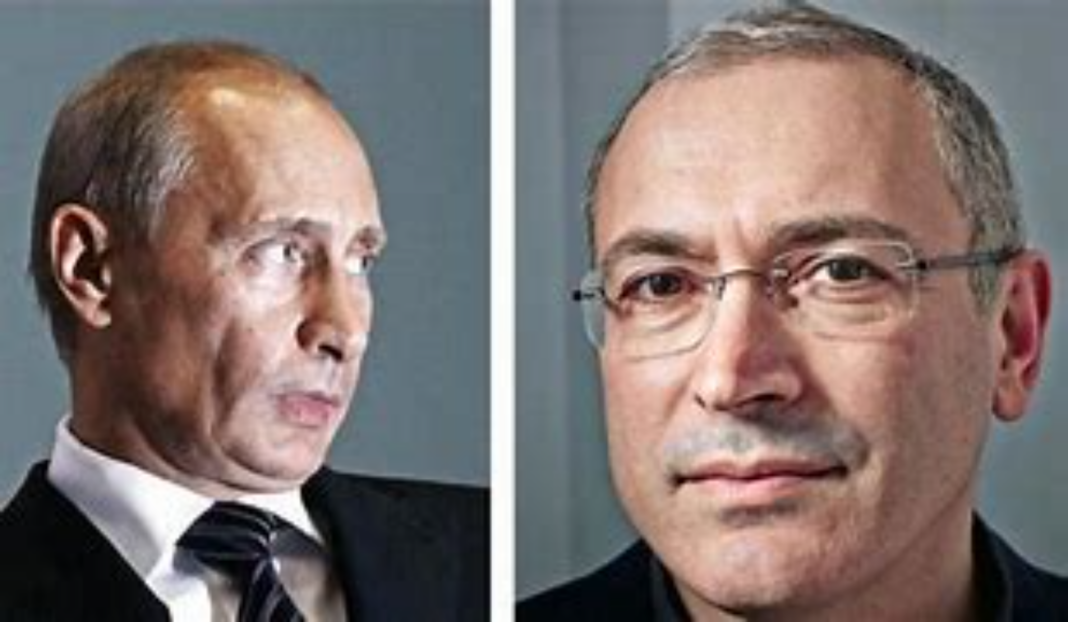 DW: About a year ago, Alexei Navalny was poisoned. What impact did this have on political life in Russia and on the country’s opposition?

Mikhhail Khodorkovsky: Fortunately, this event hasn’t ended badly so far. Alexei Navalny might be in prison but he is still alive. Nevertheless, the poison attack against him is a move away from normal statehood and towards what could be described as a paradise for thugs, where you cannot only criticize your opponents, but also jail and ultimately kill them.

Many political scientists and journalists used to claim that Putin’s regime was authoritarian but not dictatorial. Could one say that a transformation from an authoritarian to a dictatorial regime has since taken place?

No, of course not. A dictatorial regime forces people to actively support a specific ideology. But Putin’s regime doesn’t have an ideology. This regime is about money and not about any big idea.

But Putin seems to pay a lot of attention to World War II and to rehabilitating the former Soviet Union’s image and also that of Ukraine. Even though money is probably of interest to everyone, including Putin, he obviously has an overarching idea, a certain philosophy regarding the nature of Russia and its place in history.

He possibly has an idea, but he lacks the education and the global perspective to join the individual pieces into a unified concept and make it his life’s work. I think that – fortunately for all of us – he lacks this. He’s not interested in a glorious Russia but rather in yachts, rooms filled with fur coats, castles and so on. That’s what he really wants. The idea of a glorious Russia is just a fig leaf.

And what about Georgia, Crimea and the conflict with Ukraine?

As far as these things are concerned, there are very pragmatic interests at play: holding onto power and personal security.  With backing from Georgia, he was able to bury all of Medvedev’s reform aspirations. (Editor’s note: During the five-day war between Russia and Georgia in August 2008, Dmitry Medvedev was the Russian president. After the war over the South Caucasian province of South Ossetia, Russia recognized it and Abkhazia as independent states, despite international protests).

The annexation of Crimea increased Putin’s popularity; before that, his approval ratings had fallen to 30%. It rose again rapidly and didn’t drop back down to the previous level until six months ago. With the help of Crimea, Putin bought himself five to six years of additional security. It wasn’t his strategic decision to restore the Russian empire. Had it been a strategic decision, Ukraine would already have been annexed by Russia.

Should we – especially the West – even be talking with Putin’s people?

Difficult question. Putin’s regime is a danger, even for Western countries. But they cannot afford not to talk to him. But one has to be clear about one thing: Dialogue strengthens Putin’s regime. It gives him additional legitimacy that he is lacking because there are no fair elections. The meeting with Biden, Merkel’s visit and the like give him legitimacy. Elections can’t do that and neither can economic success or the way the country is governed. 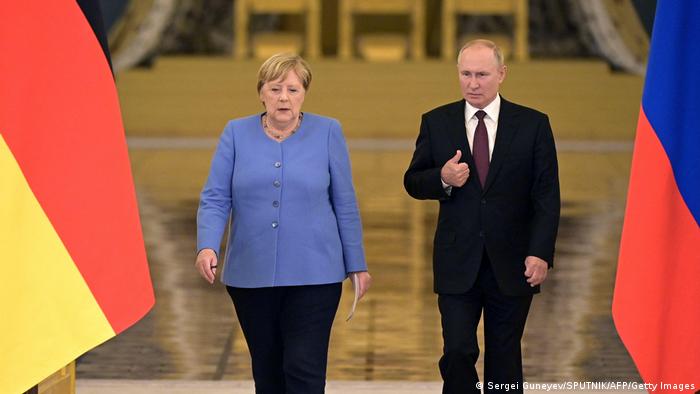 This external legitimacy should only be granted to the regime in exchange for something important. If it is about the risk of coincidentally pressing the button for a global nuclear war, then of course one should talk to any criminal to avert this risk. If it’s about the release of political prisoners, then you undoubtedly have to talk to the regime the way you talk to criminals about hostages.

But if you’re talking about something like the green economy, you should be aware that there can be no strategic deals with these people, who in principle, are liars. You can only do short, clear deals with them. You are talking with a thug. Is it necessary to talk to thugs every now and then? It is. Should you forge an alliance with these thugs? No, you shouldn’t – unless you yourself are a thug.

Will Putin hand over power to himself in 2024 or will there be a real change of power?

I am convinced he’s currently preparing for a handover. But both I and Putin’s entourage believe that at the very last moment he’ll turn around and say:”Who but me is capable of running the country?”

So, Putin will transfer power to Putin in 2024?

From Putin to Putin. But he’ll also face a serious problem, namely a crisis of dual loyalty. The average age within the state apparatus is between 40 and 45 and these numbers remain stable. And if you are 60, you can guarantee each and every official that they will successfully end their career under your leadership. Therefore, they will obey your orders.

But when you are 70 years old, you can no longer guarantee a 40-year-old state employee that they won’t be ending their careers under someone else’s rule.   And that’s when the search for alternatives begins. This is precisely where the crisis of dual loyalty occurs: The splitting of political elites. I suspect that for Mr. Putin, 2024 will be the beginning of an extremely difficult phase.

Mikhail Khodorkovsky is an entrepreneur, the former head of the oil company Yukos and Russia’s richest man. After serving a 10-year prison sentence, he now lives abroad and is a fierce critic of the Russian president. This year, a number of organizations associated with him have been classified as undesirable in Russia.

John Fetterman Calls GOP A Disgrace For Voting To Overturn The...