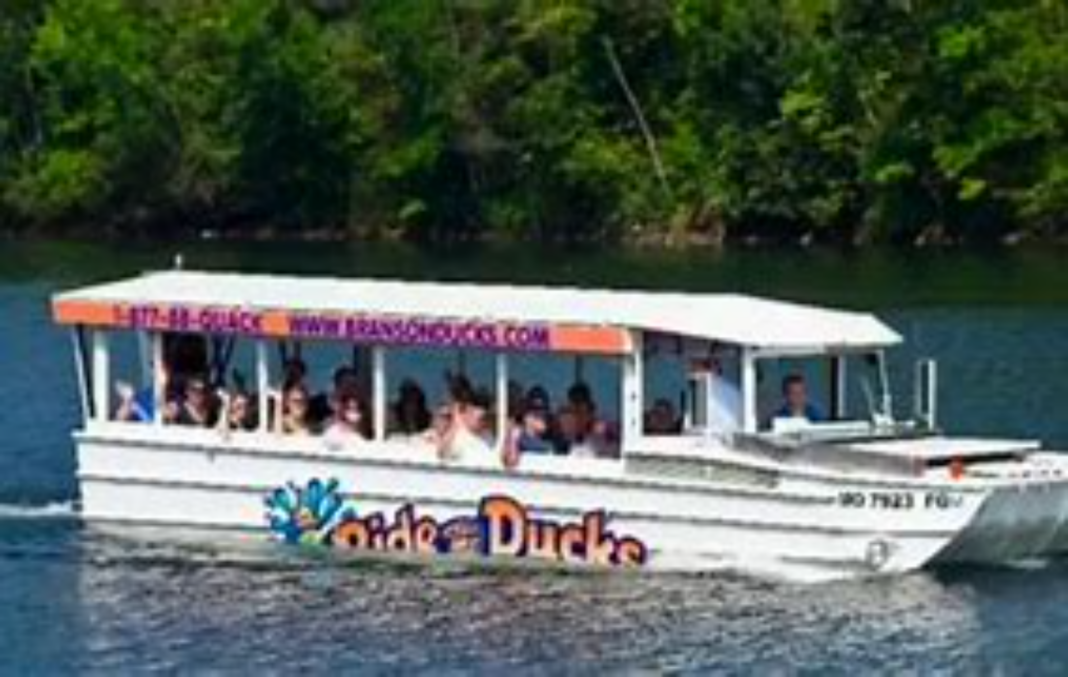 A local prosecutor charged a boat captain and two other employees Friday over 17 deaths in July 2018 when a tourist duck boat sank on a Missouri lake during a severe thunderstorm, reviving the threat of long prison sentences seven months after federal charges against them were dismissed.

The total of 63 felony charges were filed in Stone County against the captain, the general manager and the manager on duty the day of the accident for the Ride the Ducks attraction on Table Rock Lake near the tourist mecca of Branson, in southwestern Missouri.

Captain Kenneth Scott McKee, of Verona, general manager Curtis Lanham, of Galena, and manager on duty Charles Baltzell, of Kirbyville, were charged after a federal judge dismissed earlier charges filed by federal prosecutors, concluding they did not have jurisdiction.

Among the dead were nine members of a family from Indianapolis and victims from Missouri, Illinois and Arkansas. Tia Coleman, a member of that Indianapolis family who lost her husband and three children, said in a statement that her “prayers had been answered” with the charges.

“I’m so hopeful that we are one major step closer to justice for all those that perished, and to preventing that what happened to them from ever happening again,” Coleman said.

“The victims deserve justice,” Schmitt said in a statement.

McKee, 54, faces 29 charges, including 17 charges of first-degree involuntary manslaughter. The 12 additional charges allege that he endangered child passengers on the boat, five of whom died.

An affidavit from a Missouri Highway Patrol sergeant accuses McKee of failing to exercise his duties as a licensed captain by taking his amphibious vehicle onto the lake during a thunderstorm.

“We are reviewing the charges, expect not-guilty pleas will be entered and will continue to vigorously represent Mr. McKee,” J.R. Hobbs and Marilyn B. Keller, who represent the captain, said in a statement.

Baltzell, 79, and Lanham, 39, face 17 charges each of first-degree involuntary manslaughter. They are accused of failing to communicate weather conditions and to cease operations during a severe thunderstorm warning.

Attorneys for Baltzell and Lanham did not immediately respond to a telephone message seeking comment.

Each manslaughter charge alleges that the men “recklessly caused” the death of a passenger. Missouri law calls for a prison sentence of between three years and 10 years for a conviction on that charge.

Thirty-one people were aboard when the duck boat entered the lake. A storm came up suddenly and the waves swamped the boat before it could make it back to shore. Fourteen people survived.

Video and audio from the boat, recovered by divers, showed that the lake was calm when the boat entered the water. But the weather suddenly turned violent. Within minutes, the boat sank.

Highway Patrol Sgt. Mark Green said in his affidavit that McKee failed to exercise his duties and responsibilities by going onto the lake with the boat, Stretch Boat 7, with a severe thunderstorm warning in effect. He said McKee failed to follow policies or training guidelines and failed to have the boat’s passengers put on life vests as it took on water.

Andrew Duffy, an attorney representing Coleman and others who sued over the accident, said McKee “did just about everything wrong” and evidence shows the duck boat’s operators were trying to beat the storm to avoid having to give refunds.

The wind speed at the time of the accident was more than 70 mph (113 kph), just short of hurricane force, according to the National Transportation Safety Board. Weather forecasts had warned of an impending storm with winds possibly exceeding 60 mph (97 kph).

A U.S. Coast Guard certificate of inspection for the boat issued in February 2017 stated that it “shall not be operated waterborne” when winds exceed 35 mph (56 kph) and/or wave heights exceed 2 feet (0.6 meters).

“There is no question that this duck boat tour should have been canceled and the little over $900 refund should have been made,” Duffy said in an interview. “The fact that, that wasn’t done is just outrageous.”

Does the Biden Administration Believe There is a Skill Shortage?

SpongeBob SquarePants Episodes Pulled — Who Lives amid Censorship under the...