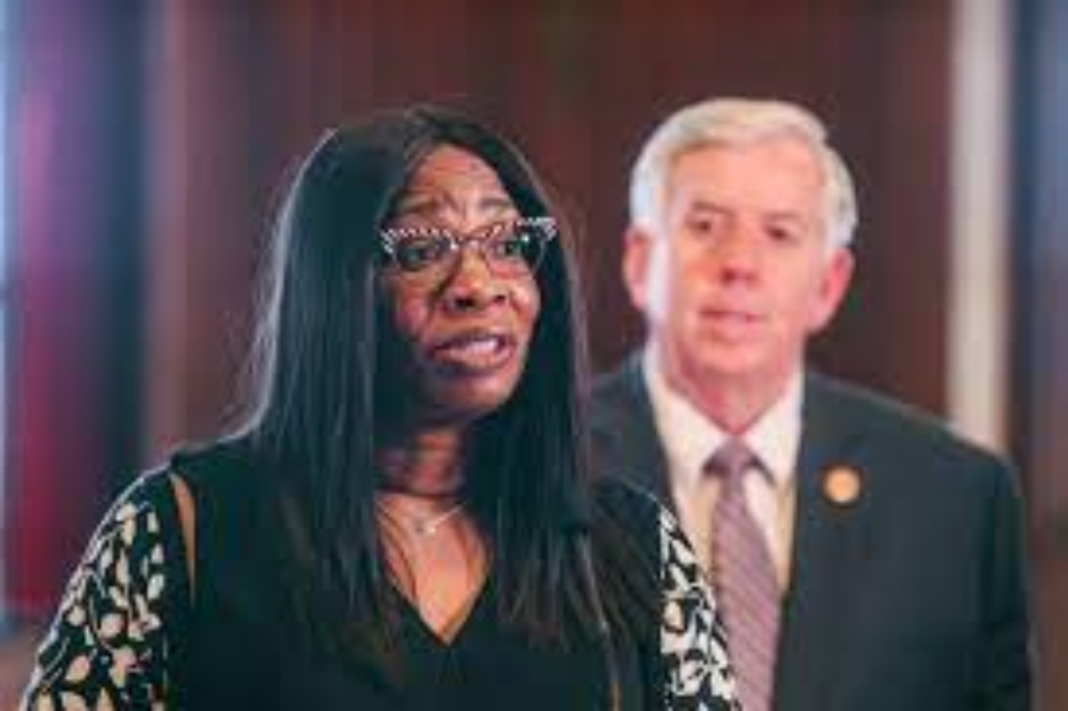 Ransom will replace Judge Laura Denvir Stith, who was the second woman appointed to the high court. Stith retired in March.

Her appointment is especially poignant in a state known internationally for the 2014 fatal shooting of unarmed, Black 18-year-old Michael Brown by a white Ferguson police officer. Brown’s death sparked months of sometimes violent protests, and Black communities continue to call for fair treatment by police and in the courts.

Ransom told reporters gathered at the Capitol that she grew up in North St. Louis, a primarily Black area near Ferguson. She said her father worked at a segregated fire station.

She also emphasized that she is defined by more than her race.

“I have never lived by a label or by any identity that anyone’s tried to put upon me,” she said. “When I look in the mirror, I’ve always been Robin. And I’ve always lived my life to be kind to everyone and to be the best person that I can be.”

Parson noted the historic appointment but said the hard work she’s done is what earned her the position.

“She was the best qualified candidate for the Supreme Court,” Parson said, “and that’s why she was chosen for the position.”

Parson said it helped that he previously met Ransom when he appointed her in 2019 to serve as an appeals court judge. He said he wasn’t sure what day she will leave her position on the Eastern District Court of Appeals and start work at the Supreme Court in Jefferson City.

She was one of 25 applicants for the Supreme Court vacancy.

In Missouri, a panel of lawyers, citizens and the chief justice review Supreme Court applicants, then submit three finalists for the governor to choose from.