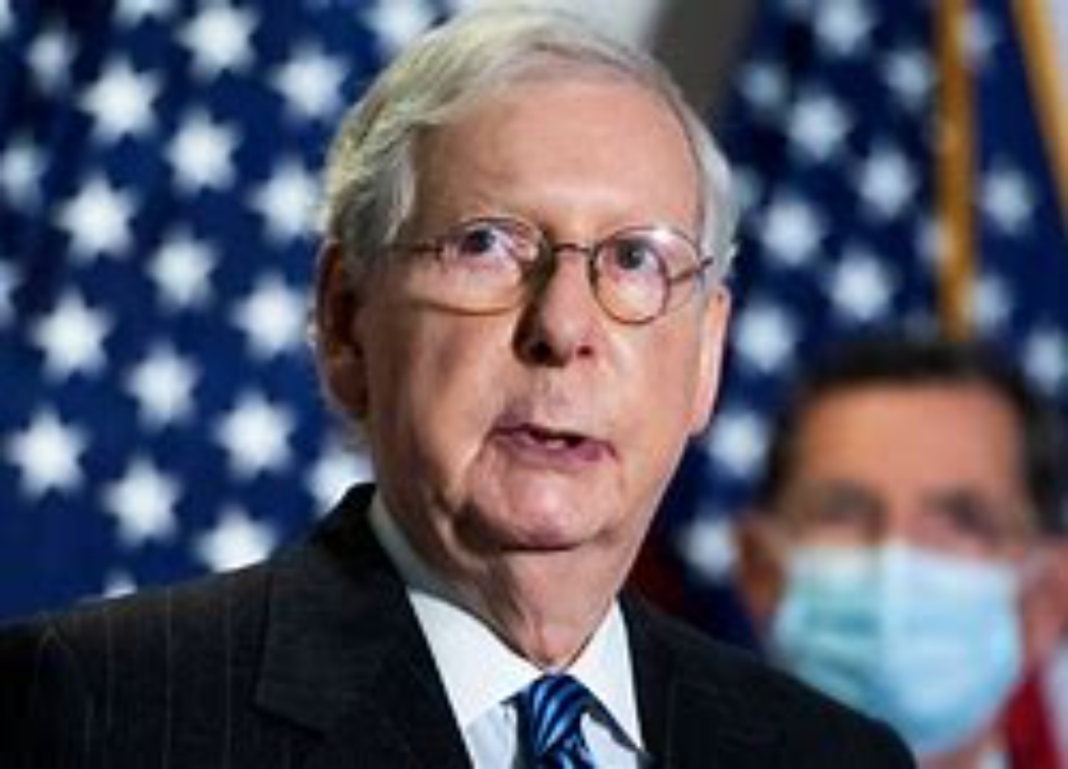 As the highest-ranking Republican elected official at the national level and thus the head of the party, Mitch McConnell plays it tough. But he’s no show horse. Some people mistake his understated crafty demeanor for timidity. Those people would be wrong, as the Kavanaugh nomination to the Supreme Court, possible because of McConnell holding up the Garland nomination, showed.

FNC: “Senate Minority Leader Mitch McConnell said Monday that he would block a Supreme Court nominee from President Biden in 2024 if Republicans are in the Senate majority – just as he did in 2016 after the death of late Justice Antonin Scalia. McConnell, R-Ky., made the comment in an interview with conservative radio host Hugh Hewitt. The commitment follows a controversial decision McConnell made last year to plow ahead in confirming Justice Amy Coney Barrett less than two weeks before Election Day. Indeed, McConnell said as early as Feb. 22, 2016, that ‘the Senate has not filled a vacancy arising in an election year when there was divided government since 1888, almost 130 years ago.’ For that reason, McConnell says, Republicans were being consistent when they confirmed Barrett after stonewalling now-Attorney General Merrick Garland’s Supreme Court nomination in 2016.”

“I think in the middle of a presidential election, if you have a Senate of the opposite party of the president, you have to go back to the 1880s to find the last time a vacancy was filled,” McConnell told Hugh Hewitt. “So I think it’s highly unlikely. In fact, no, I don’t think either party if it controlled, if it were different from the president, would confirm a Supreme Court nominee in the middle of an election,” McConnell added. “What was different in 2020 was we were of the same party as the president.”

In 2020, Chuck Schumer was not amused. “Let the record show that tonight, the Republican Senate majority decided to thwart the will of the people and confirm a lifetime appointment to the Supreme Court in the middle of a presidential election, after a more than 60 million Americans have voted,” then-Senate Minority Leader Chuck Schumer, D-N.Y., said when Barrett was nominated.

“And let the record show that tonight, the Republican majority will make a mockery of its own stated principle — that the American people deserve a voice in the selection of Supreme Court Justices — completing the partisan theft of two seats on the Supreme Court using completely contradictory rationales,” Schumer, added. McConnell also commented on Court packing and the recent cry from the left for Justice Stephen Breyer to retire. “You mentioned Justice Breyer. I do want to give him a shout-out,” McConnell said on Hugh Hewitt’s radio show. “[H]e joined what Justice Ginsburg said in 2019 that nine is the right number for the Supreme Court. And I admire him for that. I think even the liberal justices on the Supreme Court have made it clear that court packing is a terrible idea.”

State Department Waives Fees for Immigrants Denied Visas Due to the...