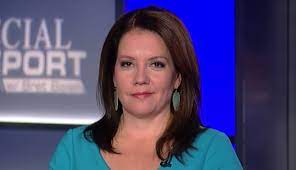 Mollie Hemingway is a distinguished and widely respected reporter from The Federalist.
Tucker Carlson is the most-watched cable news host on television.

Neither one made any headlines for their coverage of the historic theft of the 2020 presidential election.

Tucker moved on to other subjects within a couple of days.
The Federalist followed a few court cases but never did a deep dive on the election results or the complete lawlessness of the Democrats and their blatant and abrasive theft of the election in swing state after swing state.

On Wednesday night Tucker Carlson invited Mollie Hemingway on to discuss her latest book, “Rigged: How the Media, Big Tech, and the Democrats Seized Our Elections”, on the ways the “ruling class” used their power to prevent a Trump victory in 2020.

It is likely a very good source of information on the topics it covers.

On Wednesday night, during her appearance on Tucker Carlson Tonight, Hemingway was asked about fraud in the 2020 election. Was there any?

Here is her response:

Tucker Carlson: Do you think there was widespread fraud in the last election?

Mollie Hemingway: I think what’s important – It’s important to think about what happened in general. If you want free and fair and transparent and accurate elections, in order to have free and fair and transparent elections you also have to have a media that is behaving responsibly. You need to no have a society that engages in censorship. You need to not have rules of voting that make it impossible to detect fraud. This is why people care so much about how the rules are set going in. And so we saw this throughout the campaign, they would send out ballots in some states where people were getting six or more ballots sent to their house. They’re also being told that this is an existential threat whether they can get rid of Donald Trump or not. And creating permission structures for doing things that are quite radical. It’s a very complex approach but it’s absolutely important.

Mollie may want to work on her answer before promoting her book in her next interview.