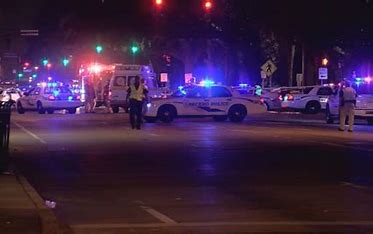 A mother shot a man who tried to steal her SUV while her two toddlers were still inside the vehicle in Dallas Wednesday night, police said.

It happened about 10 p.m. outside a Shell service station in the 100 block of West Camp Wisdom Road.

She asked not to show her face on camera as she recounted the incident.

The mother had stepped inside the gas station when a man climbed into the driver’s seat and tried to drive away, according to police. Michelle said her 2-year-old and 4-year-old children were still in the back seat.

She jumped back into the vehicle and ordered the man to stop the car.

“I seen my two babies still back there,” Michelle explained. “I’m asking the man, ‘hey, my kids are back here. Stop! Pull over! Pull over!’ He’s not even acknowledging anything about my kids.”

Germany to Rethinks its military missions After Afghanistan