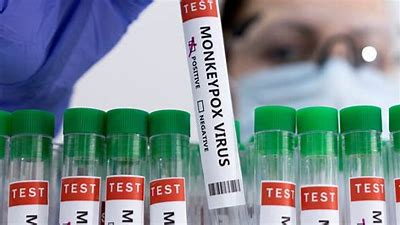 Even so, if there’s one thing we’ve learned from two years of pandemic misery, it’s that a small number of infections can turn into a big number quickly if growth continues exponentially.

Virologist Trevor Bedford has been tracking monkeypox cases across various countries and spotted a worrisome trend. It’s possible that scientists have detected more cases recently simply because they’re now on the lookout for them. But the fact that growth is so similar in different places suggests the virus really is spreading in the community. This isn’t an artifact of surveillance, he thinks. It’s evidence of transmission.

There may still be continued improvements in country-level case detection in the past 11 days in England, Portugal and Spain, but finding similar 8-10 day doublings in these three countries suggests that this growth rate may largely reflect underlying transmission dynamics. 7/10

Most of this transmission is occurring in a subset of the population with high rates of sexual contact and thus this growth rate is unlikely to be sustained in the broader population. However, this observed rate of growth is still concerning. 9/10

We’ve all seen this movie before. The ending isn’t great.

There’s some good news. Per CNN, 643 cases of monkeypox have now been recorded in countries outside Africa. As far as I’m aware, not a single person has died. In the first days of the global outbreak we were told that there were two strains of the virus known in Africa, one with a fatality rate of around one percent and the other with a fatality rate of 10 percent(!). The fact that monkeypox is 0 for 643 outside Africa may mean that the African death rate is due to lack of access to basic health care more so than the innate virulence of the virus. Fortunately, the virus is also less likely to mutate aggressively than, say, COVID was. Because its genome is made of double-stranded DNA rather than single-stranded RNA, like SARS-CoV-2, it doesn’t change as rapidly, CNN points out.

Meanwhile, evidence continues to mount that gay men are the subpopulation most at risk of infection. The number of confirmed cases across the U.S. doubled in the past week to 20, but “[o]f the 17 patients that have provided detailed information to the CDC, 16 self identified as men who have had sex with men.” That matches what scientists in other countries have seen. Monkeypox hasn’t traditionally been an STD — in the past it spread through airborne droplets during sustained close contact — but it turns out that an outbreak in Nigeria five years ago also had a sexual component.

In Nigeria, too, doctors first picked up hints of a new pattern that would be repeated around the world. Many of the patients were men, and many had genital lesions, suggesting transmission via sexual contact. Four years later, many of the cases in Europe and the Americas are also in men and also characterized by genital lesions. “It looks like déjà vu to me,” says Dimie Ogoina, a doctor at Niger Delta University Teaching Hospital, which treated the first and many subsequent cases of monkeypox in Nigeria in 2017. The virus was known to spread through droplets and any kind of physical contact with infectious sores and scabs—but sex, specifically, had never been high on the list of transmission risks. (Past cases were usually linked to contact with wild animals or household contact.) The unusual pattern and unusual size of the Nigeria outbreak should have been a signal that something had changed for monkeypox. But the world ignored it until too late, and a global outbreak is now well under way.

Read that again. The same unusual type of monkeypox that appears to be spreading now in the west was spreading in Africa *five years ago.* “What happened in 2017 in Nigeria was absolutely a warning sign,” said one epidemiologist to The Atlantic. But because westerners tend to overlook outbreaks in Africa (“there’s always something spreading there”) resources weren’t rushed in to try to contain the spread before it broke out continent-wide and ultimately into Europe and the U.S.

Scientists have already confirmed a connection between the “new” monkeypox and the one that’s been spreading in Africa for years. “In [new] research, genetic sequences showed that the first monkeypox cases in 2022 appear to have descended from an outbreak that resulted in cases in Singapore, Israel, Nigeria and the United Kingdom from 2017 to 2019,” CNN reports. But that’s not the only surprise the genetic data contains: Apparently the current global outbreak is actually two separate outbreaks, each driven by their own distinct lineage of the virus. Scientists at the CDC analyzed 10 viral samples from patients in the U.S. and found that three of them differ genetically from the samples being gathered in Europe. All three samples came from people who had traveled abroad to different places too — Nigeria, west Africa, and east Africa/the Middle East.

Experts’ best shot at explaining the two-track outbreak for now is that monkeypox has been out there circulating at low levels for much longer than anyone realized. Which is … reassuring, I guess? If it had years to ignite explosive exponential growth and didn’t, that must mean transmission is difficult. On the other hand, it may now have established enough of a foothold in western populations such that there’s no way to get rid of it. New York City has recorded a mere five cases but health officials there believe that’s sufficiently strong evidence of community spread that it may be “too late to contain.” The nightmare scenario is that it’ll jump from people to native animals, which will then become a “reservoir” for an endemic virus in the wild. That didn’t happen in the 2003 monkeypox outbreak in the U.S. but it has happened with other viruses like West Nile.

I’ll leave you with this bit from The Atlantic, which raises the prospect of widespread infection causing the virus to evolve. It may mutate slowly but it does mutate to become fitter. Quote: “Poxviruses tend to accumulate mutations at a fairly slow rate of one or two a year, but the genomes from 2022 have a whopping 47 mutations. Intriguingly, almost all of the changes to the genetic code are TC to TT or GA to AA. This is unlikely to have happened through random copying error; instead it resembles the signature of an immune-system mechanism—found in both humans and animals—that introduces mutations in an attempt to disable the virus.” The more people it infects, the more mutations there’ll be.

under fire George Washington University president who sides with CCP over...