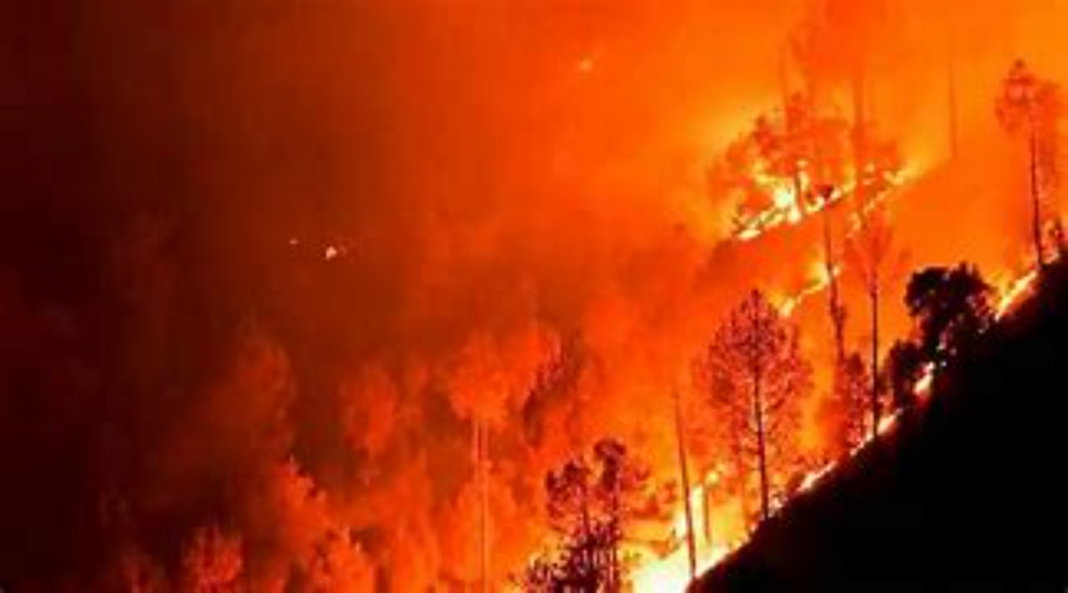 Out-of-state crews are headed to Montana to help fight massive fires there as the western part of the country continues to be ravaged by flames and drought.

Gov. Greg Gianforte announced Friday that crews from Utah and California — two states dealing with their own fires — were arriving over the weekend to help battle blazes that had become increasingly worrisome.

Fire officials from Montana’s Department of Natural Resources and Conservation said on Wednesday that the over 6,800-acre Alder Creek Fire in the southwestern part of the state was the nation’s highest firefighting priority.

U.S. Forest Service spokesperson Jason Nedlo confirmed that status to The Great Falls Tribune. “What that means is that as resources become available, the Alder Creek Fire will be one of the top priorities for those resources to be sent to,” said Nedlo. “What I don’t know is what resources are currently available. There’s not a lot of resources left unassigned.”

Although small in size compared to a slew of fires raging elsewhere in the West, the Alder Creek Fire, just 7% contained, threatens the nearly 240 homes nearby according to the newspaper.

In the northeast portion of the state, five firefighters were injured on Thursday while trying to contain the Devils Creek Fire, a 1,300-acre blaze.

To bolster our wildfire response, we’ve secured the assistance of two Utah task forces and one California strike force, arriving in Montana today and tomorrow.

Thank you, @GovCox and @GavinNewsom, for supporting the State of Montana this wildfire season.

Meanwhile, the Bootleg Fire in Oregon — the largest in the country right now —continues to grow. Progress was made over the weekend as crews worked to contain over 40% of the fire. The wildfire has become so large that it has started generating its own weather.

The growing threats of intense wildfires are far-reaching

Eighty-eight large fires are currently burning in 13 states, nearly all of them in the West, according to the National Interagency Fire Center. So far this year, over 36,000 wildfires have burned some 2.7 million acres in the U.S., an increase from last year at this time.

The smoke from these fires can be seen from space. Back on Earth, cities in the northeastern United States — some 3,000 miles away — recently experienced high levels of particulate matter, microscopic pollutants that linger in the air and can pose health risks by entering the lungs and bloodstream.

Climate change makes large, destructive wildfires more likely because of hotter temperatures and drier vegetation, which also increase the length of fire season. About 40% of the U.S. is in moderate to exceptional drought, according the U.S. Drought Monitor.

Fire seasons are lasting longer and burning bigger and hotter, requiring more manpower. Nearly 22,000 individuals are currently assigned to wildfires, many of whom are seasonal employees.

Typically, wildfires move from one geographical location to another, starting from the southwest and gradually moving north. This allows states to work together methodically, sending crews out of state to hot zones as needed. But that’s not what is happening anymore, says Carrie Bilbao, a public affairs specialist for the NIFC who also works with the Bureau of Land Management’s fire prevention program. Instead, fires are breaking out across the West at the same time, stretching resources thin.

Bilbao said there are concerns about firefighters burning out.

“We started about a month ahead of time for fire activity, this is stuff we would normally see in August,” she said. “It’s a physically demanding job and it puts a lot of stress on them so there is that fear of wearing out our firefighters before all this is over.”

Storms bringing rain and snow typically produce a season-ending event in the fall, giving crews the help they need to control the fires. But with more extreme fire behaviors, Bilbao said the BLM and the IFC worry that these fire seasons are becoming a year-round problem.

Gabe Nevin, a squad leader with the Montana-based West Yellowstone Smokejumpers, says that the state’s unusually early fire season this year could potentially sap the stamina of a small crew that rotates in 16-hour shifts: “So what is that going to look like for other guys on the crew towards the end of the year after they’ve been doing this for several months?”