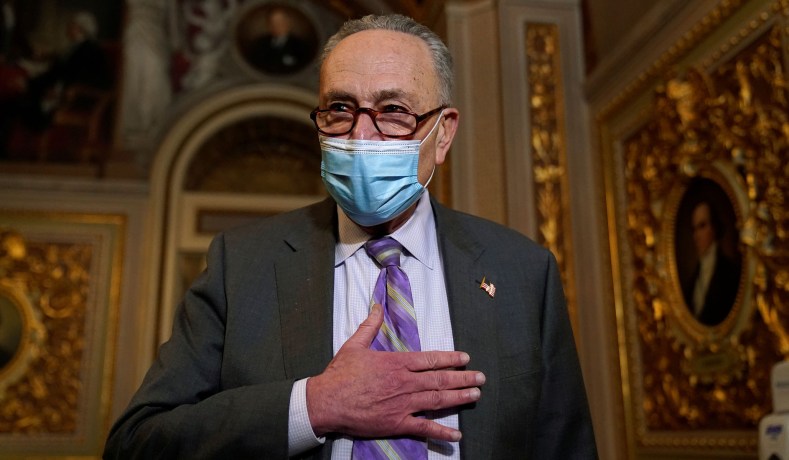 For The Bulwark, Richard North Patterson has written his case for getting rid of the filibuster — but without showing any of his work. I suppose that if your answer to two plus two is five, it’s difficult to explain how you arrived there. He frets:

So what of other pressing Democratic priorities not subject to reconciliation: immigration reform, the minimum wage, gun-safety laws, the PRO Act, and, especially, voting rights? Forget bipartisan cooperation: The GOP will filibuster every one.

To be sure, much of this is about the fate of elected Democrats. But small-d democrats across the ideological spectrum should care about that, because the Democrats have become America’s sole governing party—and democracy’s only protector. The time is coming, it seems, when the filibuster must go for democracy to prevail.

How ever will democracy survive without the PRO Act, which would upend the American labor market and kill jobs? Or without a minimum-wage increase, which would kill 1.4 million jobs and which several Senate Democrats oppose? Or without an opportunistic and unconstitutional gun-control agenda? Or without a nationalizing power grab of an elections bill? As for immigration, why would anyone doubt the Democrats’ ability to design and implement responsible policies on the border?

Patterson apparently believes that without the Democratic agenda being enacted in full, democracy in America will have reached its endpoint. Furthermore, he believes this to be a self-evident truth. Thus, he is either unwilling or unable to explain why the filibuster — which Democrats used remorselessly during the Trump years — must be done away with if the republic is to persist. Never mind that Republicans,  apparently an imminent threat to democracy, protected the filibuster and Democrats’ minority rights in the upper chamber when it would have been politically expedient to have done away with them just a few years ago.

Whether he realizes it or not, Patterson is less an advocate for statesmanship — he ends by calling Biden “a professional politician in the best sense of that term—someone who knows how to get hard things done” — than he is of a Flight 93, “we win or we die” style of politics. It’s a kind of political brain worm that leaves its hosts making flimsy arguments on unexplained and/or unsubstantiated premises like the one Patterson does, and leaves all but their fellow partisans wondering what on earth they’re going on about.