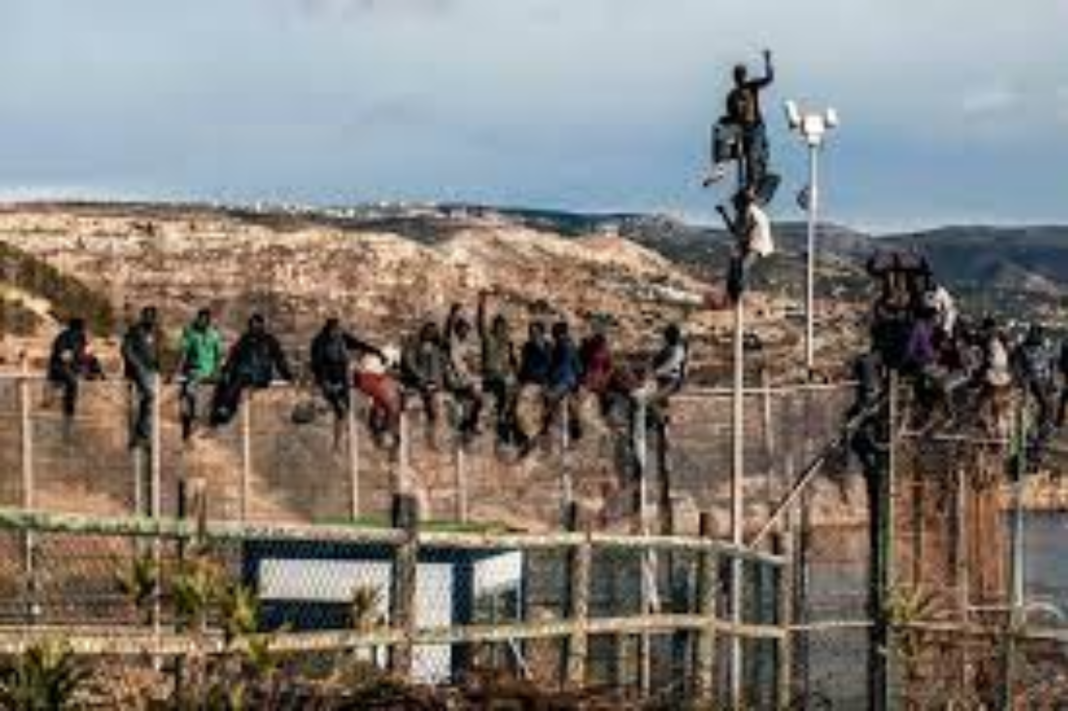 At least 2,700 people crossed the border from Morocco into the Spanish exclave of Ceuta on Monday, a single-day record, Spanish officials said.

The surge came as Morocco lodged a diplomatic protest against Spain for accepting a rebel leader for medical treatment.

Thousands of young migrants, including about 1,000 minors, swam or waded across the heavily fortified border. Others floated across in inflatable dinghies or swimming rings.

None were hospitalized and all were “doing well,” a spokesman for the Spanish government said.

The arrivals were checked by the Red Cross and taken to a migrant reception center.

The Spanish exclaves of Ceuta and Melilla are Africa’s only land border with the European Union, making it a target for people seeking to migrate to Europe. Only 475 migrants had crossed into Ceuta between January 1 and May 15 this year.

Why is Morocco angry with Spain?

Rabat has clashed with Spain in recent weeks, after it emerged that Polisario Front leader Brahim Ghali has been receiving treatment for COVID-19 in northern Spain since mid-April.

The Polisario Front militants have fought to secede Western Sahara from Morocco. Analysts have warned the spat could threaten bilateral cooperation on fighting illegal immigration. Spain has justified treating him on humanitarian grounds.

Last month, the Moroccan foreign ministry said the stance was “inconsistent with the spirit of partnership and good neighborliness” and later warned the move would have “consequences.”

Mohammed Ben Aisa, head of the non-profit Northern Observatory for Human Rights, told the AP that the recent diplomatic tensions played a role in the influx, in addition to good weather and the seasonal attempts to reach Europe.

“The information that we have is that the Moroccan authorities reduced the usually heavy militarization of the coasts, which come after Morocco’s foreign ministry statement about Spain’s hosting of Brahim Ghali,” he said.

“The area is heavily monitored by security forces and attempts there, whether to climb the fence or swim, are usually stopped,” he added.

Footage published in Spanish media showed people climbing the rocky breakwaters and running across the Tarajal beach, in the southeastern end of the city. Other videos showed long lines of young men outside Red Cross warehouse, waiting to be registered with authorities.

How has Spain responded?

On Monday, the Spanish interior ministry said in a statement that Spain “has been working tirelessly on a migration policy that concerns the whole of the European Union and Morocco, the country of origin of the people who have arrived swimming today.”

It has deployed hundreds of officers in light of the arrivals to help process and return them more quickly.

Rabat cooperates with Madrid on migration flows in exchange for recurring payments and training for its police and army. The EU also relies on Moroccan intelligence for fighting extremism.

Spain does not grant Moroccans asylum status, but it does allow unaccompanied migrant children to legally remain in the country under the government’s supervision.