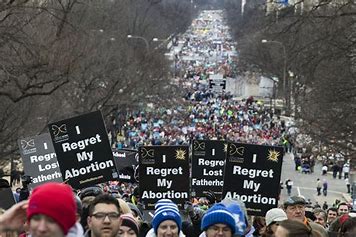 The companies were more likely to have addressed the court’s Dobbs decision internally, the survey found, with 51% addressing or planning to address their employees about the issue. Of those companies, 42% re-communicated existing healthcare policies, 15% planned to add additional benefits and 30% planned to offer travel benefits for employees going out of state for abortions.

Dozens of companies have offered to pay for their employees’ abortion-related travel expenses in response to state abortion restrictions, including Disney, Apple, Meta (the parent company of Facebook) and Nike. Patagonia offered to pay for training and bail for employees who protest in favor of abortion.

Patagonia has long supported abortion care, working parents, and families, and we’ll continue to do so. https://t.co/CDQM2IwjMq

Corporate support for abortion rights has drawn criticism from some who view the stance as being profit-motivated. Fox News host and Daily Caller co-founder Tucker Carlson argued that children were a financial burden to companies, who prefer that their employees remain childless.

“Now they’re telling you that you cannot have the one thing that most people want more than anything else; the one thing that biological instinct drives all of us to want, and that’s children,” Carlson said. “The most reliable source of meaning and joy in human existence, a family, is now out of reach for the American middle class, and you should accept that is inevitable. In fact, you should embrace it.”

The survey was conducted June 30 to July 8 and received responses from 290 organizations.

Bill Barr turn his back on President Trump

MAGA:Democrats stage Justice for J6 Rally so they can use it...