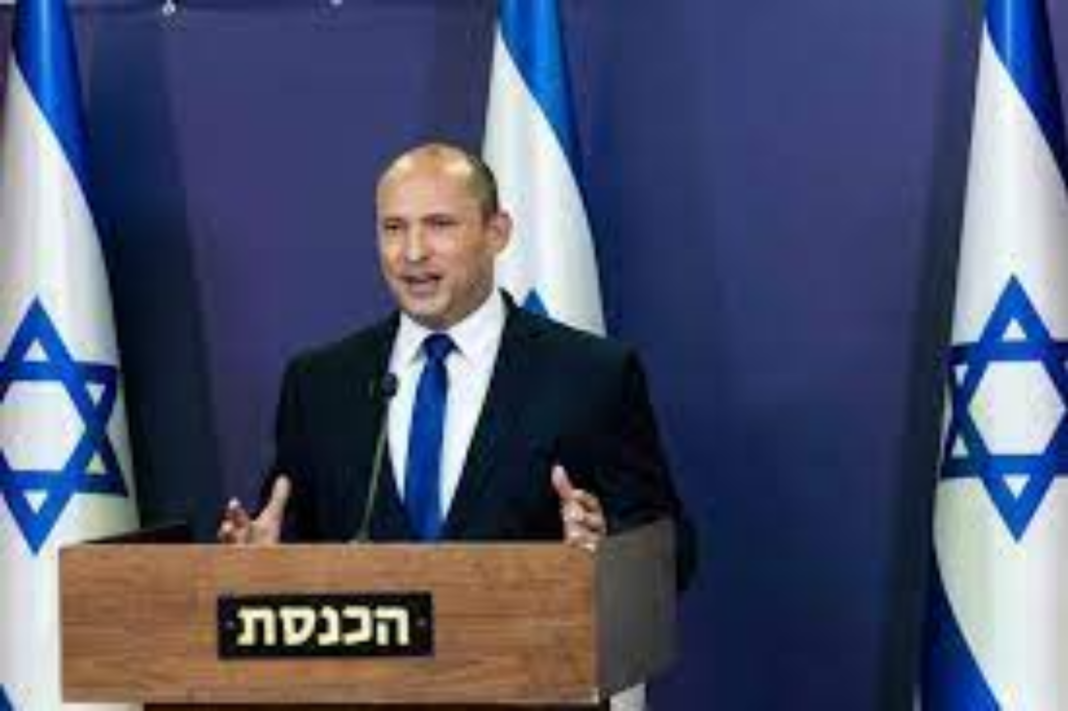 TEL AVIV, Israel (AP) — For months, Naftali Bennett vexed Israel’s political establishment by refusing to say whether he and his Yamina party would get behind Prime Minister Benjamin Netanyahu. Now the 49-year-old tech millionaire and former Netanyahu protege is poised to become his successor.

His rise to Israel’s top job is a historic turn for the 73-year-old nation after four inconclusive elections and a brutal 11-day war with Hamas’ militant rulers in the Gaza Strip. As a fragile truce held into its second week, Bennett finally announced his party would join with allies of centrist Yair Lapid to form a government.

They completed the deal late Wednesday, just a half hour before a midnight deadline, paving the way to formally oust Netanyahu in the coming days.

The “change” coalition reflects a pragmatic streak in the 49-year-old father of four who built his career on becoming the pro-settlement, anti-Palestinian statehood leader of the new Israeli right. It also reflects Israel’s mercurial politics.

Less than two months ago, Bennett signed a pledge on national television. “I won’t let Lapid become prime minister, with or without a rotation, because I’m a man of the right and for me values are important,” he said. Yet that’s exactly what will happen under Lapid and Bennett’s deal to serve as premier in two-year shifts.

Bennett was more circumspect when he announced the deal this week.

“No one will be asked to give up their ideology, but everyone will have to postpone the realization of some of their dreams,” he said. “We will focus on what can be done, instead of arguing over what is impossible.”

Bennett is a modern Orthodox Jew and lives in the upscale Tel Aviv suburb of Raanana, rather than the settlements he champions.
“The mistake,” Bennett told The Associated Press in 2012, “is to categorize me as extreme.”

Bennett began life with his American-born parents in Haifa, then bounced with his family between North America and Israel, military service, law school and the private sector. Throughout, he’s curated a persona that’s at once modern, religious and nationalist.

After serving in the elite Sayeret Matkal commando unit, Bennett went to law school at Hebrew University and made a fortune in the largely secular world of technology. In 1999, he co-founded Cyota, an anti-fraud software company that he sold in 2005 to U.S.-based RSA Security for $145 million.

Bennett has said the bitter experience of Israel’s 2006 war against the Lebanese militant group Hezbollah drove him to politics. The monthlong war ended inconclusively, and Israel’s military and political leadership at the time was widely criticized as bungling the campaign.

Bennett made his debut as Netanyahu’s chief of staff for two years. They parted ways after a mysterious falling out that Israeli media linked to Netanyahu’s wife, Sara, who wields great influence over her husband’s inner circle.

He marched into national politics in his own right in 2013, remaking a party of pro-settlement advocates and later serving as cabinet minister of diaspora affairs, education and defense in various governments.

Then came a series of inconclusive Israeli elections and corruption charges against Netanyahu. Before the latest election on March 23, he refused to say whether he would sit as part of a Netanyahu-led coalition.

Like the other elections, the March contest failed to produce a governing majority. Netanyahu failed to form a coalition of 61 votes in the Knesset. Then it was Lapid’s turn.

On Sunday night, Bennett announced he would form a government with “my friend,” Lapid. The alternative, he said, was to force the country into more elections.

“Or we can halt this insanity,” he said.