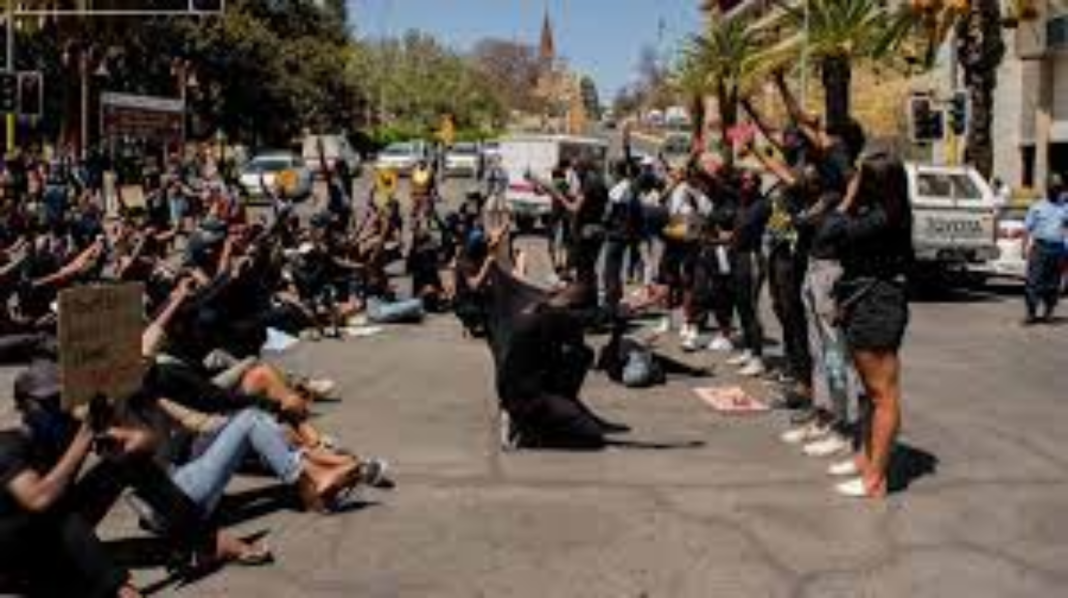 Namibian Prime Minister Saara Kuugongelwa-Amadhila was heckled by parliamentarians on Tuesday when she opened debate over the government’s reconciliation settlement with Germany.

“This issue is indeed a sensitive one. It is important that we do not become divided over this issue, but remain united as a nation in pursuing it until its logical conclusion,” she said before outlining the details.

At issue is an agreement between the governments in Windhoek and Berlin, in which Germany would officially apologize for colonial atrocities committed by imperial Germany in the early 20th century — in what was then known as German South West Africa — asking victims’ descendants for forgiveness and offering €1.1 billion ($1.3 billion) over the next 30 years as recompense.

But Namibian opposition politicians were furious about being excluded from negotiations, savaging their own government’s approach was akin to apartheid: “They have excluded communities, groups of Namibians … that is apartheid that government has practiced,” said Edson Isaacks of the Landless People’s Movement (LPM).

“We will not be party to any signatory for things that we did not participate in. That agreement can be signed between Germany and the Namibian government, but the vast majority of Nama and Herero people will reject it with the contempt it deserves,” said National Unity Democratic Organization (NUDO) leader Josef Kauandenge.

Prime Minister Kuugongelwa-Amadhila pushed back, saying the affected communities were “fully consulted during the negotiations.”

Germany acknowledges past crimes as genocide

Negotiations between Namibia and Germany began in 2015 over the historic massacre of Herero and Nama people between 1904 and 1908.

After years of sensitive negotiations, both governments reached agreement on the terms of a reconciliation deal last month, with Germany officially acknowledging crimes committed by the imperial German army against rebelling Nama and Herero as genocide.

Kuugongelwa-Amadhila assured parliamentarians that Berlin would “render an unconditional apology to the affected communities” and the nation.

German President Frank-Walter Steinmeier will deliver the apology in Namibia’s National Assembly on a yet to be determined date.

Parliament is set to vote on the agreement within the next several days. Should it gain approval it would then be available for both countries’ foreign ministers to sign. That date, too, remains to be determined.

Kuugongelwa-Amadhila’s government holds a comfortable majority in parliament, suggesting that the deal might have reasonable chances of success despite the opposition voiced on Tuesday.