Roce Today – Politics, Opinions, Gun Rights,Pro-Life and Border Wall
Home Politics NASA is taking the Navajo language to Mars, with the help of... 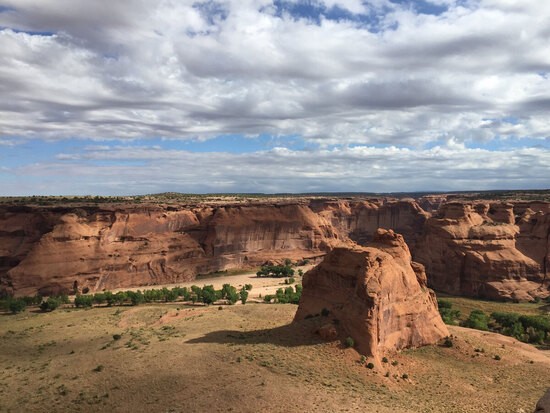 As Navajo Times points out, the actual Diné term for Mars would be something like “yá biyi’di sǫ’ łichíígo dahsi’ą́,” meaning “the red star,” but “Máaz” provides a convenient shorthand term.

That won’t be the only Navajo word that gets planted on the Martian landscape. NASA divided the area around the landing site into a series of quadrangles, each of which is about a square mile. Features within each quadrangle will be named in ways that are connected to a national park back on Earth that carries similar geology. The first of those parks will be Canyon de Chelly National Monument (Tseyi Heritage Center), just east of Chinle, AZ.

Before starting to spread the Navajo language across another world, Yazzie worked with leaders like Navajo Nation President Jonathan Nez and Vice President Myron Lizer to come up with a list of words that are both descriptive of the geology, and celebrate the language. One example, targeted at the way the way some Martian slopes show rockslides of small debris, was the term “tséwózí bee hazhmeezh,” which translates as “rolling rows of pebbles, like waves.”

The partnership between NASA and the Navajo Nation is intended to both draw the connection between the terrestrial landscapes and their Martian equivalents, and to revitalize the Diné language by putting these terms in the mouths of scientists and space enthusiasts around the world. Many of the words to be used were suggested by Yazzie. So, as the rover moves away from its landing site, expect to hear features described using terms like “bidziil” (“strong”) and “hoł nilį́” (“respect”).

At the moment, the actual Canyon de Chelly National Monument and Tseyi Heritage Center are closed due to COVID-19. So are the fantastic towers at Monument Valley Tribal Park and the genuinely alien spaces of Antelope Canyon in Lake Powell Tribal Park. Throughout the pandemic, first nations territories have been hit especially hard, with the underfunded Indian Health Service failing to provide adequate services (actually, that’s true even when there’s not a pandemic) and the initial wave of COVID-19 hitting the nation at 10 times the rate seen elsewhere in the region.

On Thursday, the Navajo Times celebrated the passage of the American Rescue Plan as a “big shot in the arm,” as that plan includes $20 billion for tribal governments to respond to COVID-19. How much of that is going to the Navajo Nation isn’t yet clear, but the new legislation—passed by an administration whose victory in Arizona came down to a wave of Native American votes—is certainly bringing fresh hope.

One day soon, the parks will reopen and all Americans, as well as visitors around the world, will be able to marvel again at these incredible landscapes shaped by wind and time to be so like those found 150 million miles away. Until then, the Diné will continue to demonstrate “Ha’ahóni” (perseverance).

Rum and Wear A Mask FRIDAY!

The Aftermath of an Afghanistan Fallout