Home Opinion NATO:Warnings and Threats or Bluster and Bluff 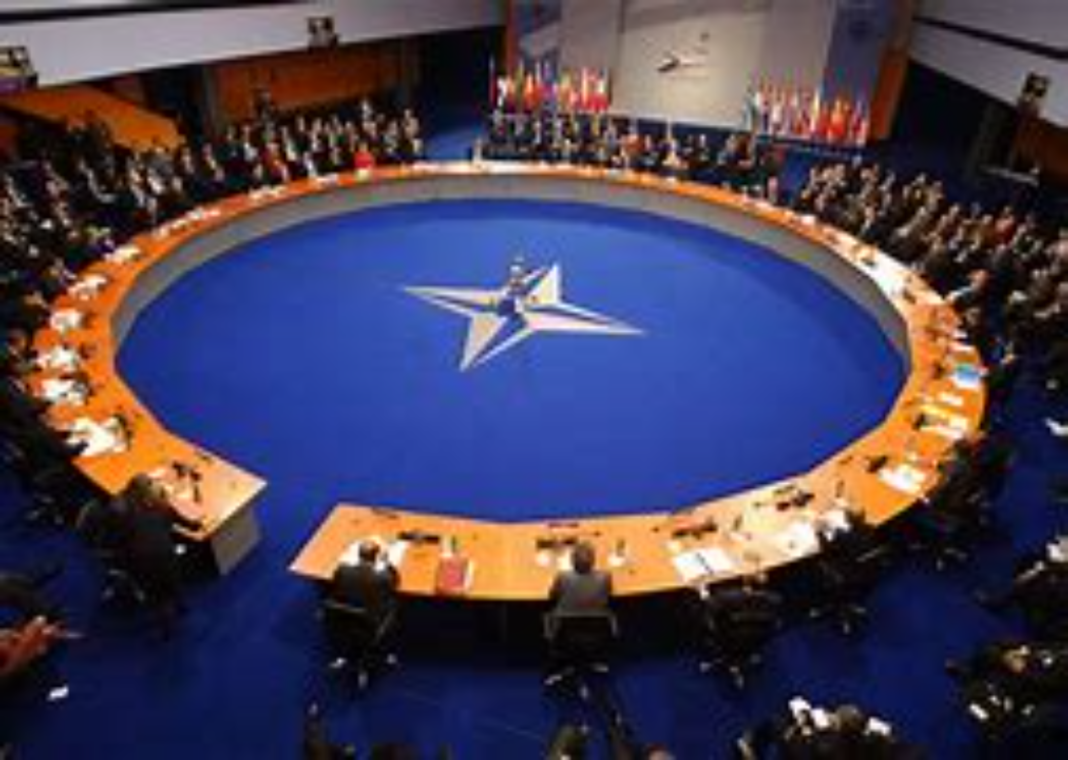 Before the NATO ministerial meeting in Brussels this week, Defense Secretary Lloyd Austin took a side trip to Georgia and Ukraine.

Purpose: Assure these nations that America has their back and encourage their hopes of future admission to NATO. Austin, said the Pentagon, would tell both nations there is an “open door to NATO.”

“Ukraine … has a right to decide its own future foreign policy,” said Austin in Kiev, “and we expect that they will be able to do that without any outside interference.” He went on:

“No third country has a veto over NATO’s membership decisions. Ukraine … has a right to decide its own future foreign policy, and we expect that they will be able to do that without any outside interference.”

The U.S. apparently backed up Austin’s words by sending B-1B bombers over the Black Sea. Said the Russian Defense Ministry:

“Russian fighter crews identified the air targets as two B-1B supersonic strategic bombers accompanied by two KC-135 tanker aircraft of the US Air Force and escorted them over the Black Sea.”

Why are we sending nuclear-capable bombers over the Black Sea?

Why are we holding out to Kiev and Tbilisi hope that they will be invited to join NATO and receive a U.S.-NATO Article V war guarantee to have the U.S. fight alongside them if there is another crisis with Russia such as occurred in South Ossetia and Georgia in 2008 and Ukraine in 2014?

We did not fight Russia then. And we are not going to fight Russia now, or tomorrow, as these regions and these issues are not vital national interests of the United States.

Nor is the Black Sea the only region where the U.S. is hinting at confrontation and possible war.

With Iran refusing to return to compliance with the nuclear deal from which President Donald Trump walked away in 2018, or renew talks to do so, Secretary of State Antony Blinken warns there are “other options if Iran does not change its course.”

“With every passing day, and Iran’s refusal to engage in good faith, the runway gets short. … Time is running short. We are getting closer to a point at which returning to compliance with the JCPOA (the nuclear deal) will not in and of itself recapture the benefits of the JCPOA.”

“We will continue to look at every option to deal with the challenge that is posed by Iran.” The phrase “every option” manifestly includes a war option.

After a recent meeting in Washington, D.C., Americans and Israelis began talking of a “Plan B” for dealing with a recalcitrant Iran, which sounds very much like a threat to go to war.

Under President Joe Biden as well as Trump, the U.S. has been ratcheting up the number of “freedom of navigation operations” by U.S. warships in the South China Sea and Taiwan Strait. And we have encouraged allies to send their warships to do the same, which several have done.

We have told Japan, the Philippines and the world that our mutual security treaties cover Manila’s claim to Chinese-occupied islets of the South China Sea and the Japanese-controlled Senkakus in the East China Sea.

When China, over a four-day period, sent 150 warplanes into the air defense identification zone south of Taiwan, U.S. leaders declared that our support of the island is “rock solid.”

Yet, the U.S. security treaty with Taiwan lapsed four decades ago.

In February, Republicans in Congress introduced a Taiwan Invasion Prevention Act to authorize Biden to use any military action required to repel an attack by China on Taiwan or its island possessions.

Democrats are considering a similar measure to give Biden authority to resist a Chinese attack on the island or an attempt to overrun it or force its surrender to the mainland.

These Congressional moves to cede new war powers to the president come as Congress is considering repeal of the Authorization for Use of Military Force used to take us into the 1991 Gulf War and to invade Iraq in 2003.

Consider, then, a brief summation of the confrontational postures adopted by the Biden diplomats.

We are openly warning Russia that the U.S. may soon bring Ukraine and Georgia into NATO, which would entail a U.S. war guarantee to fight on those nations’ behalf in a future military clash with Moscow.

We are openly warning Iran that time is running out, that if Tehran does not return to negotiations on the nuclear deal and compliance with its terms, a U.S. attack on Iran cannot be ruled out.

We are putting China on notice that we do not accept its broad claims to the islets of the East and South China Seas, and we may be there to fight alongside our allies to sustain their claims.

Now congressional leaders in both parties are crafting measures to give Biden authorization to take us to war with China to protect Taiwan, whose declaration of independence, warns Beijing, would cross its “red line” and mean war.

Why is NYC Flooded with Anti-Kyle Protesters