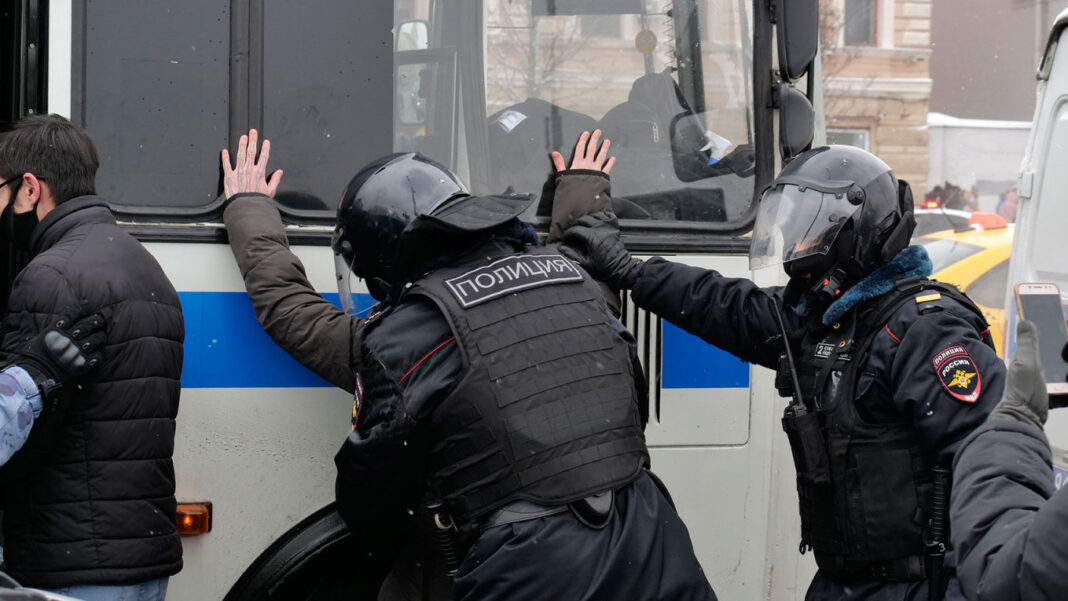 A court in St. Petersburg on Wednesday jailed a man for a year for having attacked a riot police officer during a rally in support of imprisoned Kremlin critic Alexei Navalny.

Yevgeny Tugankov became the third Russian to receive a prison sentence over the nationwide protests that took place in late January and early February demanding freedom for 44-year-old Navalny.

On Wednesday, St. Petersburg’s Leninsky district court sentenced Tugankov to one year in a penal colony for having used violence against a law enforcement official, the OVD-Info rights group reported.

Tugankov pleaded guilty to the charges.

An earlier court statement cited investigators as saying that Tugankov was part of a group of demonstrators that attacked a riot police officer during a rally in Russia’s second city of St. Petersburg on Jan. 31.

Thousands were detained in the police crackdown on protesters in January and February, with many fined or held in detention centers. Dozens face extended prison sentences.

Earlier this month, a protester was sentenced to two years in prison for attacking a riot police officer during a Jan. 23 rally in Moscow.

Also in March, a man was jailed for three years for spraying tear gas at a policeman during a Jan. 23 rally in the city of Vladimir some 185 kilometers (115 miles) east of Moscow.

Navalny was arrested in mid-January on his return to Russia from Germany, where he spent months recovering from a near-fatal nerve agent poisoning.

The anti-graft campaigner has said he believes the attack was carried out on Putin’s orders, a claim the Kremlin has repeatedly denied.

Navalny’s team has called for protests in his support to resume this spring and summer.

Navalny himself on Wednesday announced a hunger strike to put pressure on the authorities to provide him the medical treatment he says is being denied.

Pelosi is right and should make the trip to Taiwan