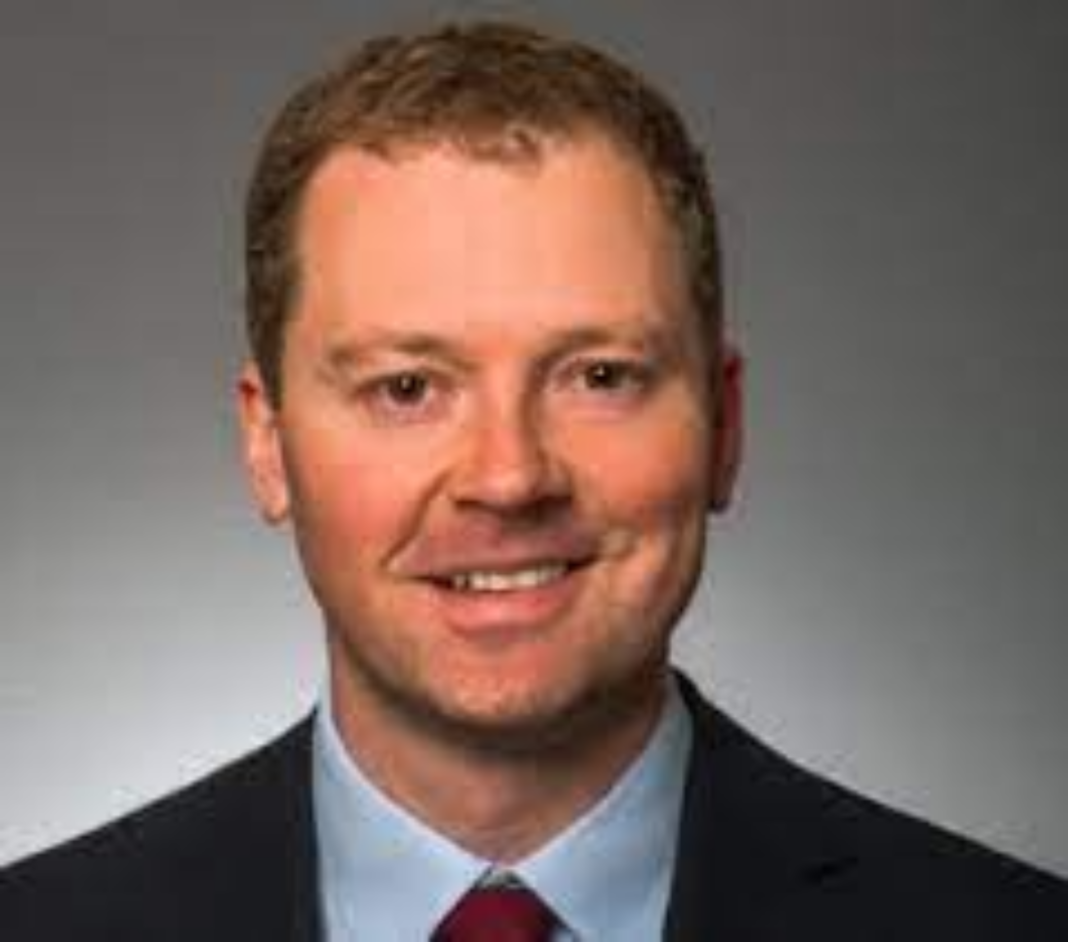 Colleagues say O’Brien, a Tory MP and head-down policy wonk, describes himself as a “total obsessive” about ending inter-regional inequalities plaguing the United Kingdom for generations.

That long-standing problem is also at the root of the prime minister’s so-called leveling up agenda, which wowed many traditional Labour voters at the last election and contributed to the Conservatives taking a slew of seats in Labour’s “red wall” of the North and Midlands.

Delivering for those voters is seen as crucial to a second Johnson win. As such, the prime minister has tasked the Harborough MP with making sure it happens.

The prime minister has taken the veteran think tanker into Downing Street to act as his leveling up adviser, and will produce a white paper detailing a deliverable policy for publication later this year.

Nick Faith, who worked with the Harborough MP at two think tanks, said there was “no one better placed to take on this role.”

The leveling up concept was a vague Conservative election promise in 2019, outlining the need to to help struggling areas of Britain catch up with its wealthier parts. It has attracted criticism for a lack of definition, with some ministers being unable to outline exactly how it will be measured once implemented.

The challenge for O’Brien, however, is political: The Conservatives need to work out how to deliver something tangible to lock in working-class votes. “It’s going to have to be about proper outcomes that people genuinely care about,” said Faith. “Unless Neil can put some meat on the concept of leveling up and demonstrate how life has improved under this government, it will be harder to keep those voters who backed the Conservatives for the first time in 2019.”

It’s no easy feat: The idea of improving poorer areas is hardly new, but it’s one that remained stubbornly resistant to policy interventions over decades.

Such a tangle should be no match for O’Brien, a problem-solving whizz who can take an abstract concept and boil it down into something deliverable, according to colleagues past and present. “He has an unbelievable brain — like a whirring computer,” one Conservative MP said. A minister said he is “super bright” and “good with a pivot table” — data nerds’ favorite spreadsheet function.

A big question is whether O’Brien also has the political acumen and clout in Downing Street to fight for results, particularly since his unyielding pro-lockdown stance angered so many of his colleagues. His allies say he does, and argue his battle with anti-lockdown MPs showed his ability to use data to win the argument.

O’Brien spent months in fierce rows over whether the U.K. should impose COVID restrictions, taking on libertarian Conservative MPs and right-wing news outlets on Twitter, throwing out facts and stats countering claims about the coronavirus being overblown or lockdowns doing more harm than good. He set up a website to debunk the arguments peddled by media polemicists, anti-lockdown academics and — although he never named them — his own Conservative colleagues (like Mark Harper and Steve Baker).

“It was either the bravest thing to do or suicidal,” said the Conservative MP quoted at the top of this article. “They’ll all get their own back on him one day.” Indeed, right-wing magazine the Spectator continues to name him as a bête noire, going as far as to ask intern applicants to write essays disparaging him.

Tory critics say they think Downing Street put him up to it and supplied the data. “He became their attack dog on COVID,” said another MP. “He’s a complete loyalist who is used by No. 10.”

Those who know O’Brien insist he was never asked to fight the skeptics, and was incensed about coronavirus misinformation in the media. “When something is clearly misleading, I would imagine that pisses him off,” the minister added.

His supporters argue it showed the introverted policy geek also has political mettle. “I was really impressed and proud of him over COVID — for a Conservative MP to be as critical as he was of the Daily Telegraph is pretty bold,” said Danny Finkelstein, a Conservative peer who set up the Onward think tank alongside O’Brien. “It certainly resolved the question of whether he was somebody who was willing to speak out for what he thought was the right thing.”

Finkelstein added: “If you’re asking me for the moment where I moved from thinking that he was a good, solid talent to thinking that we were dealing with somebody of high political skill, it was that.”

Battles with his Conservative colleagues may have only just begun: MPs in traditional Tory seats in the South are worried a renewed focus on the north of England could mean their areas are neglected. Downing Street sounds serious in its backing for O’Brien, however, with the MP addressing the Cabinet on his plans this month and meeting Chancellor Rishi Sunak.

The new job is a dream come true for O’Brien, who has been pursuing the regional inequality issue through his work in think tanks and government for most of his career.

In this vein, admirers have questioned why he has not made more progress in this area. “I was struck by the fact that he is someone who was clearly very capable, very bright, but didn’t immediately get preferment within the Tory party,” said Norman Lamb, a former Liberal Democrat MP who worked with O’Brien on the science and technology committee. “There are plenty of his contemporaries who are now ministers. And he’s not. And is that because he hasn’t shouted loud enough? Made a big enough impact internally?”

One reason may be his quiet nature and allergy to Westminster schmoozing. “He’s not socially confident at all. He isn’t going to walk into a room and slap people on the back,” said one former colleague. “You don’t think you’ve just met Bill Clinton when you’ve just met him. Neil’s skills and character become more visible when you know him better.” Allies cite his long record as a backroom influencer and the respect he has gained for his mastery of the substance.

O’Brien worked on the “northern powerhouse” — a precursor to the leveling up plan — as an adviser to former Chancellor George Osborne, and later advised then-Prime Minister Theresa May on industrial strategy. But Johnson is the first prime minister who owes big results to working-class seats in the North and Midlands after they helped win him an 80-seat majority.

“I think Neil was probably one of those people who identified, before anyone put a name on it, why leveling up was needed,” said Conservative peer and former Cabinet minister Nicky Morgan, who worked alongside O’Brien in the Treasury.

Indeed, O’Brien was writing about how the Conservatives could win over voters in working-class heartlands as far back as 2012. Morgan said his background — growing up in Huddersfield where he attended a state school — was a vital connection to his later work.

Other colleagues agree. “If you come from a state school in Huddersfield you must have thought about that stuff,” said one Conservative frontbencher. “Obviously something clicked that made him think center-right politics was the right way to approach it.”

It was seeing Huddersfield fight its way out of the 1980s recession that turned O’Brien political, said one person who knows him well. He has talked about how elements of the recovery were a success, but problems remained as areas were left behind despite what he saw as the triumphalism of the New Labour administration.

Now O’Brien is on the inside, with the tools to bring about real change and make his obsession a reality.