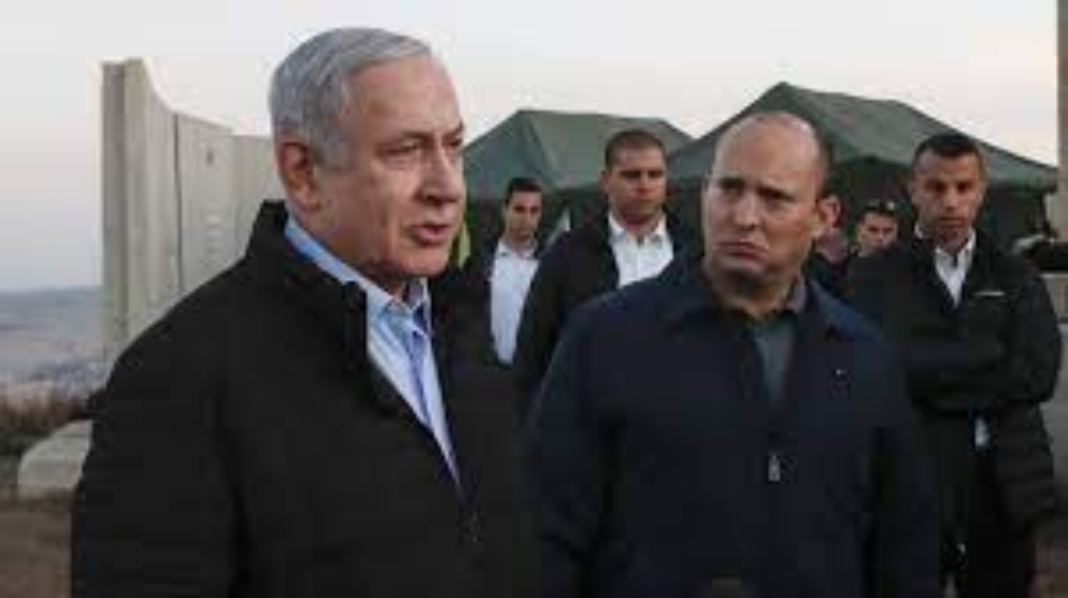 In the letter, Netanyahu’s chief of staff, Asher Ohayon, claimed that the head of the Israel Defense Forces Central Command did not have the authority to issue a directive this week barring additional construction in the Evyatar outpost and ordering all inhabitants to vacate the site with their belongings beginning next week. Ohayon said that such sensitive military orders require the prime minister’s approval — a claim that the Defense Ministry has since dismissed.

Netanyahu’s chief of staff also noted that the status of the land near the Tapuah Junction on which dozens of structures were erected without any of the necessary permits remains unclear. The Defense Ministry still needs to survey the land and if it determines that enough time has passed since its original Palestinian owners had worked the area, the state will take control of the territory and could well decide to legalize the outpost.

The land on which Evyatar was reestablished in April historically belonged to the adjacent Palestinian villages of Beta, Kablan and Yitma, though residents have been barred access to it for decades for what the IDF has said are security reasons.

Evyatar has already been razed several times since it was first established in 2013 after the murder of Yitzhar resident Evyatar Borovsky in a stabbing attack at the Tapuah Junction.

The outpost has quickly grown over the last two months, swelling to roughly 40 buildings. Daniella Weiss, who heads the Nahala outpost-establishing organization, told Haaretz that 42 families have already moved in and that another 75 families are interested in following suit.

The outpost’s Facebook page boasts that Evyatar prevents contiguity between the surrounding Palestinian villages while connecting the Israeli settlement of Tapuah to the Za’atara Junction and Migdalim settlement.

The Civil Administration. the Defense Ministry body responsible for authorizing West Bank construction, said in a statement that the buildings in Evyatar were erected “illegally without the necessary permits.”

It added that “enforcement [against the illegal building] will be carried out in accordance with the proper procedures and will be subject to operational considerations.”

A decision on whether or not to move forward with the demolition will likely pose one of the first challenges to the new government set to be sworn in on Sunday. 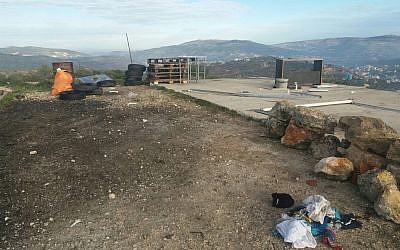 The land adjacent to the Tapuah Junction in the northern West Bank where the Evyatar outpost stood prior to being razed hours earlier. (Courtesy: Tzvi Succot)

While he presided over dozens of such demolitions as prime minister, Netanyahu is preparing to oppose the move from outside the government and call into question the right-wing bona fides of the new coalition led by Yamina chairman Naftali Bennett — a former director of the Yesha Council settler lobby.

While Bennett’s Yamina, New Hope and Yisrael Beytenu are longtime backers of the settlement movement, they will be sitting in a government with the left-leaning Meretz and Labor parties, which oppose Israeli construction beyond the Green Line. The centrist Blue and White and Yesh Atid parties are likely to back such a demolition as well, given that Evyatar was indisputably built illegally.

Arbel defended his actions, citing what he described as rampant illegal building in the area by local Palestinians.

“When I contact the defense minister and he tells me that there are no regulations and we cannot enforce the [illegal] Arab construction, then the order that bans, exclusively for Jews, building and bringing in construction materials is not legitimate,” said Arbel. “I used my parliamentary immunity to help form the settlement. We came here to build up this country.”