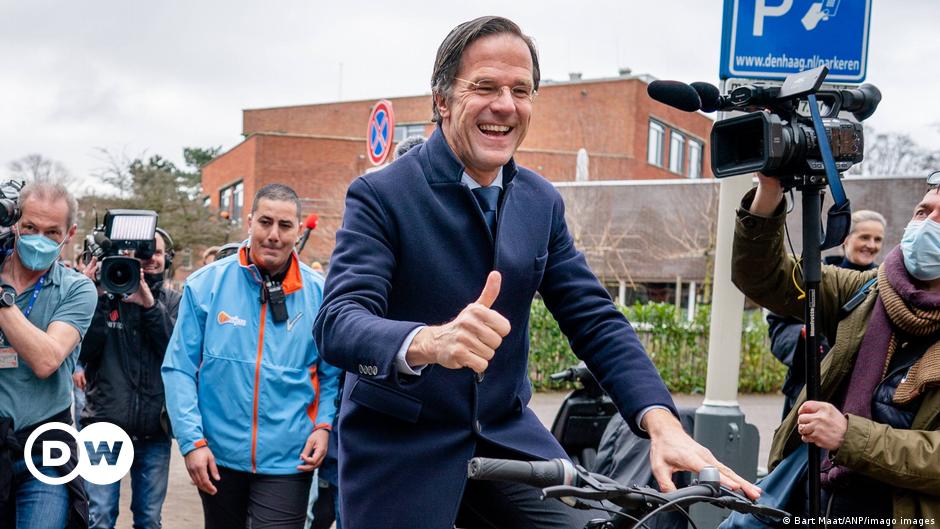 Dutch Prime Minister Mark Rutte’s VVD party was projected to come out on top in the Netherlands’ general election on Wednesday, in a vote overshadowed by the coronavirus pandemic.

Exit polls saw the VVD taking 36 out of 150 seats in the lower house of the Dutch parliament.

If the vote tallies confirm the projections, the figure would be enough for a clear mandate for the VVD to form a government and Rutte told reporters: “The voters of the Netherlands have given my party an overwhelming vote of confidence.”

VVD lawmaker Sophie Hermans said: “This shows that the Netherlands trusts the VVD and Mark Rutte to continue in this unprecedented crisis.”

Thierry Baudet’s Forum for Democracy garnered support on the back of COVID-19 skepticism in a country that recently suffered itsworst riots in decades after the implementation of a curfew aimed at stemming the spread of the coronavirus.

Baudet’s far-right party were on course to significantly increase its presence in the Dutch parliament by securing eight seats. Baudet was one of the only leaders to hold campaign rallies around the country.

Normally the most reliable of gauges for an election result, the exit poll for this vote has a greater margin for error, according to Ipsos, who conducted the research for NOS.

Ipsos said the uncertainty caused by voting in the COVID-19 pandemic meant that there could be “a difference of two seats per party. A difference of more than two seats cannot be completely ruled out,” the research firm said in a statement.

A 3-day election due to COVID

Millions of voters across the Netherlands cast their ballots at museums, churches and bike-through polling stations conducted over three days to help ensure social distancing and other coronavirus measures could be maintained.

A limited number of voting centers had been open on Monday and Tuesday for the elderly and vulnerable, with voters also allowed out after a nationwide 9:00 pm coronavirus curfew, before polls opened for everyone on Wednesday.

Rutte had earlier said he was  “cautiously” optimistic as he arrived in trademark style on his bike to vote at a school in The Hague.