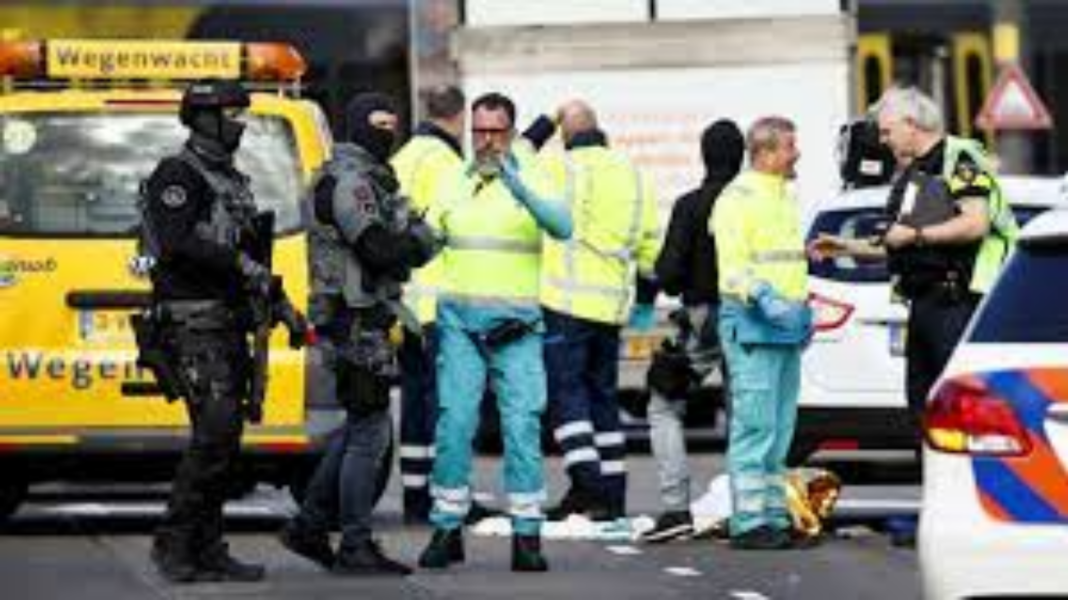 One suspect died and six others were arrested in a shootout with police following an attempted robbery of a vehicle transporting valuable goods, officials said on Wednesday.

Dozens of Dutch police officers chased the suspects along roads and across a meadow near Amsterdam, police said.

Authorities said the robbers were armed with automatic weapons and exchanged gunfire with police during the highly unusual chase in the Netherlands.

A police spokesman cited by local broadcaster AT5 said the violence, which left two suspects injured and one dead, was “unprecedented.”

“It is a miracle nobody else was injured,” Amsterdam police spokesman Rob van der Veen said.

None of the witnesses or policemen were hurt in the firefights, according to AT5.

How did the incident unfold?

Armed hooded men dressed in black allegedly opened fire at around 2:15 p.m. (1215 UTC) at a vehicle transporting goods from or near a precious metals business north of Amsterdam.

Police said the suspects then fled in at least two vehicles toward the small village of Broek about 10 kilometers (some 6 miles) north of the Dutch capital, with dozens of police officers wearing armored vests in hot pursuit.

According to local media reports, the vehicle contained gold or diamonds worth up to €50 million ($60 million).

Images shared by witnesses on social media also showed helicopters hovering overhead as the suspects and police exchanged fire into the start of the evening.