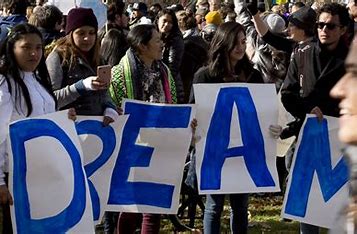 The government made two important announcements on March 7th affecting immigrant children who have been abused, abandoned, and neglected. The first is a new policy that offers work permits and deportation protection to children with approved Special Immigrant Juvenile Status (SIJS) petitions. The second is a long-anticipated SIJS regulation, clarifying eligibility requirements for youth seeking protection.

SIJS is a form of immigration relief available to children who have been abused, abandoned, or neglected by one or both of their parents. Applying for SIJS is a complex process that usually involves multiple courts and various applications. To apply for SIJS, a young person must first petition a state court to make specific findings about whether they have been abused, abandoned, or neglected. After obtaining an order from the state court, the child submits their SIJS application with U.S. Citizenship and Immigration Services (USCIS).

SIJS-eligible children who successfully navigate this multi-pronged process, however, are not immediately granted permanent immigration status in the United States. They then must apply for a green card after USCIS approves their petition for SIJS.

A significant visa backlog–particularly for youth from Mexico and Central America’s Northern Triangle– also causes thousands of young people to be in limbo without the ability to achieve permanency in the United States, or even work lawfully.

Deferred action is a form of prosecutorial discretion that protects recipients from deportation. The agency’s announcement states that it will begin automatically assessing approved SIJS cases for deferred action on May 6 and that no additional application is required. Importantly, deferred action will make these children and young adults eligible for work permits as they continue awaiting their green cards.

The second recent SIJS-related announcement was the issuance of a new regulation, which goes into effect on April 7th. The new rule governs how USCIS will adjudicate SIJS petitions and clarifies eligibility standards. This is the first time SIJS regulations have been promulgated since the Trafficking Victims Protection Reauthorization Act of 2008 introduced significant changes to the program

Though new SIJS regulations were proposed in 2011, advocates argued that the regulations largely conflicted with the statute and they were not finalized. The Trump administration later reopened the comment period for these regulations in 2019, raising renewed concern among advocacy groups who feared that the administration was taking another step to whittle down protections for immigrant children.

The final rule makes several improvements. It includes age-out protections for youth who submit their SIJS petition before turning 21. It also clarifies that applicants remain eligible for SIJS even if their state court order terminates after they reach the age of majority in their state or achieve other permanency. Additionally, the rule prohibits the government from requiring the child to contact their abuser or the abuser’s family as part of the application process.

These changes to SIJS, particularly new protections against deportation and work permits for SIJS youth, provide much-needed assistance to this vulnerable population of young people. The Biden administration and Congress should not stop there though. Additional reforms, such as exempting SIJS youth from visa caps, are needed to offer permanent protection to these young people who, despite these recent reforms, continue to languish in the visa backlog.