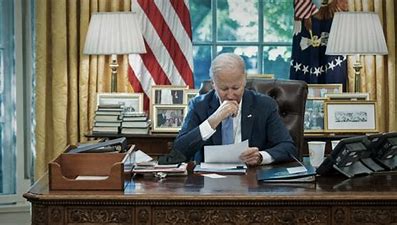 The harmful effects of excessive government spending have become the most pressing issue for Americans due to the worst inflation surge in decades. Washington’s reckless choice to pump trillions of dollars into the economy is the reason we face more inflation than other top economies around the world. Yet, incredibly, Congress is still planning an onslaught of additional inflationary spending bills with seemingly no end in sight.

A recent report from the nonpartisan Congressional Budget Office helps to underscore the severity of the fiscal problems facing the nation and the urgent need for a new approach.

President Joe Biden has been engaging in extra-strength political spin by repeatedly taking credit for a reduction in the budget deficit. Yet this happened despite Biden’s policies, not because of them: Record-setting deficits during the COVID-19 pandemic were already expected to come back down to earth as the worst of the pandemic seemed to wane.

A more accurate way to see whether Biden has been good for the nation’s financial health is to compare where things stood when he took office with where they stand today. The comparison in the chart below makes it clear: Biden has repeatedly chosen to make things worse.

Compared to projections from February 2021, when Biden had just taken office, the latest analysis shows a combined $2.77 trillion in additional deficits over the 2021-2031 period. The largest factor for this increase was the wasteful and opportunistic $1.9 trillion COVID-19 package that passed with exclusively Democratic support in March 2021. The shoddy $1.2 trillion infrastructure bill that Biden championed added even more red ink.

Incredibly, things could have been even worse if any version of Biden’s disastrous Build Back Better multitrillion-dollar debacle had become law. Despite the false spin from leading Democrats, it would have led to significantly higher deficits over the first several years (at minimum), pouring more gasoline on the inflationary fire.

Biden’s budget plan is similarly bankrupt, with more inflationary spending; anti-growth tax hikes; and radical, left-wing policy goals. It’s clear that the administration isn’t even considering the idea that now is the time to rein in out-of-control spending.

While the activist left claims that deficits are the result of taxes being too low, the reality is that the IRS has been raking in record hauls after the passage of the 2017 tax cuts.

In addition, the CBO’s long-term projection makes it clear that we’re on the wrong path due to ever-increasing spending, not because Uncle Sam is taking it easy on taxpayers.

The Grand Canyon-sized gulf between federal spending and revenues in the above chart means that the record-setting deficits seen at the height of the COVID-19 pandemic will eventually return simply by continuing with the government we have today.

The mounting deficits seen in the chart above would have a twofold effect. First, they would mean that inflation would become a much more enduring threat than the Biden administration would have you believe, since large federal deficits financed by the Federal Reserve are inherently inflationary.

Second, as the national debt continues to grow, the cost of just paying the ever-increasing interest on that debt threatens to become another anchor around our necks. The chart below illustrates one of the country’s biggest threats:

With deficits expected to remain high indefinitely, there’s no shortcut to avoiding the consequences of Washington’s recklessness.

No Way to Run a Country

Even if we set aside those 30-year projections, our current situation is unacceptable, as the chart below makes clear:

The break-neck speed at which Washington’s spending has added to the national debt can’t be sustained. Washington’s short-sighted attitude about mounting debt has pushed America to a lopsided position.

Since the numbers involved are so enormous, it’s helpful to put them in context:

Any adult who ran a household similarly to the chart above would be rightly scolded for not examining his spending patterns, yet Congress and various special interests feel entitled to big annual spending increases and “emergency” bailouts.

A perfect example of this is the national Highway Trust Fund, which is bailed out every few years because Congress refuses to take the issue seriously:

Last year’s infrastructure bill increased spending to the point where over $40 billion in annual gas tax revenue that goes to the trust fund is comically small in comparison, as the chart above demonstrates. Even though the highway fund is riddled with potholes that can be fixed to make the fund solvent, Capitol Hill puts pork-barrel politics ahead of responsible governing.

Washington has proven over and over that it will choose the political expediency of debt and deficits rather than the sober work of serious budgeting.

The irresponsible way that Congress and the Biden administration treat the nation’s finances is nothing new, and it’s abundantly clear that the left views government spending as the answer to seemingly every problem under the sun.

The only solution is for Americans to make their voices heard and hold officials accountable. The tea party movement and the 1994 Republican “revolution” both led to improvements for a few years, but this was followed by backsliding when budgeting fell out of the headlines and the American people weren’t putting constant pressure on their representatives to exercise the kind of fiscal restraint they had to exercise at home.

Only sustained pressure can change Washington’s broken and dysfunctional internal culture. Our future depends on it.