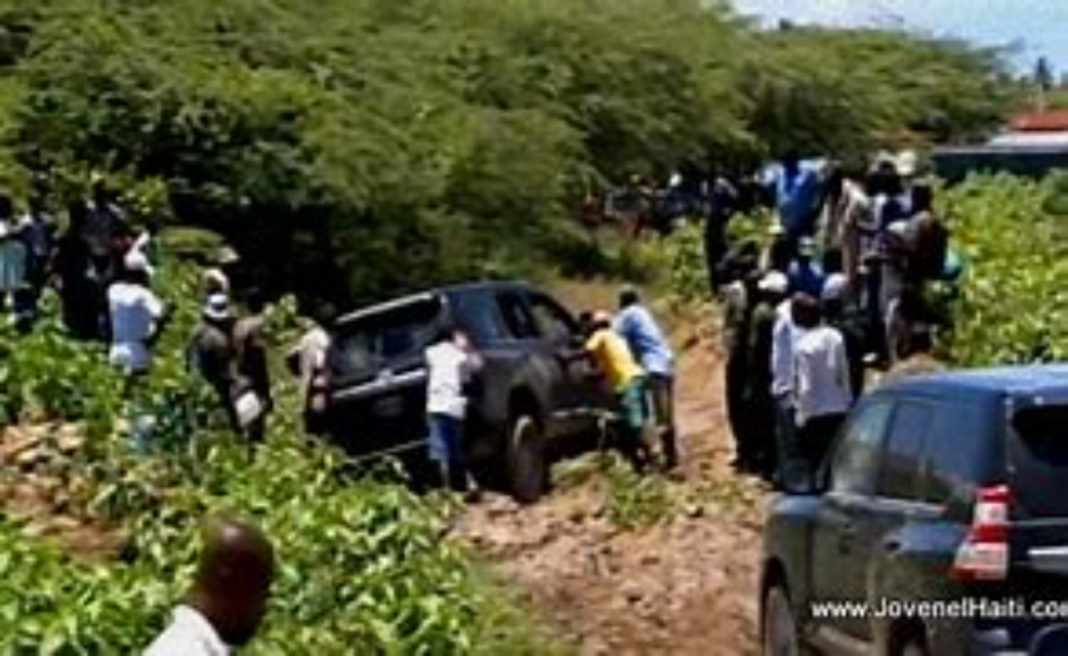 Advocacy groups for migrant Haitians are sending a message – prepare for a new wave of Haitians heading to the U.S. border. The message is coming through social media and it warns of a large number of Haitians currently in southern Mexico who will begin the trip in twenty days. The caravan effort is led by an American citizen with the nonprofit Pueblo Sin Fronteras.

The migrants are being held in Tapachula in southern Mexico. They have been waiting on the proper documentation from Mexican officials so that they can continue the journey. There are also Central Americans in the group. Activist Irineo Mujica said they are “ready for war” now. He is the American citizen leading the caravan who sounds ready to fight Mexican authorities if the caravan isn’t given the green light to travel north. He said they will travel with or without clearance from the Mexican authorities. Their departure date is scheduled around October 25.

“We are leaving in 20 days,” activist Irineo Mujica said Tuesday on social media. “We prefer to march with (travel) papers. […] And this time, with papers or without papers, we are ready for war. If the National Guard comes and they are cowardly enough to beat women and children, let them prepare because God’s hand is with us.”

¨CARAVANA Mother ”will come out of #Tapachula#Chiapas

In the next few days, the Mother Caravan will leave the southern border with or without documents in hand.
@IrineoMujica director of @PuebloSF

The Haitians and Central Americans seek humanitarian visas. They want to be allowed to either stay in Mexico or to be given free transportation north to the United States. Frustrated with what they consider a lengthy delay in southern Mexico, they have been holding rallies and marches in Tapachula. What continues to be striking is that the Haitians are so quick to present a sense of entitlement, that they are entitled to settle where they wish regardless of the laws or borders of other countries. They expect free transportation from Mexico which is different from past caravans that are organized by human traffickers, known as coyotes, and they make most of the journey on foot. The question is, who is paying for these caravans? Is it the non-profit Pueblo Sin Fronteras? Maybe Pueblo Sin Fronteras is able to fundraise successfully enough to pay for the caravan but the number of Haitian migrants is so high that it would take some serious financial donations to sponsor the undertaking. Officials from Panama have already warned the Biden administration that up to 60,000 Haitians are on the way.

The goal of Pueblo Sin Fronteras is to organize high-profile caravans in order to “facilitate immigration and calls for open borders”. They attract “considerable amounts of coverage in the Mexican and American media.” Pueblo Sin Fronteras seeks to “build solidarity bridges among peoples and tear down border walls imposed by greed,” according to its Wikipedia page. The non-profit’s website presents a more sophisticated description of its mission but it’s the same. The goal is open borders, and it calls itself “a transborder organization”. The non-profit’s founder lives in Dallas.

There is no word yet on where the caravan plans to go. Will it go back to Del Rio or will it find a different spot that will be accessible across the Rio Grande River? There is a legal struggle going on right now between Mexican authorities and Pueblo Sin Fronteras. Pueblo Sin Fronteras said it went to court to get 12,000 migrants asylum but officials argue that is not what happened.

Mujica and other advocates in Tapachula last week turned to federal courts in the state of Chiapas to force the National Migration Institute (INM) and the National Refugee Commission (COMAR) to acknowledge the right of some 12,000 migrants there to seek asylum.

The court writs, known as amparos, wouldn’t guarantee asylum but would at least protect the migrants from deportation, the activists say.

The INM responded with a news release saying no Haitians have been granted such protection so far and that the writs don’t guarantee free transit, anyway.

“The INM makes this information available so that people who are migrants aren’t given erroneous information, false documents or become victims of extortion,” the Mexican agency said.

Later, it said its officers arrested 103 migrants heading north in a single bus in the state of Tabasco, which borders Chiapas.

It sounds as though Mexico is playing a role in slowing the caravans, if not turning them away altogether at its own southern border. Governor Abbott and others are preparing for another wave of migrants at the Texas border. He is holding a press conference today to present a multi-point plan to deal with the continuing Biden border crisis. Governors from ten other states have joined him this week to tour the current situation on the border at Mission, Texas, and work together going forward. Abbott’s request for a federal disaster declaration was turned down by the Biden administration last week and he vows to appeal that decision. Texas can not go it alone. The other governors have provided help in the form of national guard troops and other law enforcement reinforcements.

National Guard troops are working with DPS to fortify areas of the border where people are crossing illegally. DPS says the state has put up temporary fencing at the border to divert people to areas with more resources. Additionally, the Texas Legislature has allocated $3 billion for border security efforts, which Abbott says include building a wall.

Meanwhile, Abbott is appealing FEMA’s decision not to declare a federal emergency at the Texas-Mexico border. The Governor had written a letter to President Joe Biden two weeks ago, requesting that declaration amid the influx of 15,000 Haitian migrants. Abbott now says the President has “turned his back on Texans” living along the border.

However, the Biden Administration says it is handling the border crisis. The White House has announced it’s sending its own delegation to Mexico City on Friday. Secretary of State Antony Blinken, Homeland Security Secretary Alejandro Mayorkas, Attorney General Merrick Garland and others will take part in what is described as a “high-level dialogue” with Mexican officials about security challenges at the border. That conversation will reportedly tackle problems including trans-border crime and human rights issues.

We’ll be keeping an eye on that delegation’s trip to Mexico City. So far the Biden administration’s weak efforts, when there are any, to work with Mexico and Central America on the flood of migrants coming to the U.S., haven’t gone too well. Kamala Harris was embarrassingly ineffective. Blinken, Mayorkas, and Garland don’t inspire confidence if their work up until now is their calling card. There has to be a desire for border security and that desire isn’t in this administration. The open borders are intentional, there is no other way to explain it.