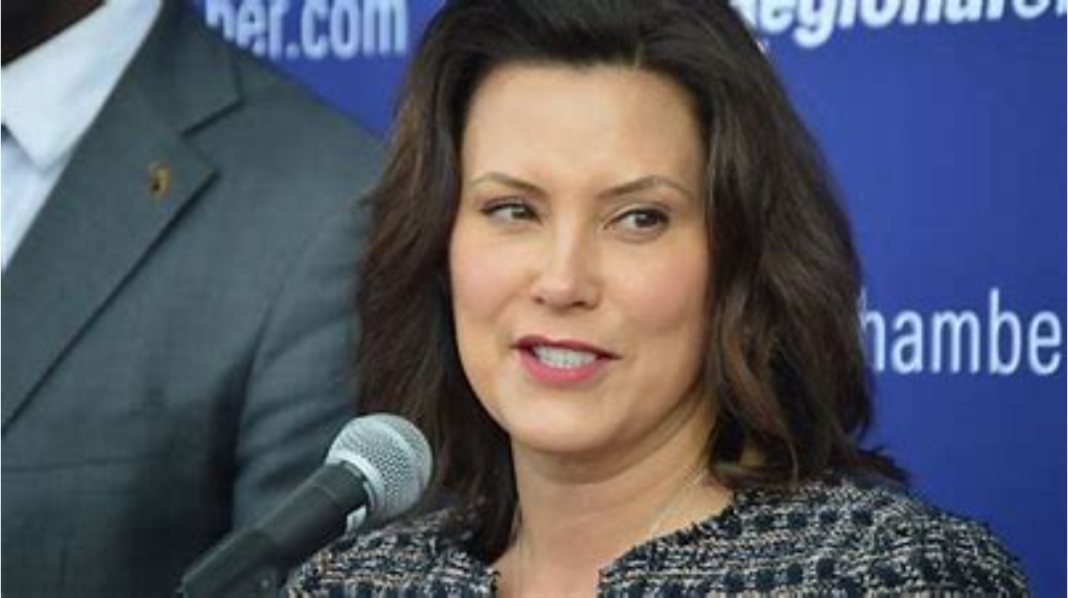 As you likely know by now, the entire Whitmer kidnapping plot sounds like a giant FBI entrapment circle jerk.

The whole thing had a funny stench to it from the get-go, but as more comes out about the “key players” and all the feds and informants, it’s sounding more like a dopey movie plot, than a serious plan to kidnap the (lousy) governor of Michigan.

The latest humdinger to come out involves the so-called “mastermind” of the entire plot, and if you actually believe this guy could “plot” anything, I feel sorry for you, and you probably need a lobotomy.

The FBI is painting Adam Fox to be a sinister anti-government mercenary, but the reality is that Adam is an autistic loner, whose life was a complete and utter disaster.

A Detroit Free Press piece claims that in court documents, the FBI portrays Fox as a rogue militia leader who looked for like-minded individuals on social media to wage a civil war against government officials he believed were overreaching. He was especially angry about Whitmer’s lockdown order,  court records show, and feared gun rights were at risk.

The FBI claims that Fox did all his plotting in the basement of a vacuum repair shop, where he was living because he was homeless at the time.

Interestingly enough, the owner of the vacuum repair shop, who has known Fox since he was a kid, and was letting him live there, had absolutely no idea that anything “nefarious” was going on.

You’d think he’d know *something* was up…

The piece quotes the owner as saying: “He had this thing going on. He was doing it after hours and he was doing it when I wasn’t here. Thank God, there was an FBI planted in his militia, who went to all his meetings, recorded everything. … That cleared me because I had no idea what he was doing.”

Yes, how “lucky” an FBI agent was there, right?

It turns out that the people who strong-minded/civil-war-starter Adam Fox was leading had a nickname for him.

They called him “Captain Autism.”

That’s right, the man who the government claims was about to kidnap a US governor and start a civil war, was being mocked by the “soldiers” in his so-called “army.”

The defense is now arguing that with a nickname like that, it’s awfully hard to believe that the people he was supposedly in charge of actually took him seriously.

Defense lawyers go on to claim it was actually the FBI who drove that diabolical plan, not Fox.

The semi-homeless mentally ill guy that the feds are pretending led the plot to kidnap governor Whitmer (when in reality over a dozen undercover informants & agents were driving the plot) was referred to as “Captain Autism” by the guys the FBI claims he was organizing and leading pic.twitter.com/Kyj4wih9vX

Here’s a closeup of the document:

Many people think this is looking and sounding like the FBI found a guy who was down on his luck and may have had some mental issues, and Autism and they took advantage of this his situation and used him as a “frontman” for their plot to “kidnap” Whitmer and pin it on “white nationalist militias,” which was the current political hot-topic at the time.

People think this is sounding more and more political as the info comes out.

And it also feels like some of those same tactics may have been used at another national event that happened the first week of January, right?

I am sorry, but if you’re calling someone “Captain Autism,” you’re probably not going to commit a federal crime with them. None of this adds up. It sounds like the only “sane” people in the group were the FBI agents and informants… although, one FBI agent was arrested for domestic abuse. Nevertheless, seems very odd.