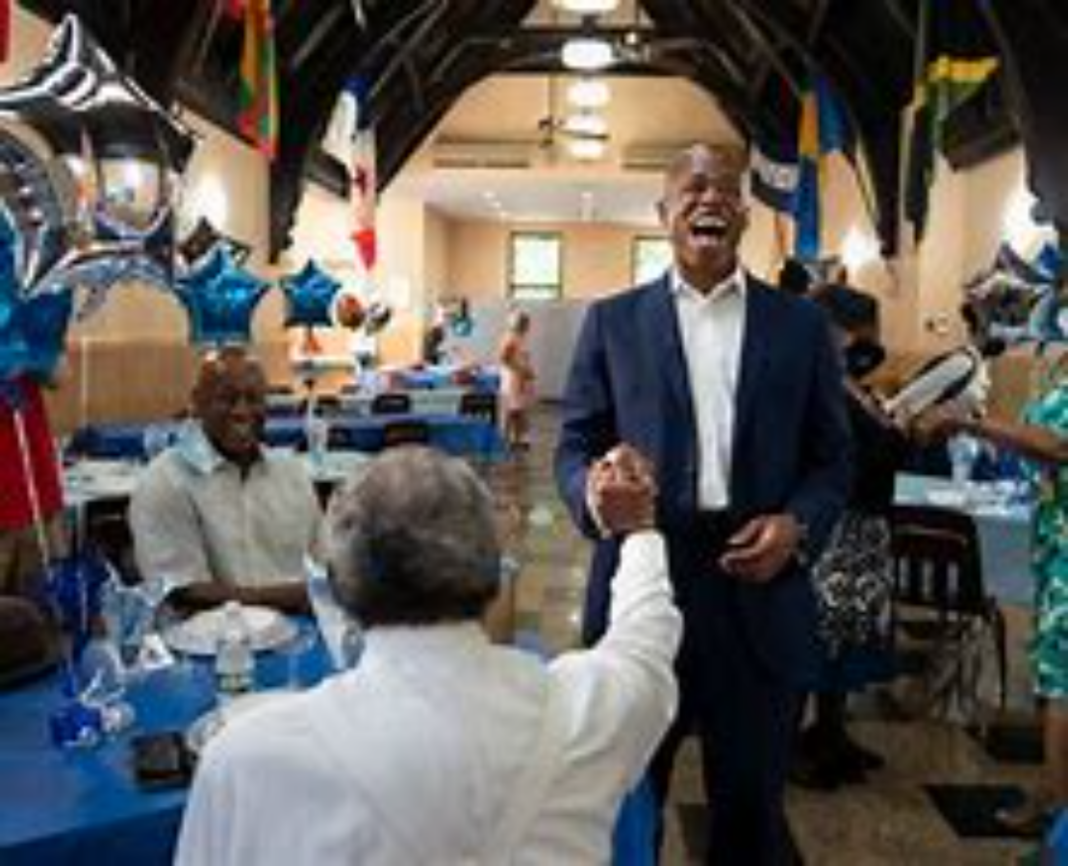 New York City Democrats select their candidates for mayor on Tuesday, in a primary race that’s being seen as an indicator of how voters balance priorities such as crime and police reform. The diverse field also suggests New York could be on the verge of sending its second Black candidate – or perhaps its first woman – into the mayor’s office.

The term-limited Mayor Bill de Blasio is exiting after eight years in office, leaving the door of Gracie Mansion wide open for newcomers who want to lead the country’s largest city. Because New York City leans Democratic, the two Republican candidates have not attracted as much attention as the Democrats.

Election officials are expecting a high turnout on Tuesday, even after more than a week of early in-person voting that ended on Sunday.

Here’s a quick guide to the candidates and the issues shaping the race:

Adams went into politics after a lengthy career as a police officer and captain with the NYPD. He’s currently the borough president of Brooklyn — whose large population means that if it were its own city, it would be the one of the largest in the U.S.

Adams wants to be New York’s second Black mayor, following in the footsteps of the late David Dinkins. As the tight race nears the finish line, Adams has suggested that two of his top rivals (see “Spoilers,” below) are motivated by a desire to keep a Black man out of the mayor’s office.

Garcia was, until recently, the commissioner of New York’s Sanitation Department. During the throes of the pandemic, she was also named the city’s COVID-19 food czar, tasked with helping hundreds of thousands of people cope with food emergencies triggered by the coronavirus. Garcia was endorsed by The New York Times.

Yang pivoted to the mayoral race after bursting onto the national scene — first as a presidential candidate and then as a campaigner for Democrats in key races. The former tech entrepreneur’s candid style has won fans, but his chances took an early hit after he spoke about fleeing New York City during the pandemic. He also has little experience in government.

Yang and Garcia threw a curve ball at their competitors just days before Tuesday’s election, campaigning together as part of a strategy to move up in New York’s new ranked-voting system. As the Gothamist website reports, recent polls have seen Yang in fourth place, trailing Adams, Garcia and Maya Wiley (see below).

Wiley has some of the closest ties to the outgoing de Blasio of any candidate, having spent more than two years as the mayor’s counsel. She’s also a civil rights attorney who’s been endorsed by Rep. Alexandria Ocasio-Cortez. Wiley has “called for moving $1 billion from the NYPD’s $6 billion budget and reinvesting that money in communities hardest hit by gun violence,” as Brigid Bergin of member station WNYC reports.

Shaun Donovan was secretary of Housing and Urban Development during former President Barack Obama’s first term in office. Like Yang, he has presented ideas for sending money straight to New York’s lowest-income residents. Donovan also says he’s the right leader to bring the city through the crisis it has experienced in the past year.

Ray McGuire is a former vice chairman at Citigroup. While he was still with the bank, his team issued a report saying the U.S. has lost trillions of dollars because of its discrimination against Black Americans.

Dianne Morales is a former nonprofit executive who had vied for the title of most progressive candidate in the race. But her campaign was recently engulfed in internal strife, including allegations that staffers were treated unfairly based on their race, as well as campaign workers’ effort to unionize. Her campaign manager resigned after Morales refused to make changes to address some of the complaints.

Scott Stringer, the city comptroller, says he wants to focus on New York’s economy – to help it recover from the pandemic, and to address inequality. But he has recently been accused of sexually harassing two women decades ago. Stringer has denied the allegations.

The two GOP candidates are Fernando Mateo, an activist and entrepreneur who founded the New York State Federation of Taxi Drivers, and Curtis Sliwa, the founder of the Guardian Angels crime prevention group.

Neither Mateo nor Sliwa is expected to make a dent in the overall race, but it should be noted that two of the three mayors New Yorkers have elected since 1994 were Republicans: Rudy Giuliani and Michael Bloomberg.

What voters care about: Crime

The twin issues of crime and how the police should interact with the public are at the center of the race. The topics are more than a reflection of the reckoning that has taken place in the U.S. since George Floyd’s death last year. New York City is suffering from a spike in violence.

“Shootings are up 77% year to date, including a spate of recent high-profile incidents,” as WNYC’s Bergin reported earlier this month.

Adams has made strong promises to crack down on gun violence, saying he wants to bring back a reformed version of the NYPD’s controversial Anti-Crime team, which was disbanded last June. The plainclothes operations were linked to the city’s aggressive “stop-and-frisk” policy; they have also been tied to a high rate of deadly shootings and civilian complaints.

“Many see New York City as a litmus test for the Democratic Party’s views on policing,” Bergin tells Morning Edition. “And people are really going to be watching how voters react here to concerns over public safety and rising crime.”

Other issues on many voters’ minds center on guiding New York into a post-pandemic reality, in areas from education and tourism to the city’s financial future.

In a first, 2021’s mayoral race will be the first time New York City selects its candidates and eventual leader through ranked-choice voting. Voters can pick up to five candidates — a system that can boost the prospects of candidates who turn in strong performances at the polls, without necessarily winning outright.

The method is meant to encourage candidates to build coalitions among voters, rather than rely on an intense turnout from their base.

NPR’s Domenico Montanaro has an in-depth analysis of how the ranked-voting system alters electoral dynamics.