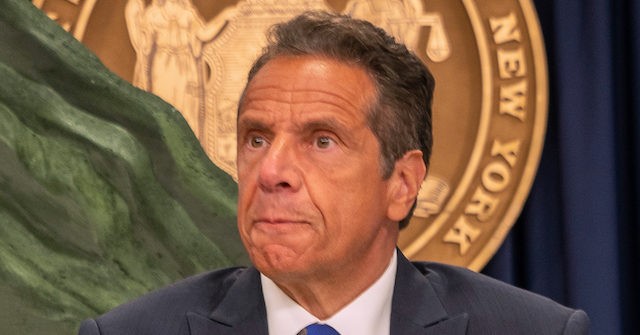 The New York State Assembly Judiciary Committee Chair, Long Island Democrat Charles Lavine, said its investigation of embattled New York Governor Andrew Cuomo could take “months, rather than weeks” to “assess whether there’s evidence that the governor has engaged in conduct that justifies articles of impeachment.”

“Given the breadth and seriousness of the issues under investigation, we expect that the timing will be in terms of months rather than weeks,” Lavine explained during an audio broadcast of a judiciary committee meeting streamed Tuesday.

The committee’s investigation was authorized on March 11. “The reports of accusations concerning the governor are serious,” New York Assembly Speaker Carl Heastie said at the time. “The committee will have the authority to interview witnesses, subpoena documents and evaluate evidence, as is allowed by the New York State Constitution.”

Judiciary committee attorney Greg Andres acknowledged that the public may not get their answers before the results of New York State Attorney General Letitia James’ misconduct investigation into allegations of sexual harassment. “I think it’s more of a recognition that there’s a parallel process happening.,” he said. “We don’t have control over that process, when that report would come out or not. And we won’t necessarily gear our investigation solely on the timing of that report. I think we want to be aware of it, to the extent possible.”

Cuomo is facing allegations of sexual harassment and inappropriate behavior toward women and has been accused of attempting to inhibit the investigation led by New York State Attorney General Letitia James. Yet even that issue may be dwarfed by the governor’s alleged mishandling and subsequent cover-up of nursing homes deaths during the coronavirus pandemic.

In February, the Associated Press uncovered a discrepancy between the 9,056 coronavirus patients sent to nursing home facilities that records reportedly showed, and the much lower numbers reported by the Cuomo administration’s health department. The administration has been accused of underreporting numbers they believed could be “used against them.” As of January 19, at least 12,743 people were confirmed to have died in nursing homes during the pandemic; the original count was 8,505.

New York Rep. Elise Stefanik described the scandal as “a massive corruption and coverup scandal at the highest level of New York State Government,” as she and other lawmakers called for Cuomo’s prosecution. The FBI announced their own investigation of the undercount on March 19.

Despite widespread cries for his resignation, Cuomo has refused to back down from either controversy. “I’m not going anywhere, darling,” he told an especially ardent supporter Monday.