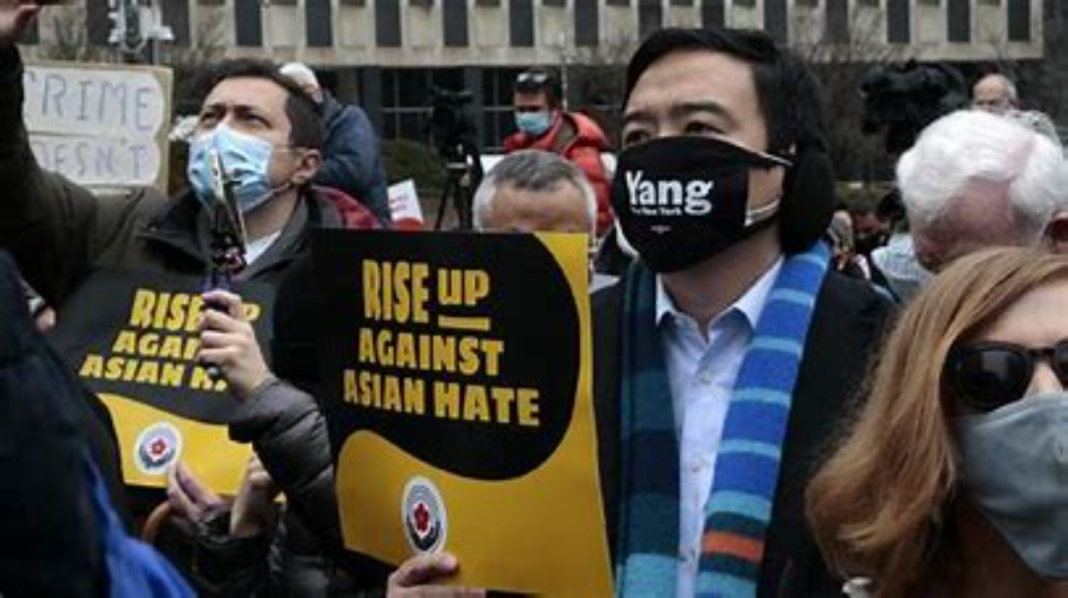 Progressive China doves argue that policies designed to counter Chinese Communist Party malfeasance are one of the main causes of anti-Asian hate crimes in the Covid era. To fight the scourge of anti-Asian violence, they say, we must forge cooperation with Beijing on climate change, abandon clear-eyed rhetoric about the party’s extensive political-interference work, and undo Trump-era moves on China policy.

Progressive advocacy groups such as Stop AAPI Hate have blamed Trump-era rhetoric on “Kung Flu,” “China virus,” and “Wuhan virus,” in addition to the Trump administration’s approach that advocated competition with China on all fronts. President Biden abandoned both his predecessor’s rhetoric on Covid and the previous administration’s single-minded focus on competition. He has also acceded to one of the main demands of Stop AAPI Hate and likeminded groups: that Washington prioritize cooperation with Beijing on climate change.

But none of this has measurably reduced anti-Asian hate crimes. In fact, Stop AAPI Hate is hyping what it claims was an uptick in these crimes in 2021, even though the new administration has taken an approach on China policy that the group can partly endorse. (Only partly because Stop AAPI Hate’s founders maintain that the Biden administration’s efforts to compete with China still exacerbate anti-Asian racism.)

So what’s fueling these crimes? The situation in New York City is a worthwhile example to consider here. As the New York Times reported this year, more than a few of the perpetrators of these attacks are grappling with various forms of mental illness, drug addiction, and other afflictions. What’s more likely to work than a wholesale overhaul of China policy is a combination of stepped-up policing to deter and interrupt attacks and social outreach aimed at engaging people who need help.

Adams said the NYPD will add hundreds of daily visual inspections in the subway by deploying patrol officers from above ground and those working “behind desks.”

If an officer is not responding to a call of service, they will “go into the system in their sector as an extension of their patrol,” Adams said.

The officer will then “do a visual inspection for any criminality or a homeless condition,” the latter of which can be referred to outreach teams.

Hochul said state-funded teams made up of trained professionals such as social workers will be embedded in the subway to develop relationships and trust with homeless people. They’ll work “hand in hand” with teams already on the ground.

The plan wasn’t billed as an explicit strategy for addressing anti-Asian attacks, but it does advance solutions to problems that have been a persistent factor in these crimes. According to NYPD figures obtained by The City, a local outlet, more than a third of the 84 “bias incidents” in the New York City subway system from 2021 involved racism against Asians. That’s not a huge number in absolute terms, but The City notes that there’s likely a lot of underreporting that goes on. It’s also a leap from 2020. The subway figures track with a broader surge in anti-Asian hate crimes in NYC. New York should implement a similar approach above ground, and other cities would do well to follow its lead.

Meanwhile, Stop AAPI Hate and others have objected to increased policing as one part of a broader effort to deter and disrupt attacks, even though there are some indications that boosting the law-enforcement presence in the neighborhoods hit hardest by these crimes works.

Blaming China hawks for a spike in anti-Asian hate during the pandemic was always just a creative way to push a set of policies that had been thoroughly discredited by Beijing’s worsening behavior in recent years. By contrast, it looks like New York City is working on an approach to crime that might actually address some of the key factors involved in anti-Asian hate crimes.