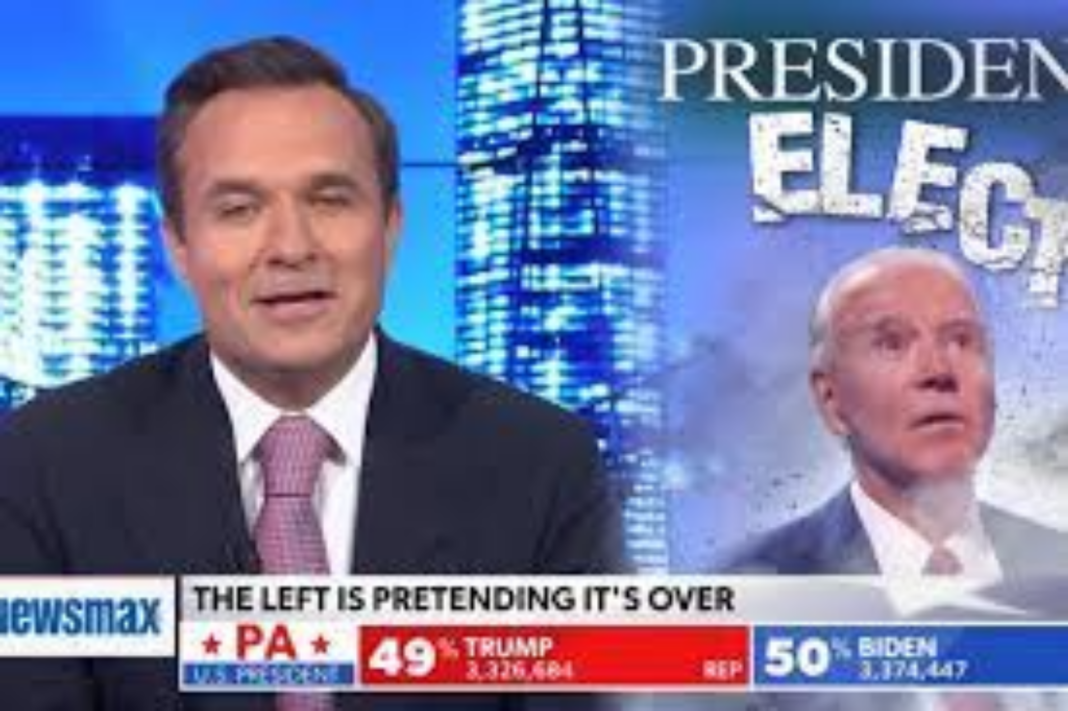 Once it became clear that Donald Trump had lost the 2020 election, Conservative media immediately went to work trying to make him feel better. And a big part of that effort was calling the integrity of the election into question.

Conspiracy theories were a big part of this movement and one of the most prominent theories involved Dominion Voting Machines. The anchors on Newsmax and their guests frequently claimed that the machines were rigged for Biden.

The network was sued by Dr. Eric Coomer, an employee of Dominion. They recently settled with Coomer and issued an apology and retraction.

The statement read in part, “Newsmax would like to clarify its coverage of Dr. Coomer and note that while Newsmax initially covered claims by President Trump’s lawyers, supporters and others that Dr. Coomer played a role in manipulating Dominion voting machines, Dominion voting software, and the final vote counts in the 2020 presidential election, Newsmax subsequently found no evidence that such allegations were true.”

On behalf of Newsmax, we would like to apologize for any harm that our reporting of the allegations against Dr. Coomer may have caused to Dr. Coomer and his family.”

The BLM Protests and the George Floyd Verdict