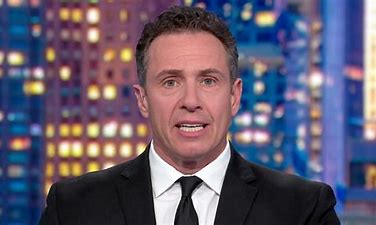 This fall, NewsNation will welcome former CNN anchor Chris Cuomo as a prime time anchor, the network said on Tuesday. As Cuomo wrapped up a lengthy discussion with Dan Abrams for his NewsNation program Dan Abrams Live, the announcement was made live on television.

In Cuomo’s first interview since his firing from CNN, Abrams probed the host about the multiple problems that resulted in his well publicized exit.

Cuomo was questioned on live by Abrams on whether it was appropriate to support his troubled brother, former New York Governor Andrew Cuomo (D-NY), who was facing sexual assault claims. He also requested Cuomo to respond to the accusations of sexual harassment leveled against him.

.@ChrisCuomo is joining NewsNation: The cable news veteran believes he can provide viewers a break from America’s “binary” media when his new show launches this fall. More: https://t.co/TXSo1HxHWI pic.twitter.com/5M9fl1JVxB

Cuomo, who was the network’s most popular personality, was let off from CNN in early December 2021 after being put on administrative leave due to accusations that he had abused his position to aid his brother, who ultimately quit the governorship in disgrace. Following knowledge of a sexual misconduct complaint by the network, CNN has terminated Cuomo. The accusation stemming from Cuomo’s time at ABC News is still being denied by him.

“You stated that I never called the press about my brother’s plight,” Cuomo was questioned by Abrams, who did not believe his earlier denial in the interview that he had pressed the media to slant coverage of his brother. You did contact the media about your brother’s plight, though.

But, Cuomo added, “I believe the distinction has a meaningful difference. “I didn’t call you and ask, ‘What do you think is going on here?’ that would be the cause for alarm. I’m phoning to remind you that you had a section tonight; I hope you remember that.

Cuomo claimed to have taken responsibility for his deeds and insisted that he did not regard himself as a victim of “cancel culture.”

Sean Compton, President of Networks at Nexstar Media Inc., stated that Chris “joins our growing staff of experienced, award-winning journalists and will strengthen our efforts to continue to assure fairness and openness in our news reporting and discussion shows.”

Compton continued, “Multiple media watchdog groups have praised NewsNation for upholding its commitment to provide viewers with fact-based news that affects their lives without opinion or bias. NewsNation boasts of being the fastest-growing cable news network.

In a recent episode of his brand-new podcast, the Chris Cuomo Project, Cuomo stated that he does not identify as a Democrat or Republican. “I cherish my father. My brother is the best. I have the utmost regard for them both, but I’m not a Democrat,” he remarked. “Not merely because I’m in the media, and I’m not here to make any of you feel at ease about being lefties. You should wonder why you are, in my opinion.

In a blatant attempt at a comeback, Cuomo also issued a brief statement regarding his decision to join NewsNation’s prime time lineup. “NewsNation believes in the work I am doing with the Chris Cuomo Project, and I look forward to building something special here,” said Cuomo. “We’ll cover news wherever it happens and have conversations that cater to common concerns and solutions instead of political parties or the political circus.”

Vaccination process is frustrating, imperfect … and filled with small joys...

Black Lives Matter: The Leader of the Proud Boys Terrorists to...

Insurrectionist screams during latest hearing because he doesn’t want to be...