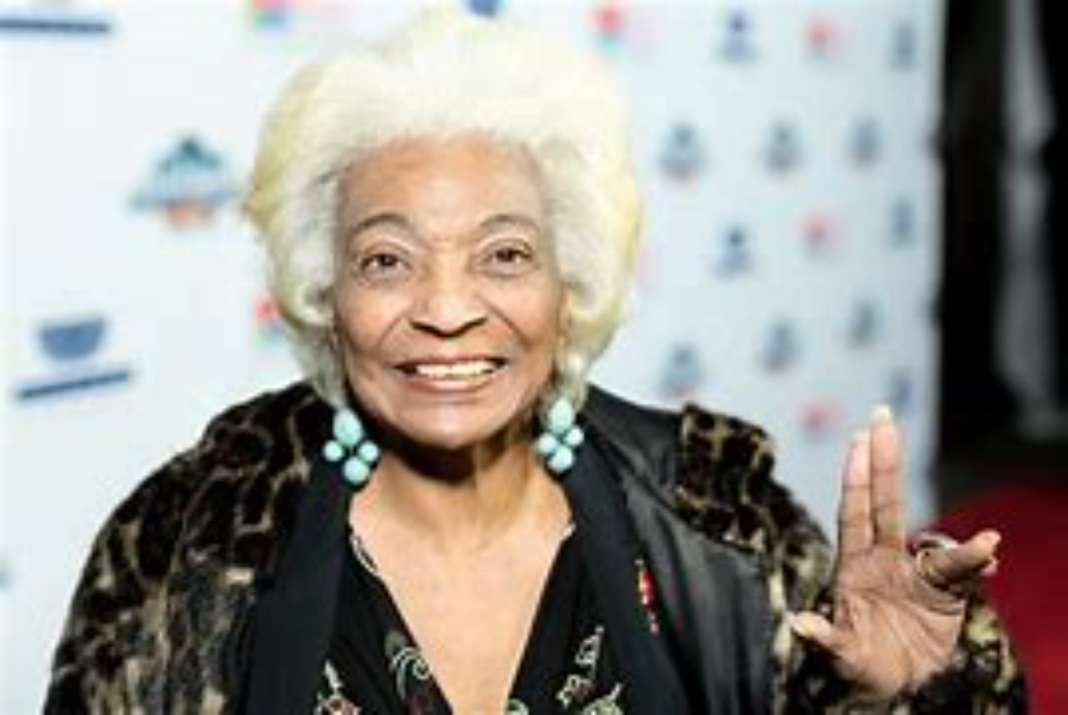 Britney Spears conservatorship battle has gotten a lot of attention this year but there’s another conservatorship battle taking place which involves an aging star from one of my own favorite TV shows. Nichelle Nichols who played Uhura on the original Star Trek series has mostly made a living in the last few decades by attending fan conventions where she is a popular speaker. Other members of the original cast, including DeForest Kelly, Leonard Nimoy and James Doohan have all passed away, but Nichols has kept going and has made a pretty good living signing a lot of autographs.

Now 88, Nichols final days have turned into a 3-way legal battle involving her son Kyle Johnson, her former manager Gilbert Bell and a friend she met nearly a decade ago named Angelique Fawchette. The backstory here is that about 11-12 years ago, Nichols career on the convention circuit was drying up and she was having money troubles. She met Bell who offered to help manage her career. In exchange, she offered to let him move into her guest house for free.

For a time the arrangement seemed to work. Nichols started booking more conventions but both Bell (the manager) and Johnson (her son) say she had a drinking problem and in 2013 she collapsed in her home and wound up in the hospital. That’s where Fawchette entered the picture. She had met Nichols earlier and claims she was the only person there when the actress was close to death in the hospital.

Eventually, Nichols recovered enough to be transferred into a rehab facility but she didn’t want to stay and eventually Bell took her home against doctor’s advice. Nichols signed a power of attorney giving Bell control of her medical care and her finances. Bell claims that he helped get Nichols off drinking and turned her career around. When she had a stroke in 2015, he arranged for her medical care.

In 2013, Fawchette filmed a video in which Nichols said she didn’t want her son telling her not to work and attend conventions. “Kyle, when you pay my bills you’ll be able to tell me what to do,” she said. Fawchette said Nichols home went into disrepair and she was concerned. At this point, both she and Bell agree that her son, Johnson, was rarely around (again, he lived in another state).

When Bell transferred ownership of her house into his name and floated the idea that he and Nichols might get married to solidify their business relationship, that was the last straw. Johnson petitioned for legal guardianship of his mother and all of her assets in 2018 claiming that other individuals were an undue influence on her and that her memory was failing.

After filing the petition, the probate court suspended Bell’s power of attorney, and Nichols’ home was transferred back into her name. Johnson moved to L.A. to serve as Nichols’ sole caregiver and mapped out appearances at conventions, “which allowed us to pull her back from the brink, financially,” he says. “She was completely underwater at her own bank.”

In August 2018, Fawcette went to court to object to Johnson’s petition for conservatorship, arguing that Nichols was able to manage her personal and financial affairs with limited help from a caregiver or assistant. Fawcette accused Johnson of primarily wanting access to Nichols’ income and personal property. In a court response he filed to Fawcette’s petition to enforce visitation rights, Johnson accused the producer of wanting to profit from Nichols’ fame.

In January 2019, Johnson was appointed conservator of Nichols’ person and estate, but the battle continued.

In a video Bell recorded in April of that year, Nichols reads conservatorship documents in her guesthouse. “I didn’t give permission to have conservatorship over me,” she says to Bell. When Johnson enters and leads her back to her main house, she shrieks, “You get your hands off of me.”

Here’s a report including the original video from back in 2019. The screaming really is alarming and it does sound as if Nichols is not at all happy about having her son tell her what to do.

A 2020 deposition of the former court-appointed temporary conservator of the estate, licensed professional fiduciary BJ Hawkins, shed additional light on the substantial financial difficulties Nichols faced. In an analysis, Hawkins cited money that couldn’t be accounted for, poorly written contracts and a significant amount of debt…

In the deposition, Hawkins also said that in her experience with Johnson, he was prone to explosive outbursts of anger and that she had “areas of deep and grave concern that he would not be able to act in the best interest of the conservatee, despite the fact that it was his mother and despite the fact that it is my general position that a member of the family is in the best position to act in the role of conservatorship of the person.”

Last week Nichols home in a suburb of LA was sold for $2.2 million. Bell, the ex-manager, says he hasn’t seen her in two years. Johnson, her son, says she is living in a rental in New Mexico but wouldn’t let reporters for the LA Times talk to her. Fawchette, the friend, is working with an attorney trying to get access to see Nichols again.

It’s shaping up to be a very sad ending for an aging star who inspired a lot of people along the way. This clip is from March of this year.