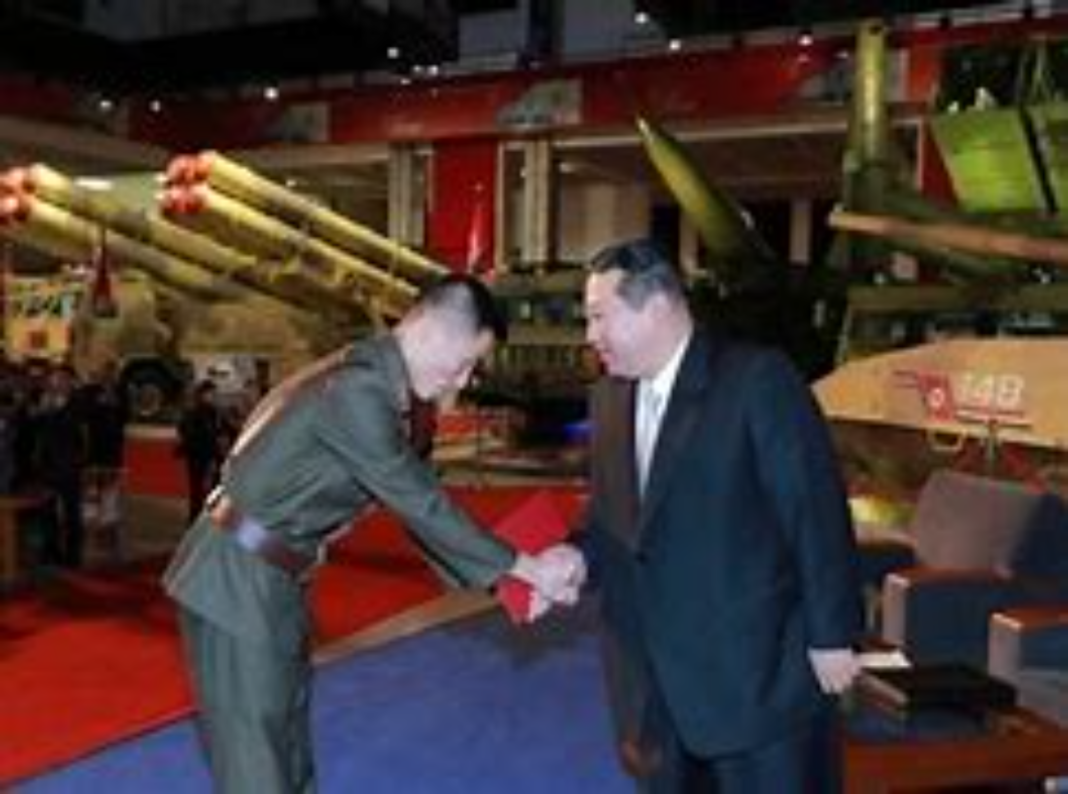 The US is the “root cause” of instability, he said in an opening speech at a defense exhibition, according to the official Korean Central News Agency.

Pyongyang is under multiple international sanctions over its banned nuclear weapons and ballistic missile programs, which have made rapid progress under Kim.

In 2017, it tested missiles that can reach the whole of the continental US and carried out by far its most powerful nuclear explosion to date, and Pyongyang says it needs its arsenal to protect itself against a US invasion.

The Biden administration has repeatedly stated that it has no hostile intent toward the North, but Kim told the “Self-Defence 2021” exhibition: “I am very curious if there are people or countries who believe that.”

“There is no basis in their actions for believing that it is not hostile,” he added, according to KCNA.

Kim’s address came after the North in recent weeks tested a long-range cruise missile, a train-launched weapon, and what it said was a hypersonic warhead.

In 2018, Kim became the first North Korean leader ever to meet a sitting US president at the headline-grabbing Singapore summit.

But the talks process has been largely at a standstill since a second meeting in Hanoi the following year collapsed over sanctions relief and what Pyongyang would be willing to give up in return.

The Biden administration has said it is willing to meet North Korean officials at any time or place, without preconditions, in its efforts to seek denuclearization.

Washington and Seoul are security allies and Washington stations around 28,500 troops in the South to defend it against its neighbor, which invaded in 1950.

The South and the United States held joint military exercises in August. The wargames always infuriate Pyongyang, which decries them as preparations for invasion.

Seoul is itself on a multibillion-dollar drive to step up its own military capabilities, successfully testing its first submarine-launched ballistic missile in September — putting the South among an elite group of nations with proven SLBM technology — and revealing a supersonic cruise missile.

Last week, Pyongyang and Seoul reconnected their cross-border hotline in a sign of thawing ties, with only a few months left in office for the South’s pro-engagement President Moon Jae-in.

But Kim accused Seoul of “reckless ambition” and a “two-faced, illogical” attitude.

Their “unrestricted and dangerous attempts to strengthen military power are destroying the military balance on the Korean Peninsula and increasing military instability and danger,” he added.

The exhibition is part of the commemorations for the anniversary of the foundation of the ruling Workers’ Party, and included aerobatics flights and martial arts displays.

Pyongyang closed its borders early last year to protect itself against the coronavirus pandemic that first emerged in neighboring China, its key diplomatic ally and main provider of trade and aid.

The North insists it has had no cases of the disease — experts doubt the claim — but the self-imposed blockade has isolated it more effectively than any sanctions regime and has hit its economy badly.

Kim referred to the “grim situation” in a lengthy speech to mark the party anniversary, calling for discipline and loyalty.

A United Nations expert panel said this month that the North had continued to pursue its weapons development despite its economic travails.