Roce Today – Politics, Opinions, Gun Rights,Pro-Life and Border Wall
Home Politics Not Even CNN Could Spin Biden’s Latest Poll Numbers As Anything But... 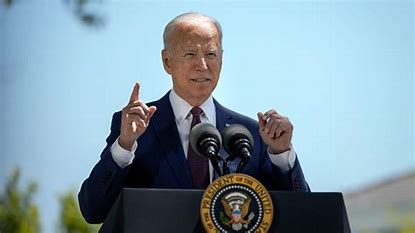 “I compare it to Carter at this point in his presidency,” Harry Enten told Cooper on “Anderson Cooper 360.” “Look at the disapproval rating Joe Biden has on inflation right now. It’s over 70%. Carter was not even there at this point in mid-1978.”

“When you’re doing worse than Jimmy Carter’s doing in the minds of Americans on inflation, you know they’re holding you responsible for the conditions that are currently on the ground that are hurting Americans in their pocketbooks,” Enten said.

Enten noted that monthly consumer sentiment was the worst since the University of Michigan began tracking it in 1952, with 1980 posting the second and third worst measurements.

The Consumer Price Index increased by 8.6% year-over-year in May, the highest since 1981, according to the Bureau of Labor Statistics. The average price for a gallon of gas is over $5, AAA reported.

“On the generic congressional ballot, we’re going back to 1938, this is the best – I repeat – the best Republican position on the generic congressional ballot basically of all time at this point in a midterm cycle,” Enten said. “And if you look at any other ones that are anywhere close, 2010, 1998, 2002, who won in those midterms? All of them resulted in Republican majorities.”

The White House did not respond immediately to a request for comment from The Daily Caller News Foundation.

DOJ has ‘concerns’ about Purdue Pharma plan to exit Bankruptcy