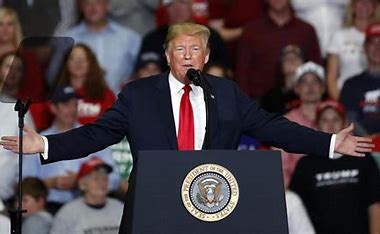 On Friday’s Situation Room with Wolf Blitzer, CNN reporter Melanie Zanona claimed that Rep. Tom Emmer (R-MN) had instructed some GOP candidates to avoid bringing up the name of the former president.

“I am informed that Tom Emmer, who leads the House GOP’s campaign arm, has been quietly advising some Republican candidates in competitive districts to avoid the Trump topic and to avoid becoming sidetracked by the former president while they are out on the campaign trail,” Zanona added. So it is very evident that GOP leaders want Joe Biden to be the focus of the upcoming midterm elections rather than Donald Trump.

She continued by saying that she had spoken with a few of the Republican candidates competing in the anticipated close elections.

She remarked, “They stated they do try to avoid talking about Trump. “One of them claimed that they only bring him up when questions about Trump are raised. Another person claimed they never refer to him by name. And all they do is try to concentrate on his policies.

Zanona said that given the way Trump frequently dominates the news, particularly now that he appears to be considering another run for president, it has been challenging to heed this counsel.

There is a great deal of Republican anxiety about how all of this would affect their attempts to recapture the House majority, she added.

We want you all to remember that as we come closer to the 2022 midterms, you’re going to hear a lot of misdirection and misinformation. Stick with us to sort out the mess and keep you informed.