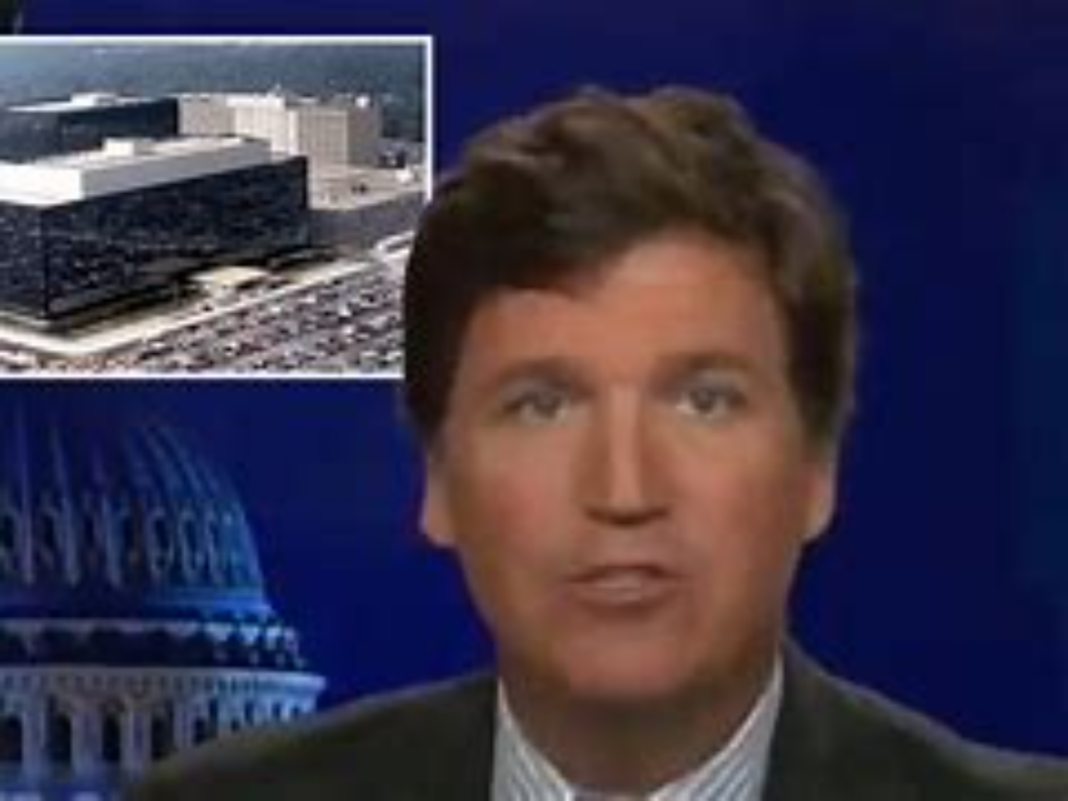 Last week I wrote about Tucker Carlson’s plausible accusation against the NSA, which he claims collected his emails and texts and leaked them to the press. The intelligence agency responded with a rare, but slippery, denial, using a term of art to maintain that Carlson was never an “intelligence target of the Agency.” As we know from Obama-era abuses, this means absolutely nothing; intelligence agencies regularly lie on FISA warrants, partisan political appointees regularly unmask Americans caught up in spying for any reason they see fit, officials selectively leak information to smear opponents, and journalists are happy to help. What the NSA didn’t do was deny having spied on Carlson.

Earlier today, Carlson went on Fox Business Network and alleged that a journalist had repeated back details of his emails only known to two other people. This afternoon, Axios reports that Carlson was communicating with U.S.-based Kremlin intermediaries about a potential interview with Vladimir Putin around the time he made the spying claims.

This seems like a significant leak. It’s exceedingly unlikely, of course, that the NSA targeted Tucker directly. It is conceivable that he was caught up in surveillance. And, as Axios notes, even if foreign nationals were on American soil, the NSA could monitor their communications – and Carlson’s. The NSA has regularly overcollected domestic transmissions of American citizens. There is basically no oversight. Even when law enforcement is caught in corruption, no one is held responsible.

But, it seems to me that in any scenario in which Carlson’s texts and emails are absorbed in surveillance, his identity would have to be unmasked by a Biden administration official, which is only legal if it allows them to better understand the underlying intelligence. What intelligence value could a television host looking for an interview possibly have? NBC News’ Keir Simmons interviewed Putin only a month ago. Surely that interaction was set up through intermediaries as well. Were his emails and texts collected? Was he unmasked?

Again, we don’t know if Carlson’s claims are valid yet. (The leaking would be a criminal offense.) But American law-enforcement agencies have been spying on journalists for decades, so we have every reason to be suspicious.

Of course, if something of this nature had happened to a well-known liberal personality during the Trump years, we’d be at DEFCON 2 of a Watergate-level meltdown tonight. Yet, even if Carlson’s claims turn out to be true — and we may never know definitively — I suspect those who dismissed them will  rationalize the spying, either because the host was speaking to Russians or because they don’t like his political positions. We’re almost surely going to be plunged into another preposterous semantic debate over the word “spying.” But the fact is that a Left that once led the charge against domestic-spying abuses now seems pretty comfortable with the idea — if the target is right.

Asian Americans are the fastest growing group in the U.S., report...